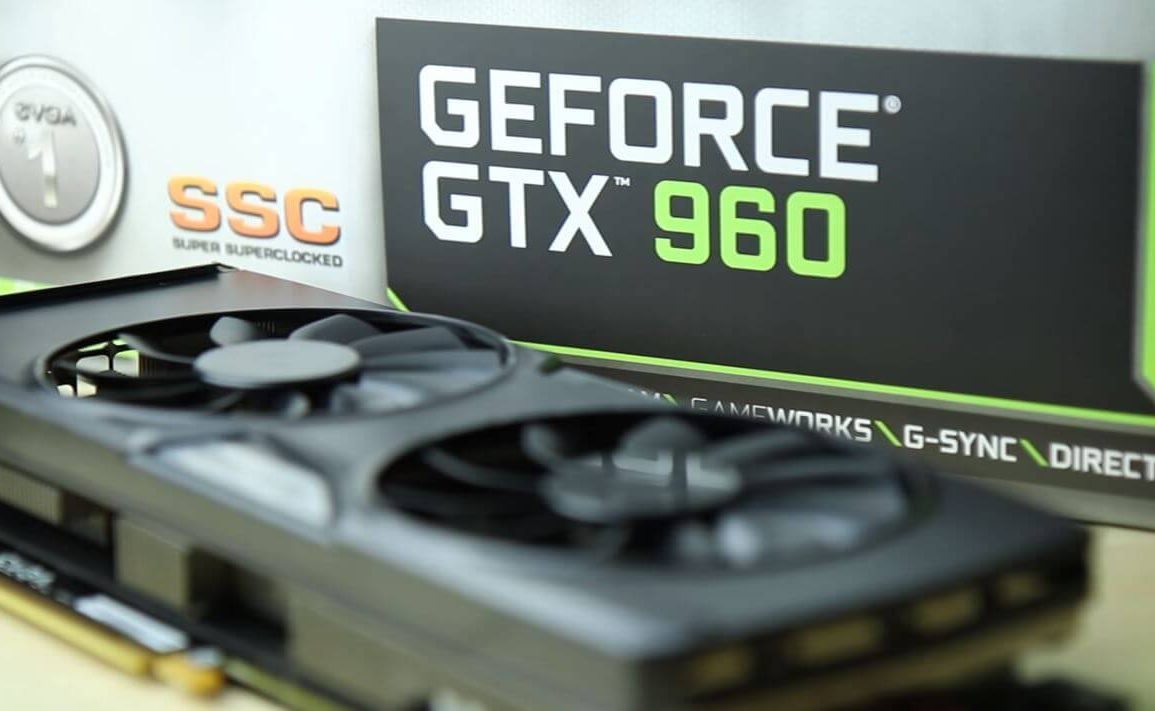 I’ve seen that question hundreds of times in various forums, sites, and videos. Obviously, we know that Oculus Rift wants us to start with GTX 970, and then start asking questions, but is GTX 960 really that much worse for virtual reality?

Update 2018:If you are looking for cheap GPU, check out this article on VR PC’s!

I remember when Oculus released recommended specs for the first time. People were quite surprised to see such high demands. We knew that VR wanted a lot from your computer, but we weren’t expecting the need to have our computer upgraded.

We were more than fine with playing VR with our 6xx’s and 7xx’s. Now all of a sudden, you have to have a card that costs at least 300 dollars…

Motion sickness happened. And the biggest reason for that happening was not enough frame rate. Of course, there are many different reasons for people getting sick inside an Oculus Rift, but your fps in games is one of the big reasons as to why people couldn’t be playing VR games for longer periods of time. You needed a bucket next to you at all times, just in case.

Personally, I think they went with such high demands just to be sure that people were getting an absolute best experience with a consumer version of Oculus Rift. In case people were saying “ Oculus Rift and VR sucks”, they would have an answer like “Look at your hardware. You are running on a potato”. And in this case, GTX 960 is the potato.

But could this potato run VR games flawlessly? 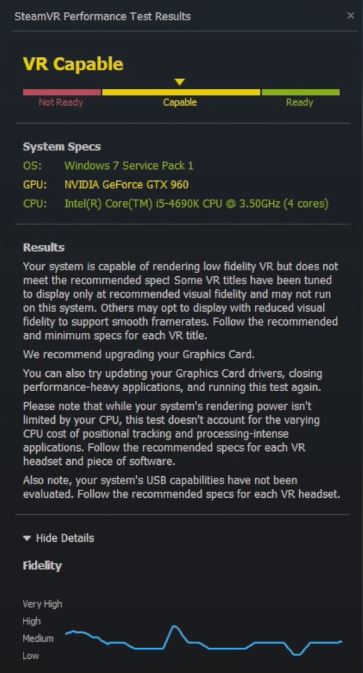 It actually can “play”, but not “flawlessly”. In SteamVR performance test results, it will show you that GTX 960 is capable (which is more than I expected), but not recommended for VR.

Low fidelity, meaning lower graphics settings will help your GTX 960 to cope with the pressure that VR pushes on GPU’s, but you will be under constant fear of not being able to run some certain VR games that are visually more demanding.

Every developer right now is developing games for GTX 970 cards and higher, so they don’t expect you to have something less. You probably will be able to run it, but there is a risk of you having frame rate issues which will hinder your VR experience.

The only way to theoretically fix it is to buy another GTX 960 and have it in SLI. That will make it equivalent to GTX 970, but not better than that. By looking at the test results, GTX 960 SLI will have slightly fewer frames per second than GTX 970 in the SteamVR performance test.

But going with double 960’s would cost you even more, and in the long run, may even cause you troubles due to SLI systems not being supported in some Oculus Rift games. So the question pops up, why even go with SLI?

You shouldn’t, and that’s it. In previous GPU generations, you might have gotten more performance from x60 series than if you would go with single x70, but GTX 970 performs so much better than GTX 960 that it’s a sin not spending an extra 100 bucks for a GPU. GTX 970 is that good.

Even GTX 980 doesn’t give you THAT much more performance for the value. Only GTX 980ti in VR leaves 970 in the dust.

Going with GTX 960 right now may save you some money (if you don’t have one), but if you already have one, and don’t want to invest a lot of your hard-earned money on GPU’s, wait till (Link above: It’s out!). I truly believe it will be one of the biggest leaps in-between generations in terms of performance just by looking at how much they’ve improved their hardware and software lately. In the meantime, overclock your GPU to the max for Oculus Rift.

If you want more VR related articles, be sure to follow Rift Info on social media!