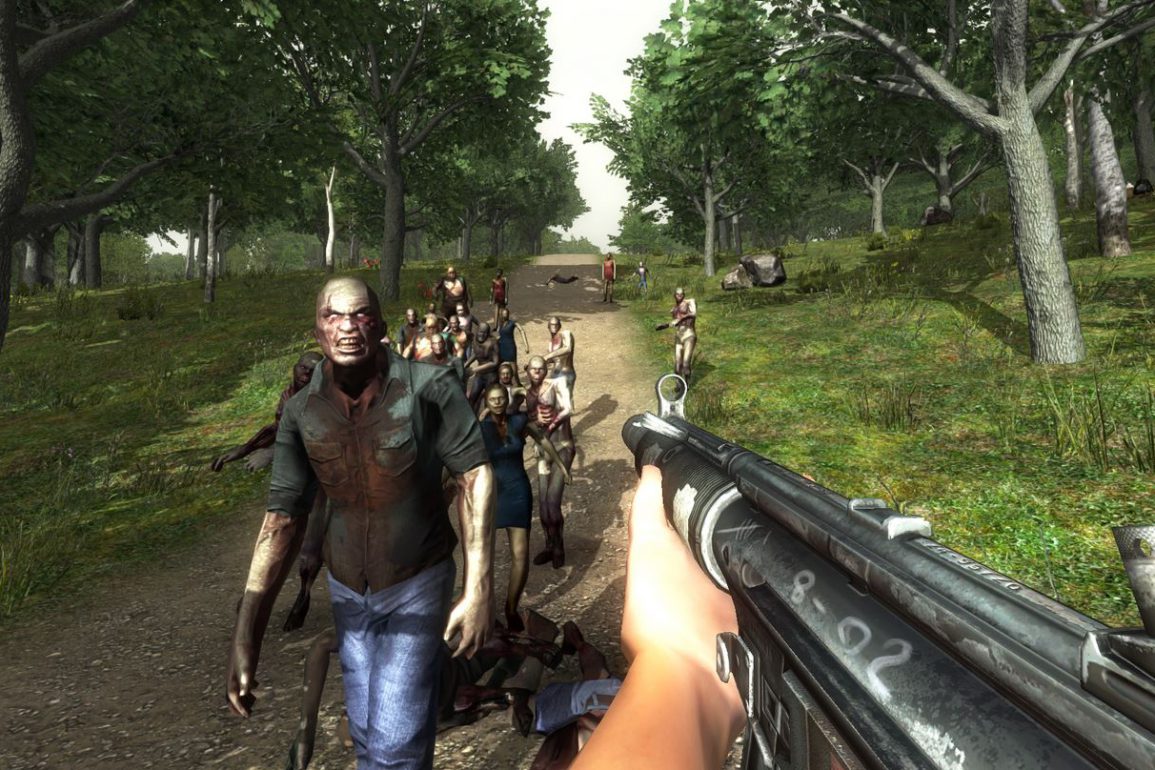 7 Days to Die on the Oculus Rift – About – Trailer 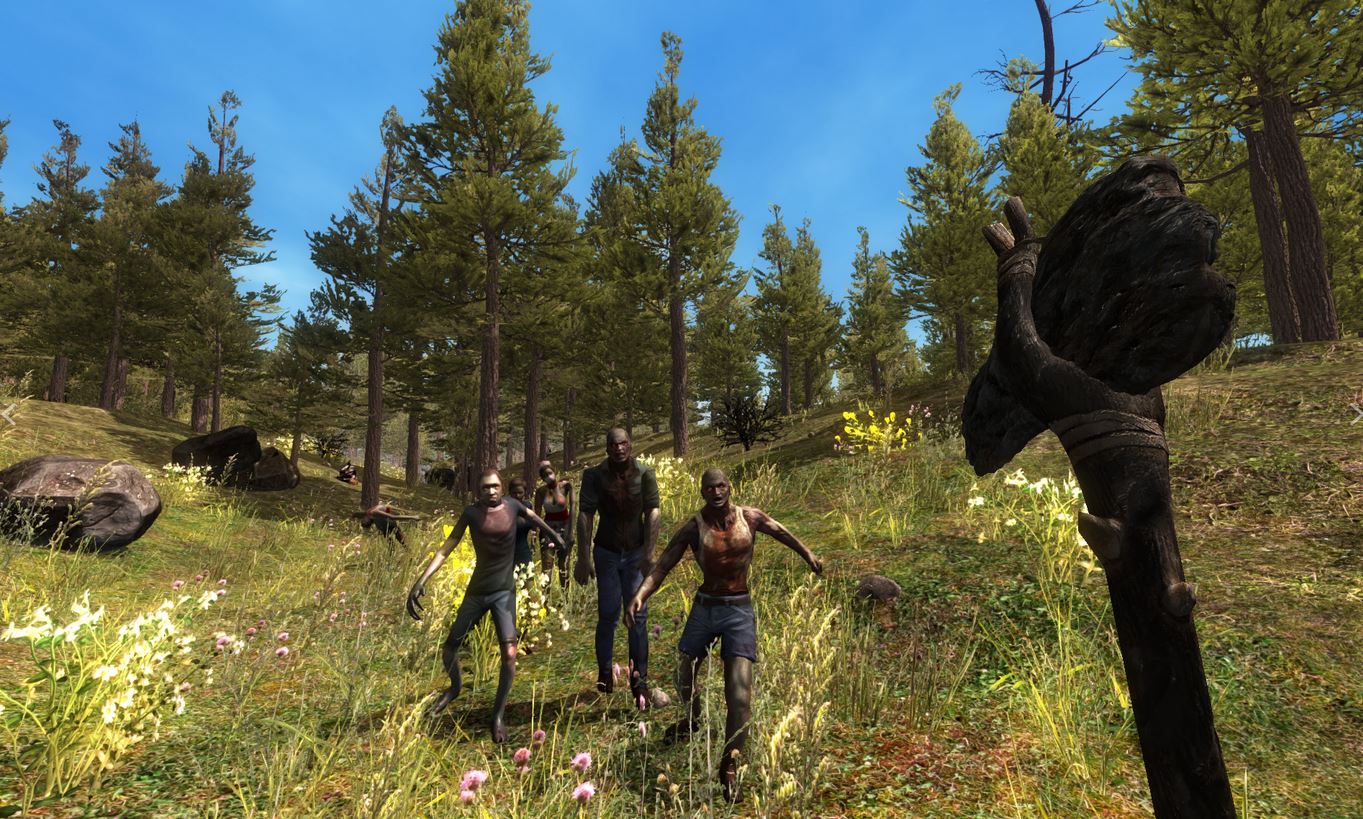 About 7 Days to Die

From the ashes of the 3rd world war rises an unknown virus which transforms the surviving humans into an army of the animated dead, acting as a single-minded being.You play a survivor trapped in the savage zombie infested world of Navezgane County Arizona one of the last true Eden’s on Earth. 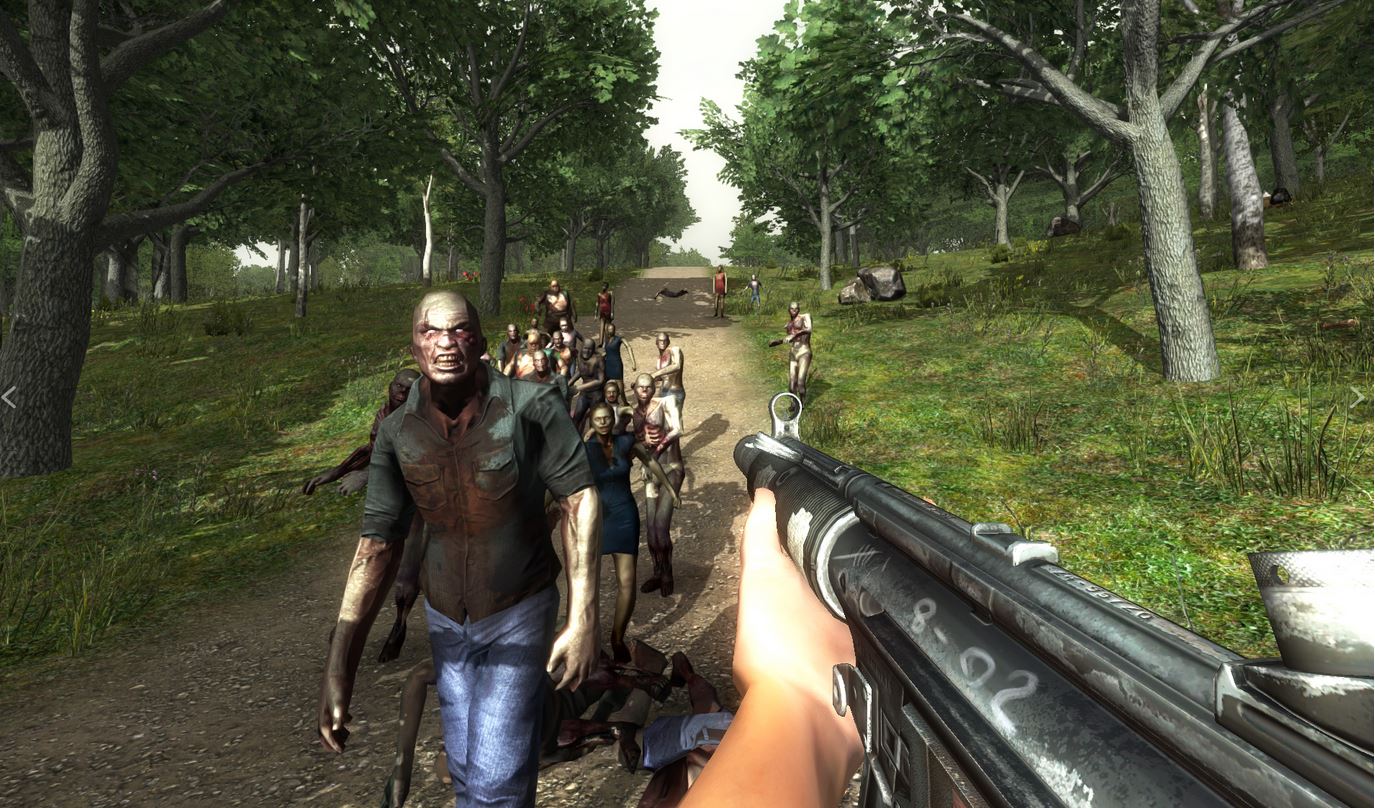 Basic Survival – Scavenge the world for food and water maintaining and boosting health, food, stamina and hydration levels. Grow and harvest a variety of crops and hunt, track or domesticate a multitude of wildlife to live off the land.

Day and Night Game Play – Spend the day looting, mining, crafting and building up your forts defenses as light slows down and weakens the zombies. Hold up somewhere safe at night as the lunar cycle speeds up and strengthens the zombies.

Upgradable Fort Building – Player built structures are assembled from framework which can be upgraded supporting both wood and cobblestone upgrade paths. Hammer away just like real building and use Land Claim blocks to protect your fort in PvP.

Relentless and Special Enemies – Enemies will claw, jump, climb and break their way through the world in order to get to you. They can see, smell and hear the player and can work in a group. And watch out for the unique special infected enemies like the Acid Puking Hulk whose acidic vomit can melt blocks.

Block Physics and Stability – Our Physics System simulates real-time structural integrity, durability and mass. Blocks don’t float in the air nor can you build an unsound unsupported structure. Build it right or watch it come crumbling down. Weak blocks can even fall from the weight of the player or zombies.

Stealth and Distraction System – Crouch and sneak your way past enemies or throw objects to distract them. Find or craft sight, sound or smell deterrents and attractor recipes and items to exploit the sight, hearing or smell of the zombies to throw them off track.

Solo, Cooperative and Multiplayer – Play solo, coop or multiplayer in our unique Zombie Nomad Mode be a human, a bandit or a zombie for a no rules experience. Watch the leader boards and fight to be the Big Clan of the Wasteland or the Duke of Navezgane.

Creative User Tools – Build your own worlds and play them with friends using the Creative Mode Tools featuring hundreds of block shapes, prefabs and random generation tools. Create dedicated servers with your own unique game rules and settings.