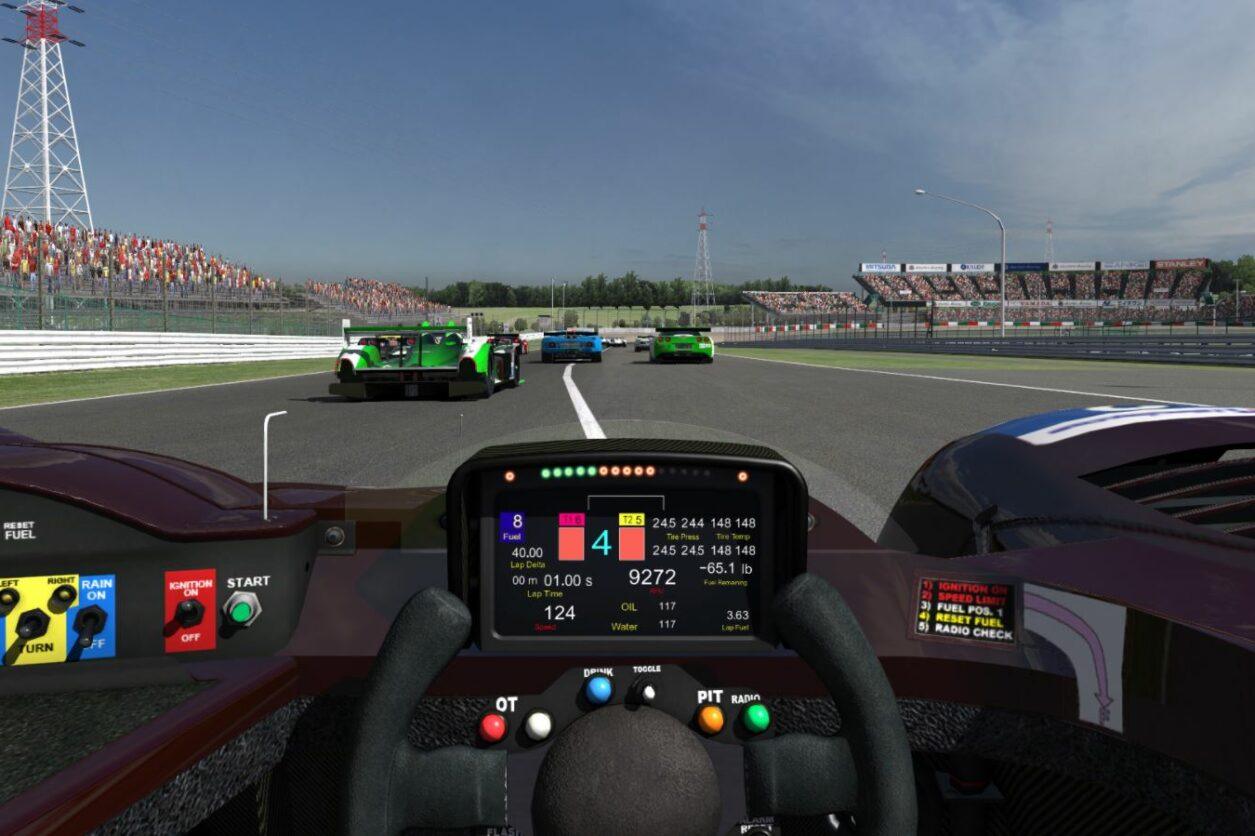 Looking for the best iRacing and Oculus Rift Settings in this Covid-19 riddled year?

I got you. As an owner of VR headsets and a big-time lover of game steering wheels (own G29), I have asked this question myself.

It’s the sim of choice for several high-profile virtual motorsport competitions, and is tipped by actual racers as being the closest thing to being on track.

So why wouldn’t I want to get the best VR setup for it?

So, let’s start with the basics:

1. Go to iRacing membership page and choose your preferred option ↓

As you see, there are multiple options, and if you are new, you get a huge discount. 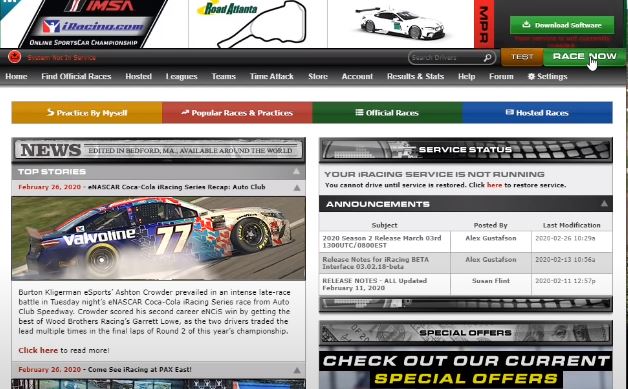 3. Once you have downloaded and installed the program, return to the page shown above and click on the settings ↓

5. ‘Auto-Configure Graphics Options’ window will open up. In display adapter dropdown, choose the one your Oculus Rift is configured to.

7. Once that is done, open your rendererdx11.ini file, which is located in the documents/iRacing folder.

8. You’ll see a value called ‘autovalue’. Change it to 1.  That will make sure that you won’t get those annoying ‘Oculus Rift Connected’ popups every time.

9. Click on mail subscription and sign up for mail! I am joking, you don’t have to. But I would appreciate it.

I won’t spam you with VR tips, I promise.

These are the settings that I have used and enjoyed.

Unlike the previous settings for installation, these ones are not mandatory. You can change them to your liking.

What I did here was making sure that the game looks pretty enough while it hits that 80 fps mark which Oculus Rift requires.

It doesn’t really matter what fps there is. Oculus Rift and Rift S will still use the highest resolution, as well as fps (which is 80).

UI Zoom is around 150% for me when I play on a regular monitor, but it would be too in-my-face in VR. Use 80% for your Oculus Rift.

It’s basically the Single Pass Stereo technology that almost all VR developers use. It gives you more frames by avoiding CPU-overhead.

I don’t really care how the sky looks, and on top of that, they take too much of my computer’s resources. Crowds especially.

That is what you focus most on, so it’s best to have it as high as possible.

As I said before, you can change them to your own liking, as it really depends on your PC’s power. I use RTX 3070.

Motion blur is useless in VR, so unless you like your computer needlessly draw power, it’s best you leave that at OFF.

Basically set it to the max for what your VR headset can produce.

Higher than that, and your fps really starts to take a dip. At least it does with my GPU.

I have them both on, as they don’t really that many resources anyway.

With this setting, you can play around to your own preference and framerate.

Any higher and the fps starts to dip drastically as well.

A huge framerate consumer. Leave it as 0, unless you have a beast of a computer.

This one creates a huge visual difference, while it doesn’t really touch your fps as much.

I don’t like seeing arms in regular monitors as I get the feeling I have 4 arms. Since you don’t really see your real hands in VR, it’s best to set it to ‘show driver arms’.

They are quite useful, just like in real life.

I don’t need it ticked, but if your system can allow it, why not.

You don’t really need it. Real mirrors make everything much more realistic, so I leave it as OFF.

It takes too much memory with Oculus Rift, so I have it as off.

In control settings, make sure that the recenter button is configured to the button of your liking.

I have it as my Playstation main button on G29.

Click on Test, get seated as if you are ready to drive, and then push the ‘recenter HMD’ button.

The next thing to do is to adjust your mirrors. That can be done in Graphics Adjustments: 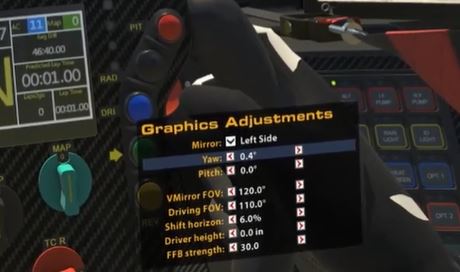 All this is for personal preference, so change them as you like the most. After all, you are not the same height as me.

All the other settings are not as important for VR, so you can change them however much you want.

If you have any of your own suggestions or tips, leave them down in the comments! 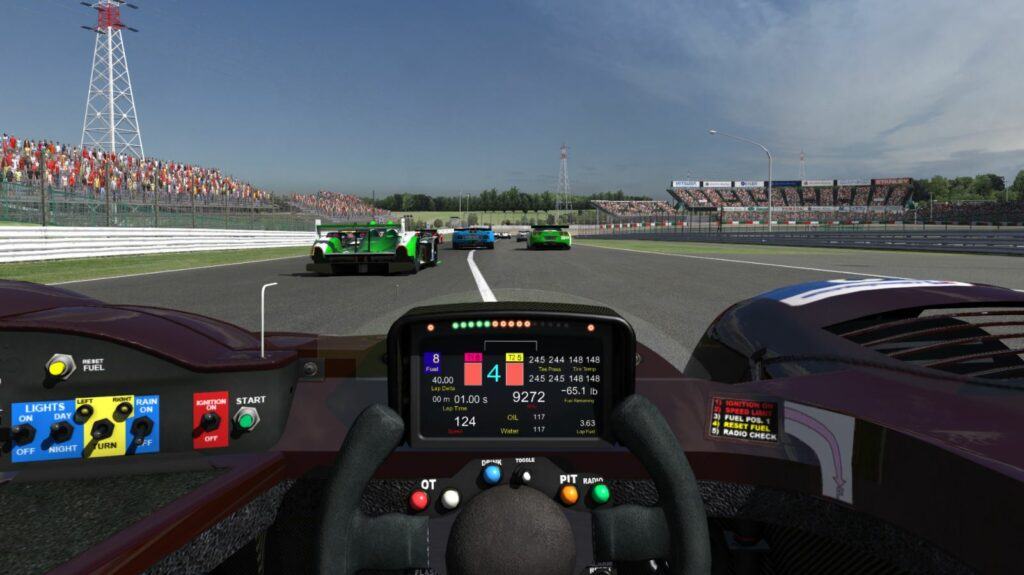 iRacing is a perfect game if you want to test your VR for racing. It has plenty of realism to add to the realism that VR already offers.

Does it make your track times faster?

That is up for the debate, but it certainly makes racing more fun. Oculus Rift, and VR, in general, can be considered as a link to a made-up world. It brings us closer to what real racers feel every day of their rallying.

Maybe soon we’ll have real haptic feedback in terms of force and gravity, but having your eyes in real 3D is a big jump on its own.

If you are on the edge, I definitely recommend you try iRacing and Oculus Rift S for this (or whatever VR mask you have). The steering wheel will add to the experience a lot as well.