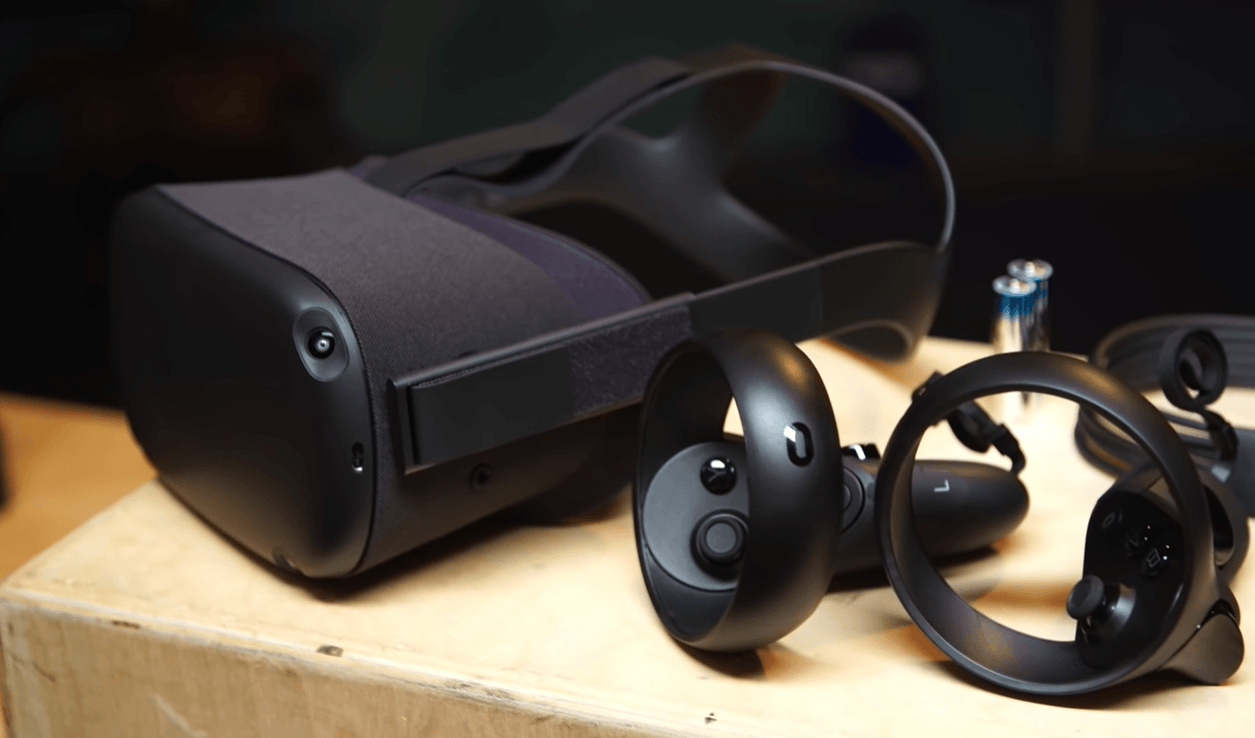 So, you are probably looking for something affordable, yet powerful enough to give the best VR experience, right? You are in luck. There are VR headsets for that, but not many.

In fact, for the price range of about 400 bucks, there are only two.

I know what the landscape is for VR headsets, and it seems that there truly aren’t better ones. For example, I don’t recommend Vive anymore for many reasons. Original Vive isn’t competitive with the choices below, and more expensive ones like Vive Pro or Cosmos are just out of “affordable” price range. In addition, Vive Pro doesn’t even offer anything more than deeper black colors and the wireless option. That’s good, but not good enough to be on the list.

So, without further ado, meet your best mid tier VR headsets (and no, I am not biased despite my site name having the name “rift” in it 😉 ): 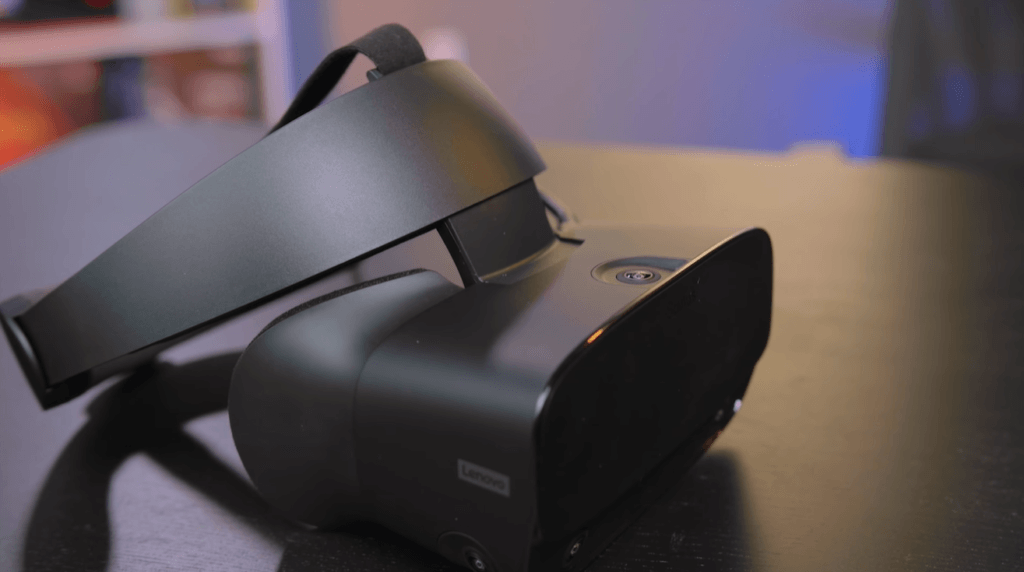 Meet the Head-Mounted Display (HMD) that is “out of stock” at the time of its writing. The popularity is apparent, it seems. I am sure it has nothing to do with Covid-19, right guys?

Well, it might actually be the case. Oculus has redeemed its name with Rift S, showing admirable performance considering how much it costs. I would go out and say that Rift S has the best price to performance ratio out of all available VR headsets.

It has one of the best ergonomics, the tracking is superb with the recent update, the display is crisp enough, and controllers are intuitive. All that available for an affordable price.

Rift S doesn’t really stand out with anything particular like Pimax VR headset or HP Reverb, but it does everything at a high enough level to even be competitive with the top dogs. There is really no other way around it.

The games that Oculus has, is also one of the strong points. They have sponsored game developers moneteraly to such a degree that some killer VR applications have emerged. That is something other VR headsets, apart from Valve, don’t have. Back when Oculus started with the first VR mask, they knew that content has to be as diverse as possible to attract people. That’s why Facebook and Oculus focused strongly making their own store – which is called Oculus Store, surprise, surprise.

In conclusion, Oculus Rift S that was released in March 2019, performs strongly, and is perfect for those that don’t want to spend big bucks, but don’t want a lesser experience. 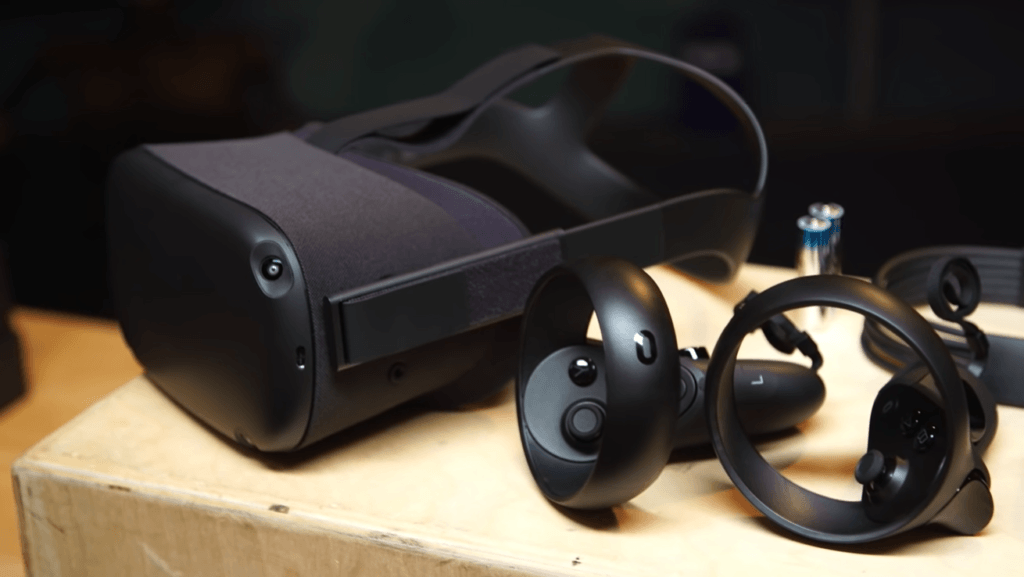 Well, will you look at that… another one from Oculus! I swear I am not biased. It’s just Oculus truly dominates the mid tier market of VR headsets. Oculus Quest is another great VR helmet that gave us a pleasant surprise recently with the Oculus Link technology.

As you might now, the selling feature of Oculus Quest is its independence from computers. It runs without any external PC’s and it’s super convenient to most users that are new to VR. Well, with the recent news, you can now buy a cable that connects to your PC and you will be able to play ALL virtual reality games. Even Half-Life: Alyx, a game that is most demanding in terms of VR hardware.

That’s why it’s so good, that’s why many give it such a high praise. Even though it cannot compete with true PC VR experience as a stand-alone, it’s mighty close to that. Heck, in some parts it’s actually even better. For example, the colors are much more vibrant on Quest, as opposed to Rift S. That comes down to what screen light emitting technology a VR headset uses:

Rift S is using LCD which means higher pixel density but less colorful; Oculus Quest uses OLED which means less pixel density but better colors. That means, black colors are truly black on Quest, while Rift S and Valve Index will have greyish blacks. Question which is better actually comes down to personal preference. Many prefer better picture clarity whereas others want truer blacks. I lean towards latter.

Whatever the case, the freedom is what Oculus Quest sells (americans must love it). Freedom to move without being tethered and freedom to carry it with you anywhere you want is appealing to many. If you are one of them, you won’t be disappointed. It is a well thought out VR helmet made by a company that has lots of experience.

There are some new VR Headsets coming. Oculus already leaked codenames like “Del Mar” for their upcoming VR helmet. In my personal opinion, it won’t be in the mid tier category for obvious reasons. High end VR device is probably what is coming next for us to diversify their lineup.

Valve, HP, and Microsoft are currently working together to bring a next generation of Reverb mask. HP Reverb G1 was known for extremely high resolution imagery. I wonder if the price will match what Oculus has to offer right now.

I’ll keep this article updated. Comment if you have anything to ask or add!