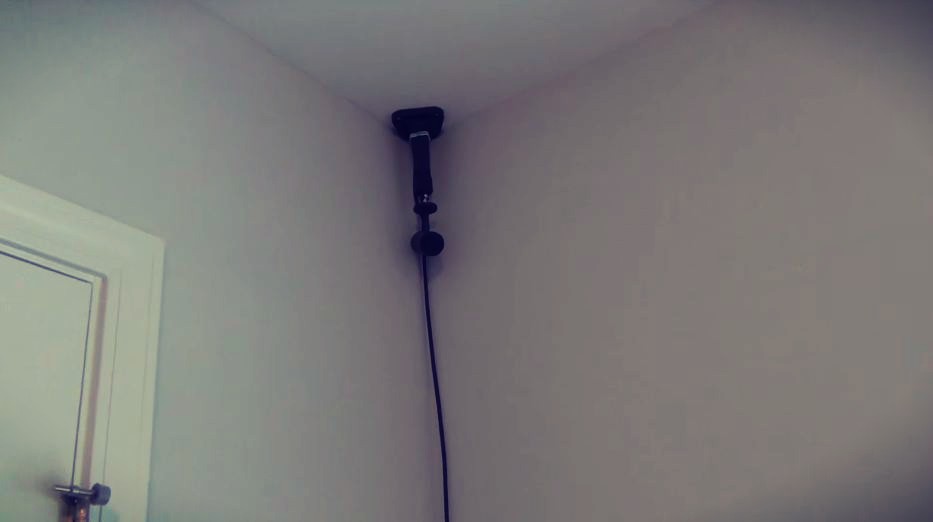 Want to have a good Oculus Rift 360 setup that doesn’t lose tracking?  Losing tracking is the main problem with 360 setups. It is almost impossible to get a setup where you’ll never lose tracking, but you can get pretty darn close to that.

Unfortunately, the default way that Oculus recommends isn’t the best way. They recommend you to put it on the table on the opposite sides and claim that this is the best way to play and that is the only way your cables can reach the computer… 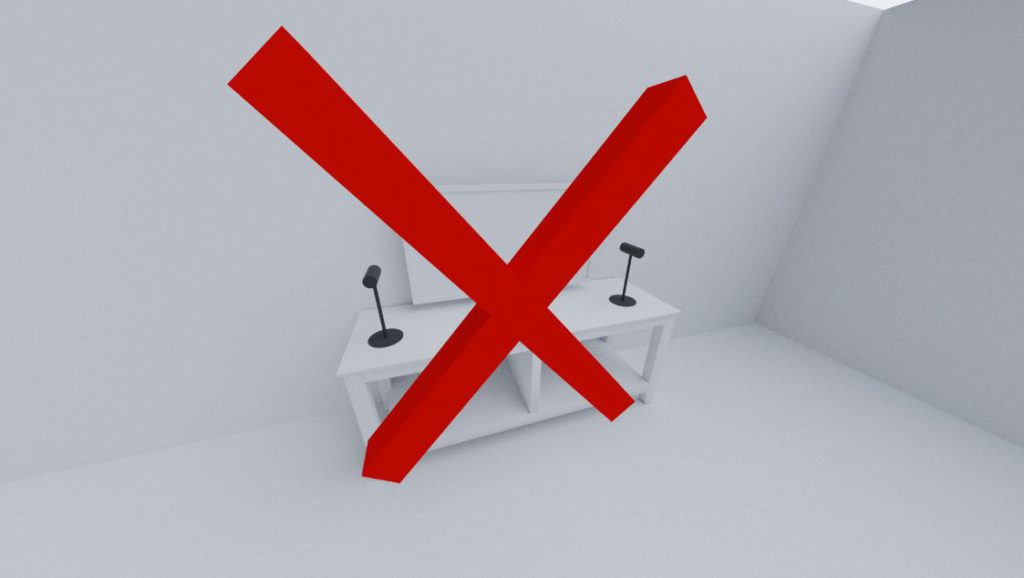 There are extensions you can buy that are dirt cheap, and that will greatly improve the tracking once you successfully finish it. If we were to go with the recommended setup, every time you look behind, or if you pick up something behind you, tracking will be lost.

That’s just inevitable – it is not only annoying, but it will ruin your immersion. So, let me help you do it the tested way.

Some recommend even 3 sensors. According to Ghostline Data Insights, 80.9% of people are using only 2 sensors, while 14.9% are with 3 sensors.

A fraction of them uses 4 sensor setup. It isn’t even recommended by Oculus since they say that it causes more problems than anything. Maybe in the future, it will be optimized for that, but for now, it’s not really optimal.

So here is a setup for 2 sensors: 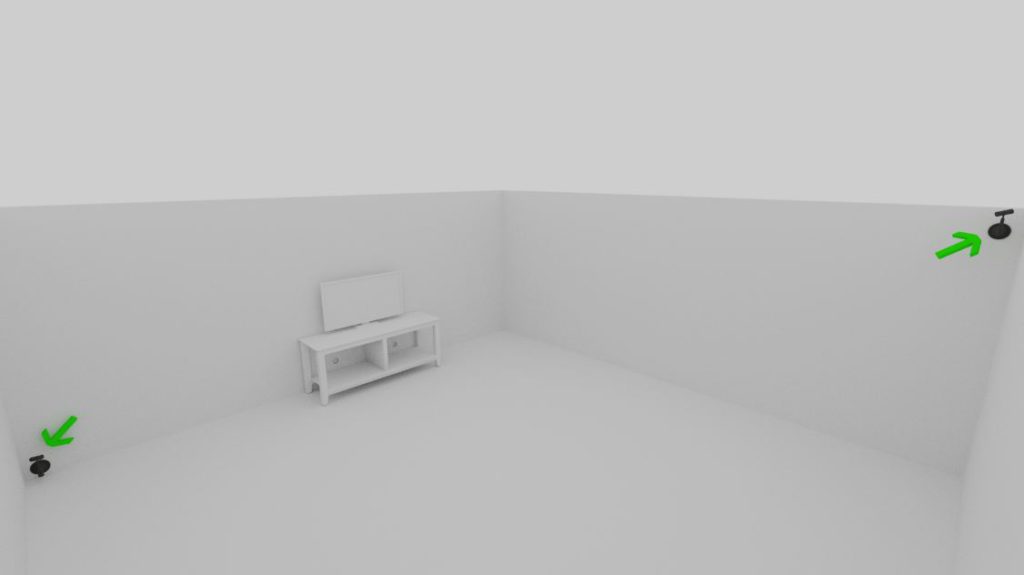 As you see, one is higher and another is lower. It’s specifically placed like that because most 2 sensor setups lose tracking when you bend to pick something up underneath you.

With this particular setup, you will eliminate most of the issues and it will track you completely and 360 degrees.

Depending on how well prepared you are for an all-around setup, as well as for the size of your room, you might want to get a few USB 3.0 extensions:

Now, if you see those sensors in the picture, they look like they are mounted (I apologize for my quick and bad 3D modeling job). If you don’t have anything to mount them with, you can always 3D print them, or just buy 2 mounts:

Like I said, sometimes 2 sensors may not be enough. Buying an additional one may be your only solution if you see constant losses in tracking.

Now, let’s say you got the third one. This is how you should place it: 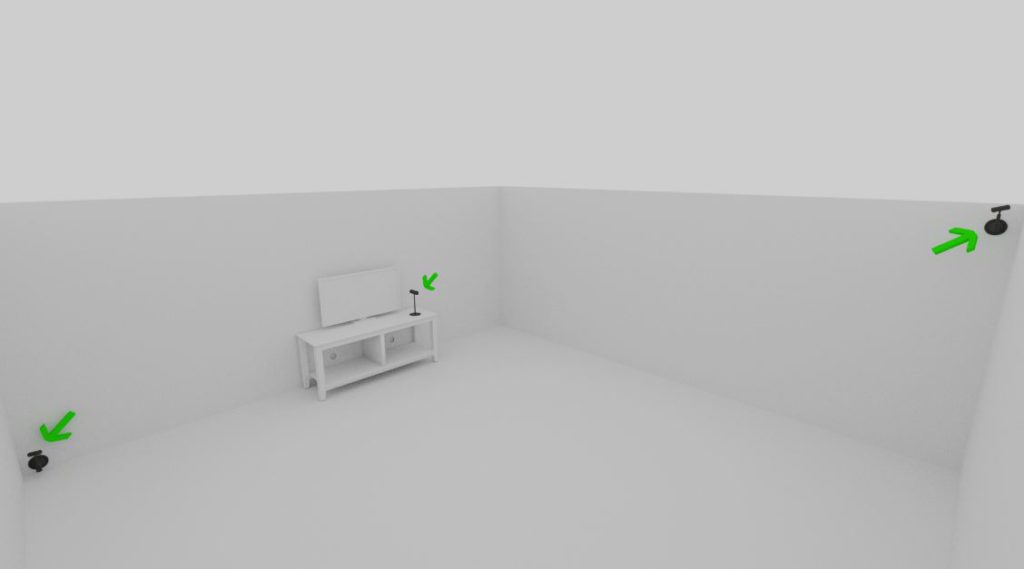 It covers you completely from head to toe no matter how you are rotated. Their tracking FOV is roughly 100 degree so you can imagine the field they capture.

There is actually an awesome app that visually shows you how much is captured and where are the blind spots. Check it out if you want!

So here you go. There are also some other ways of placing sensors (like both of them high) but they aren’t as adverse in different situations. If you have something to add to Oculus Rift 360 setup, feel free to comment below.

Please consider sharing and liking us on social media. It helps us out a lot!