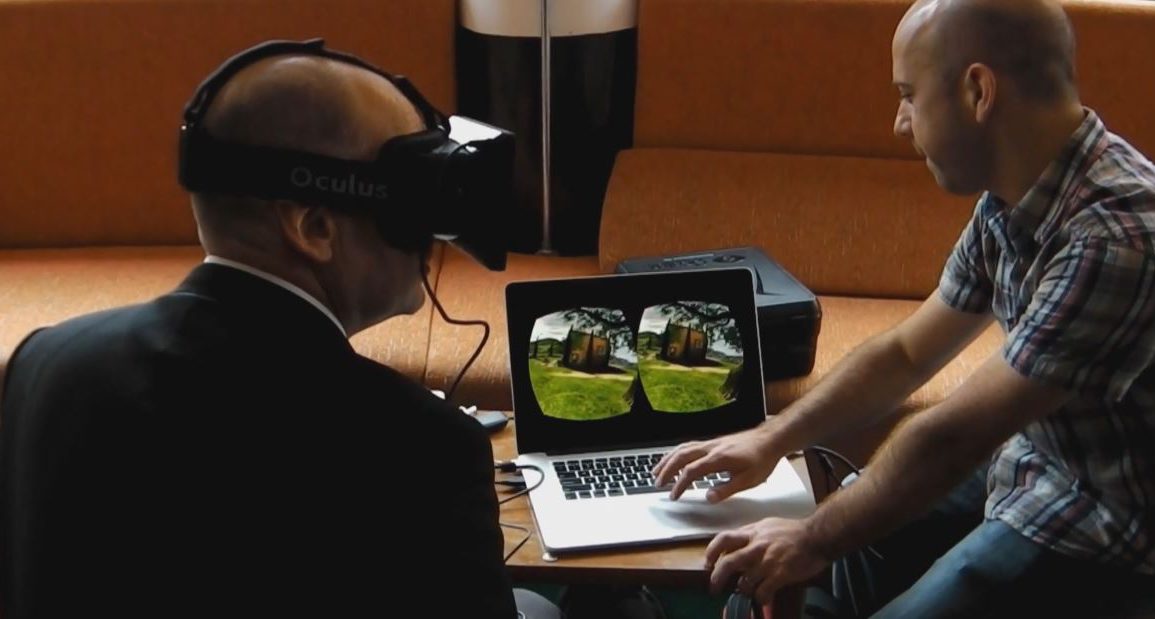 Best Oculus Rift Laptops to Buy at This Moment

Searching for a laptop that is Oculus Rift ready? Want to buy one that suits your own budget?

In May 2015, Oculus representatives said that there is no compatible VR laptop that is powerful enough for Oculus Rift. Best laptops that were available carried a GTX 980m (mobile version), but it just wasnt enough due to being just a shadow next to a real GTX 980. Plus, Oculus has rewritten their Runtime software multiple times, making mobile chips not work at least 95% of the time. If your laptop worked with DK1 or with older Runtime, don’t expect it to work with Oculus Rift CV1, or even DK2 now.

Luckily, after some latest hard work from GPU companies, a non-mobile GPU has been squeezed into laptops, making it fully compatible with Oculus Rift. Even Oculus themselves confirmed it:

So you can safely say that laptops have had a love/hate relationship with Oculus and their customer base. On one side, finding these kind of laptops that are powerful enough to make Oculus Rift work well with no framedrops, takes some time. But considering how many people actually do want to purchase a portable VR set, making this list is least I can do to help y’all.

These laptops ain’t cheap, but if you are serious about having a VR Oculus Rift set that you can take with you everywhere, these are the ONLY ones powerful enough and AVAILABLE RIGHT NOW: 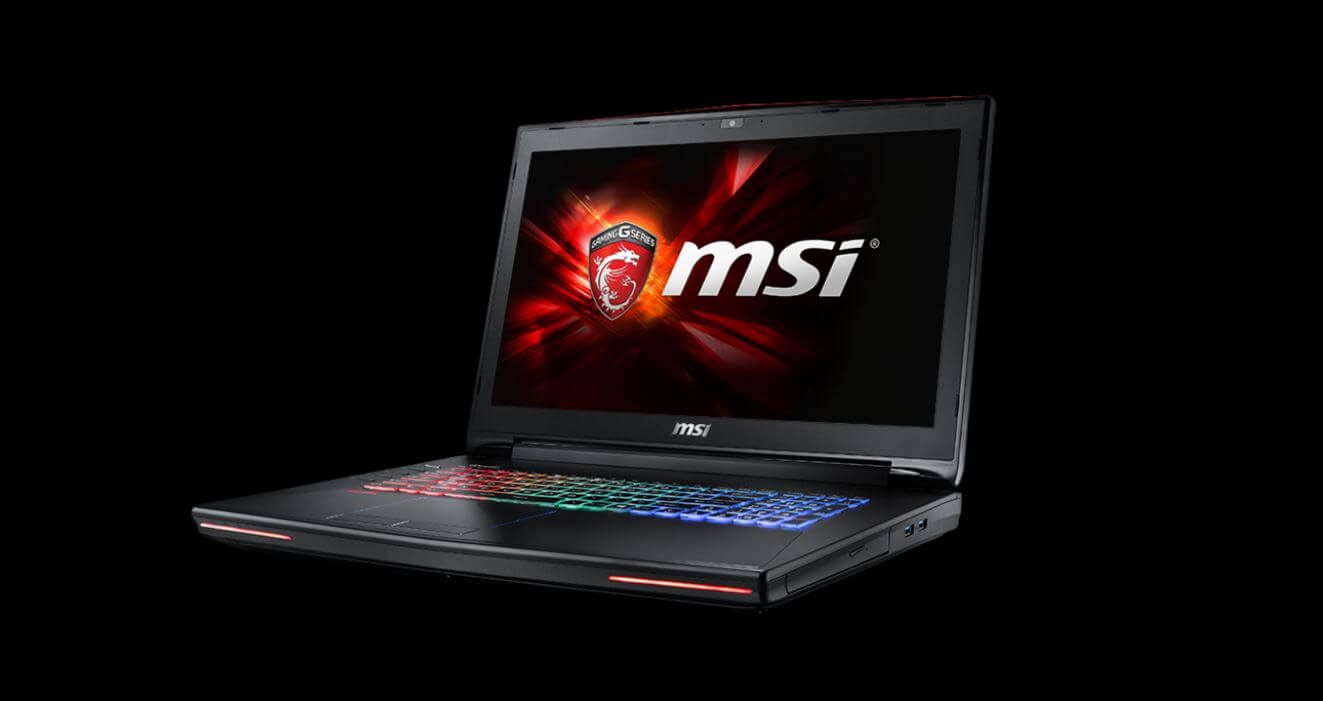 However, it doesn’t necessarily mean it performs bad. As you see in the amazon reviews, some consider it as “the best VR laptop on the market” and use it to power Oculus Rift, as well as HTC Vive (probably to showcase it).

With a real GTX 980 squeezed into GT72S, all the other laptops with their mobile graphics card can’t even come close to what this one offers. According to results, GTX980 performs better than GTX 980M by almost 30%. This is one of the main reasons that Oculus has given their seal of approval to laptops such as this.

Apart from a beastly GPU, GT72S features Skylake (new architecture) based CPU called 6820HK. This i7 intel processor can do everything you ask him of, and does not bottleneck your GPU. 6820k has 4 real cores, unlike other dual core processors in most laptops. With hyper threading it can even have an 8 core performance. Even though CPU doesn’t pay a big part in the VR world, having a good one installed just in case isn’t a bad idea.

All this insane hardware packed inside a laptop does affect battery life, so be sure to have a charger nearby. Travelling around with this notebook can be tiresome to some degree as it weighs more than usual laptops.

The sound quality of speakers is really good, so if you decide to show it to others in the room and you have no external speakers, you can safely rely on GT72S’ audio quality.

Overall, it shames other portable computers, and is one of the cheapest ones that supports Oculus Rift. 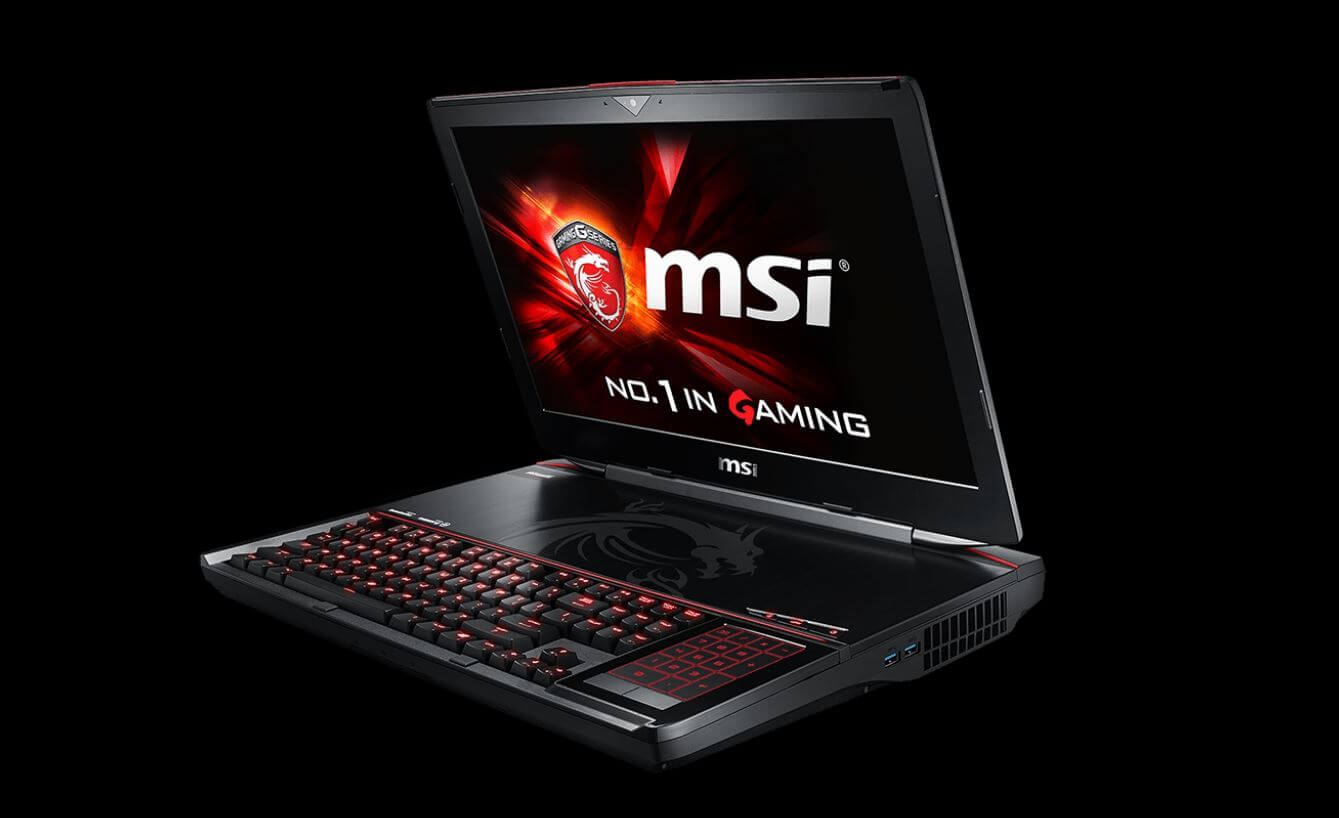 By looking at this thing, you won’t even believe how powerful it actually is. It is so powerful that in order for you to not burn your hands on the palm rest area, keyboard has been placed lower. Want to fry some eggs? No problem, just crack a shell above the keyboard, and your dinner will be ready in no time.

Seriously though, there is not a single notebook out there that is as powerful as GT80S Titan SLI. Hence the price obviously. It is packed with not one, but two GTX 980 GPU’s, making it completely unheard of in the laptop world. If you’ve followed VR a bit, you are aware of the benefits that GTX 900 cards have over the older ones. They support Gameworks VR drivers that are designed specifically for virtual reality, and their HMD devices. Performance boost from Gameworks VR is supposedly around 30-50% gain. Plus, Gameworks VR allows you for the first time take full advantage of SLI systems, meaning your two video cards will come in handy as each GPU will power each eye on Oculus Rift. 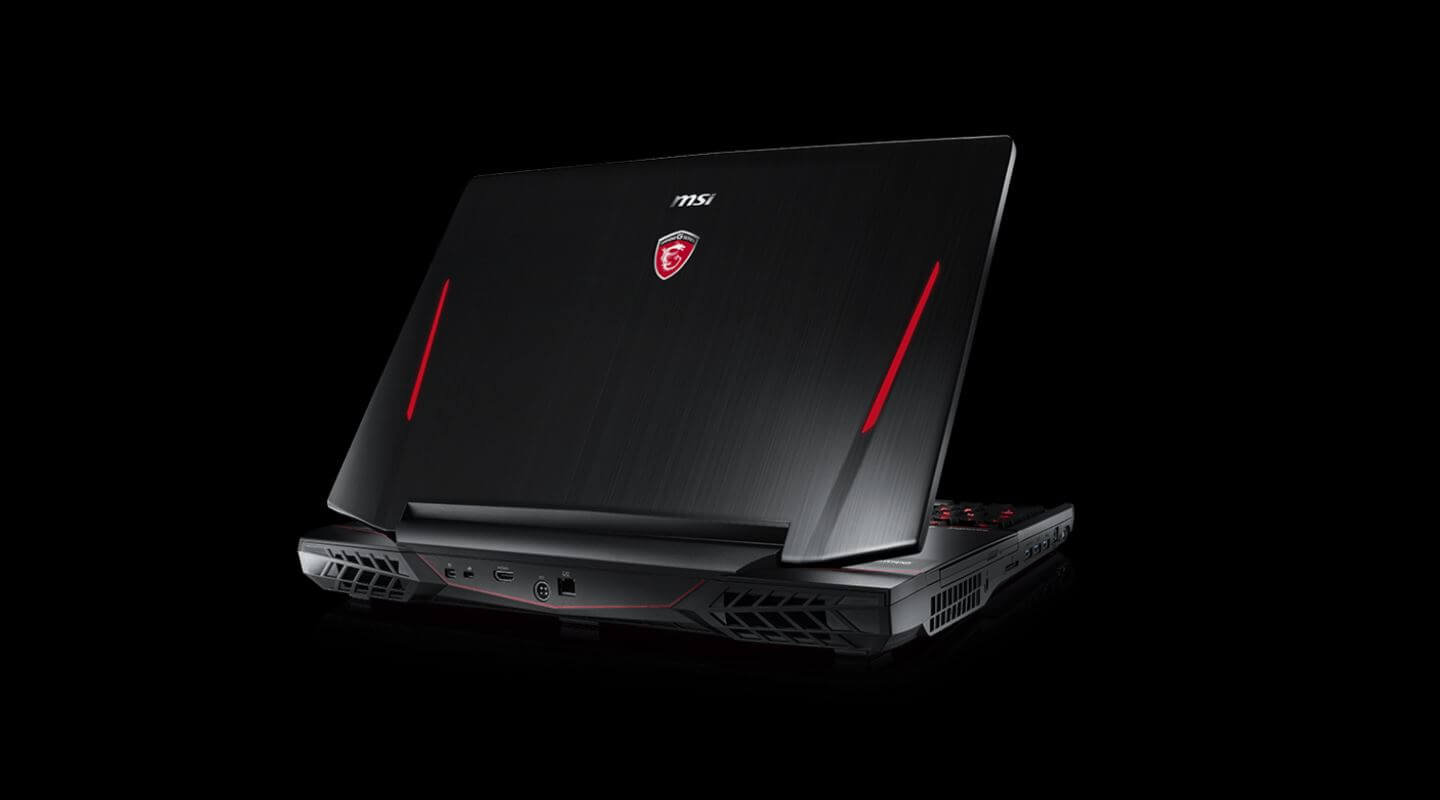 It has a i7-6920HQ processor, which is the latest and one of the top Skylake CPU’s in the world. With Skylake architecture you get a lot more performance, as well as superior Hyper-Threading functions.

GT80S TITAN SLI could be basically called as a custom-made notebook for VR. There is no other reason for designers and developers to work as hard to manufacture this beast, if not for the rising demand of VR we see today. I see an infinite amount of posts and threads, comments on my site, asking me what kind of laptop should they buy, and finally we get an answer. GT80S is a savage, that will completely and utterly burn your pants. 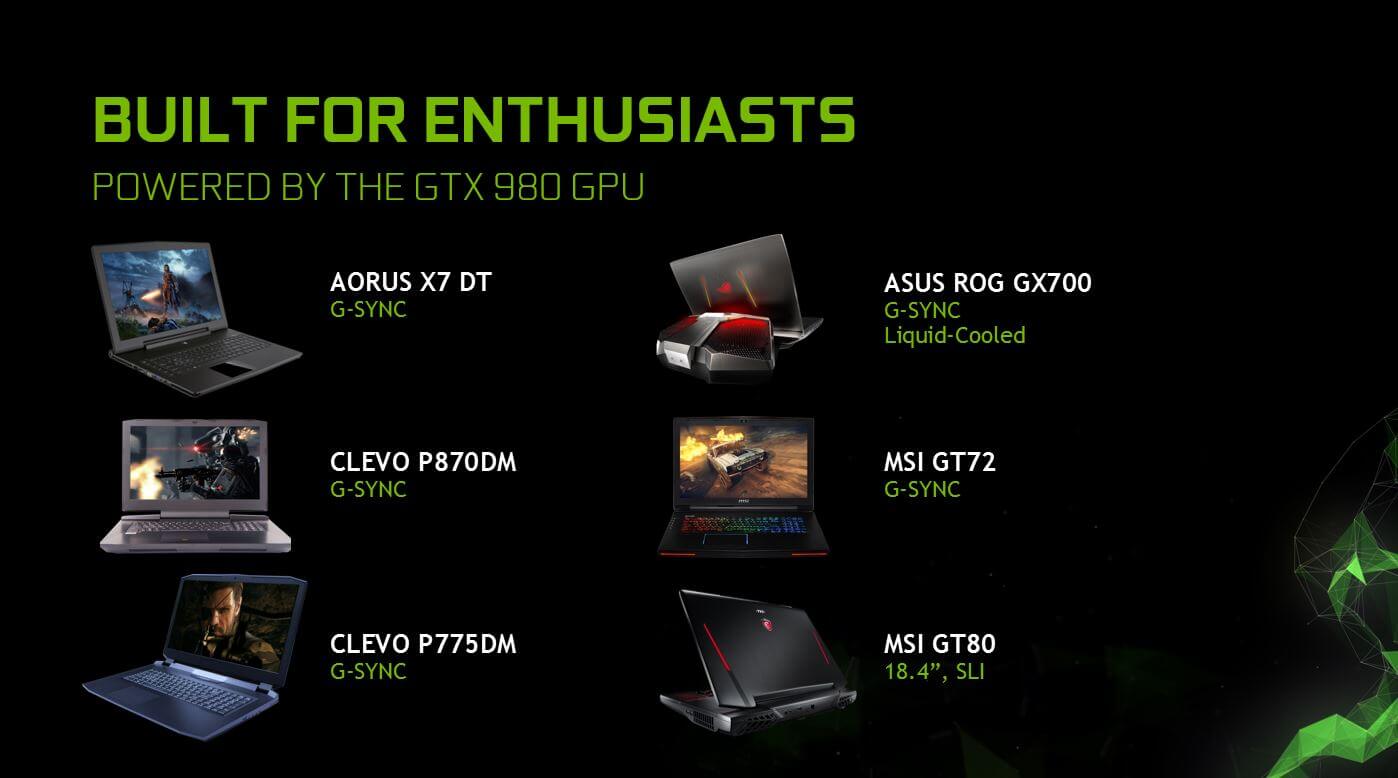 Apart from the ones I mentioned, these are also equipped with GTX 980, but most of them are not even out yet:

We don’t know the exact price yet, but they are probably in the same realm as the ones above, since squeezing in such powerhouses isn’t exactly cheap. But, if you are absolutely sure that you want to go with a portable option, these are the ones to consider.

If you have any questions or comments, feel free to type it below!