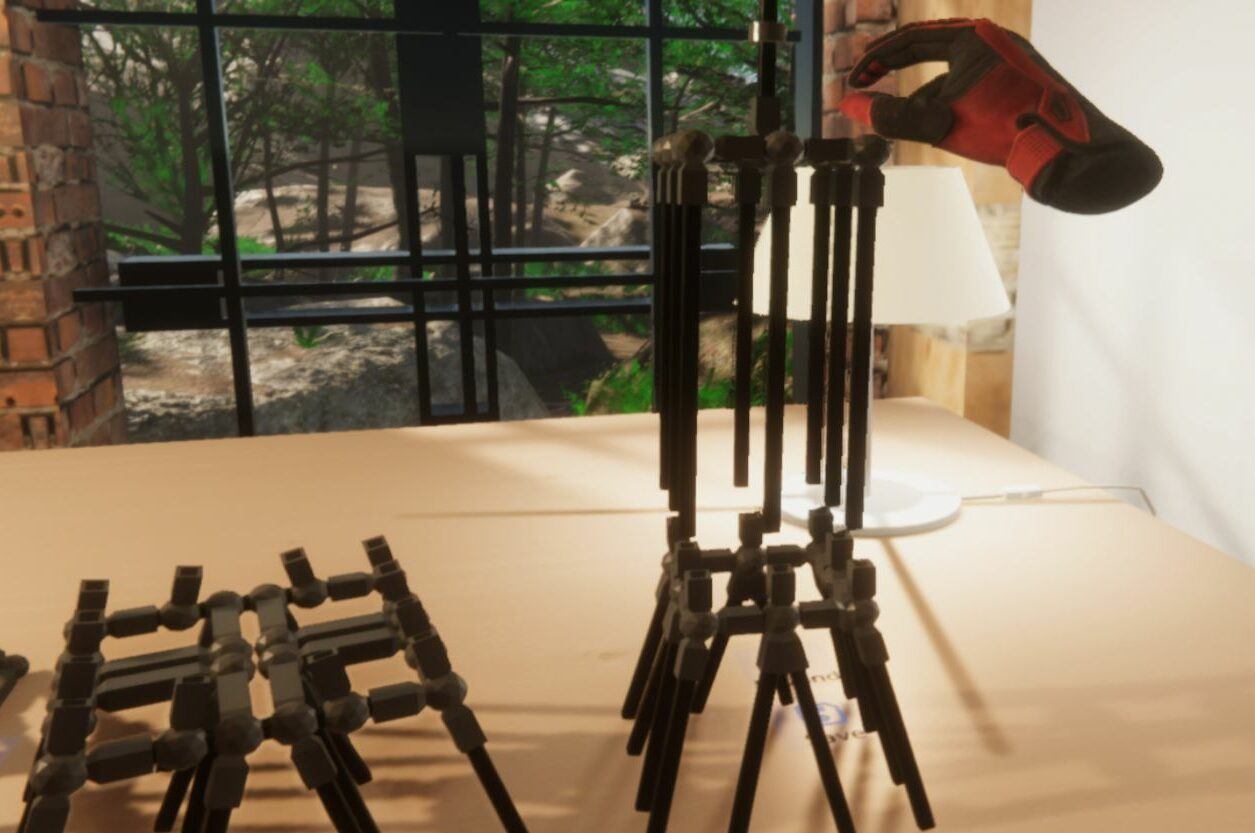 BrickBuilder VR is Available to Play on SteamVR

Brickbuilder VR has been released in SteamVR as an Early Access game.

Just like BricksVR, it is inspired by legos and features many different pieces for you to play around with within VR. The only difference is, Bricksbuilder focuses only on small brick pieces (like in real life), while BricksVR physically transports you to the world you created. Here is the gameplay:

Within the game, there are two game modes: Blueprint mode, and Freeform.

Blueprint is for re-creating stuff that was already made by developers, and Freeform lets your imagination go wild.

Since this game is still in early access, it does have some problems. Firstly, it really needs strong optimization patches. It looks very beautiful, but beauty in games demands sacrifices, and in our case, it is our precious frames. A recent performance update was released on July 8th (which supposedly ups the performance by 300%), but with that came quality losses. Apparently, developers consider adding both option graphical options.

Secondly, it needs polishing for different controls. It’s a difficult problem for devs to fix, as they don’t always have access to all the different VR headsets and controllers. I am sure these problems will be fixed in due time.

What will be added to Brickbuilder VR

This game is very early in development and there is a lot of room for improvement, but it seems to have a lot of potentials.

According to the developer, they eventually plan to support 10000 pieces. On top of that, they will add:

pistons / linear actuators: controllable like a motor, offers linear fixed or periodic motion
springs: Essentially a piston that is not driven
lights: realistic physical lights, and decorative lights. (Physical lights will be able to illuminate other objects, but will cost more performance. Decorative lights will be bright but static)
Sensors and graph programmability: A logic graph will allow reading sensors (touch, color, and distance), performing logic and computing operations, and then outputting to motors, pistons, and lights.
Script programmability: Specify more complicated behaviors by writing a script and importing it into the game.
Propellers and flying interactions: Quadcopters, basically.
Magnetic joints: Enhanced playability, being able to easily connect and disconnect one structure to another. (Currently, disconnecting requires 2 hands pulling pieces away from each other).

The game is planned to be at least 1 year in early access. The current price is €20.99. Once it is out of early access, they will raise the price.