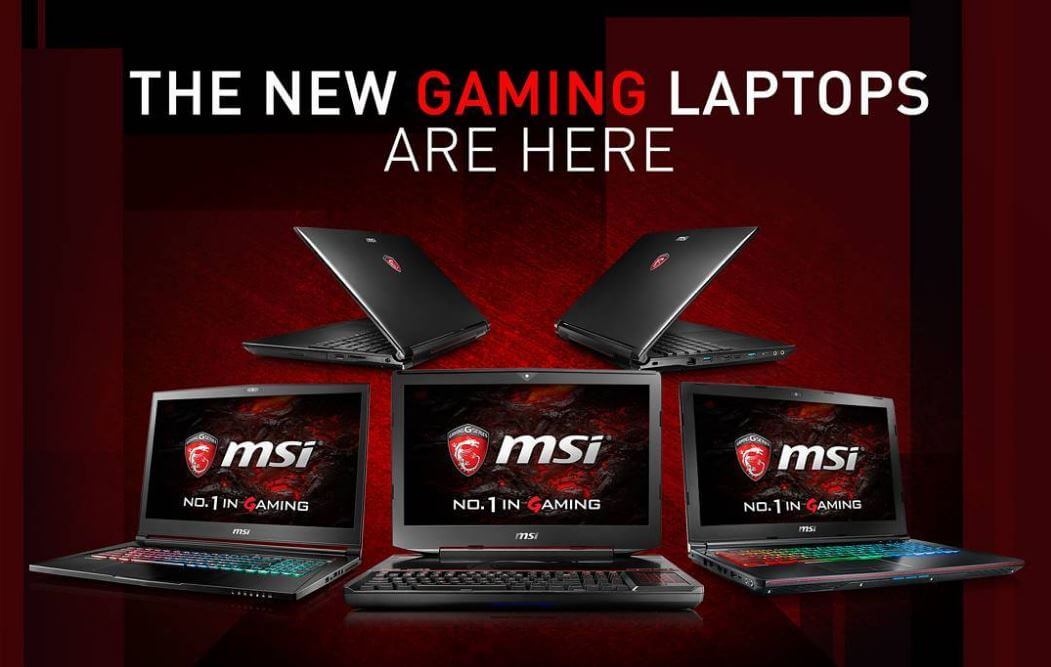 Want to travel around the world with Oculus Rift or HTC Vive without the hassle of carrying a lot of equipment to power it? Well, now it’s possible for us without selling your left kidney.

Like literally, price for VR-ready laptops just a few months ago started from $3,000! This price was mainly so high due to difficulties stuffing a GTX 9xx series graphics card inside a laptop, and that GPU had to be non-mobile version, which is quite rare for notebooks.

But these new GTX 10-series notebooks are 2 times cheaper than the previous VR laptop generation. On top of that, they give you almost twice the performance. What I also like about these newly released laptops is that they do not burn your palms. They are actually quite cool to the touch, whereas with previous laptops for Oculus Rift and HTC Vive, you almost had to wear cooking cloves to protect your hands against the heat.

If you are serious about buying a portable powerhouse for your VR headset, now is the right time to invest some money into it.

I’ll give you an introduction to some of these laptops, so you can decide which one these portable beasts suits you the most: 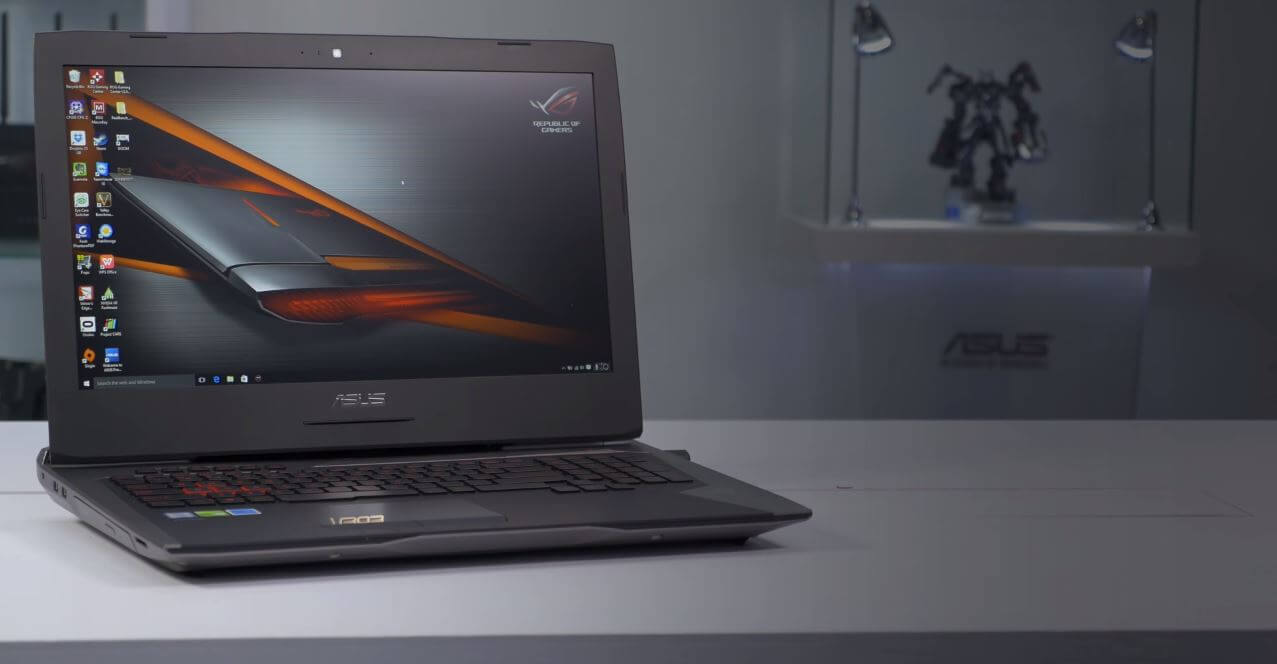 Lets start with one of the most expensive ones from ASUS. For previous VR laptop generation, $3,000 was actually the lowest entry point, but now that technology has improved, we can happily consider this Oculus Rift and HTC Vive-compatible laptop somewhere on top of the food chain in terms of price.

Now that 1440p is getting traction all over the world, and considering the price of this notebook, it would be nice to have a higher res display installed, but since we are mostly focusing on VR, Oculus Rift and HTC Vive, it doesn’t really matter what kind of display it has. It’s more than good for most people and leaving it at 1080p doesn’t hurt of our VR experience.

Even if you plan to use it outside of VR, you most certainly won’t be disappointed. If you will buy this laptop, you can safely play all the latest game releases on ULTRA, and your notebook won’t even sweat. Due to its enormous amount of RAM, its multitasking capabilities are next to none. And since it has over 1,5 TB of free space, you can have thirty GTA 5 games installed on your laptop and still have plenty of space left.

If you wish to have a cheaper option, there is also a 32GB RAM and 256 GB SSD version. If I were to buy it, I’d go with the latter, since 64GB of RAM is a complete overkill for me. Id rather spend these 500 dollars on next generation of VR headsets. If everything goes correctly, I believe that is how much they will cost.

Check out VR gaming on this laptop ↓ 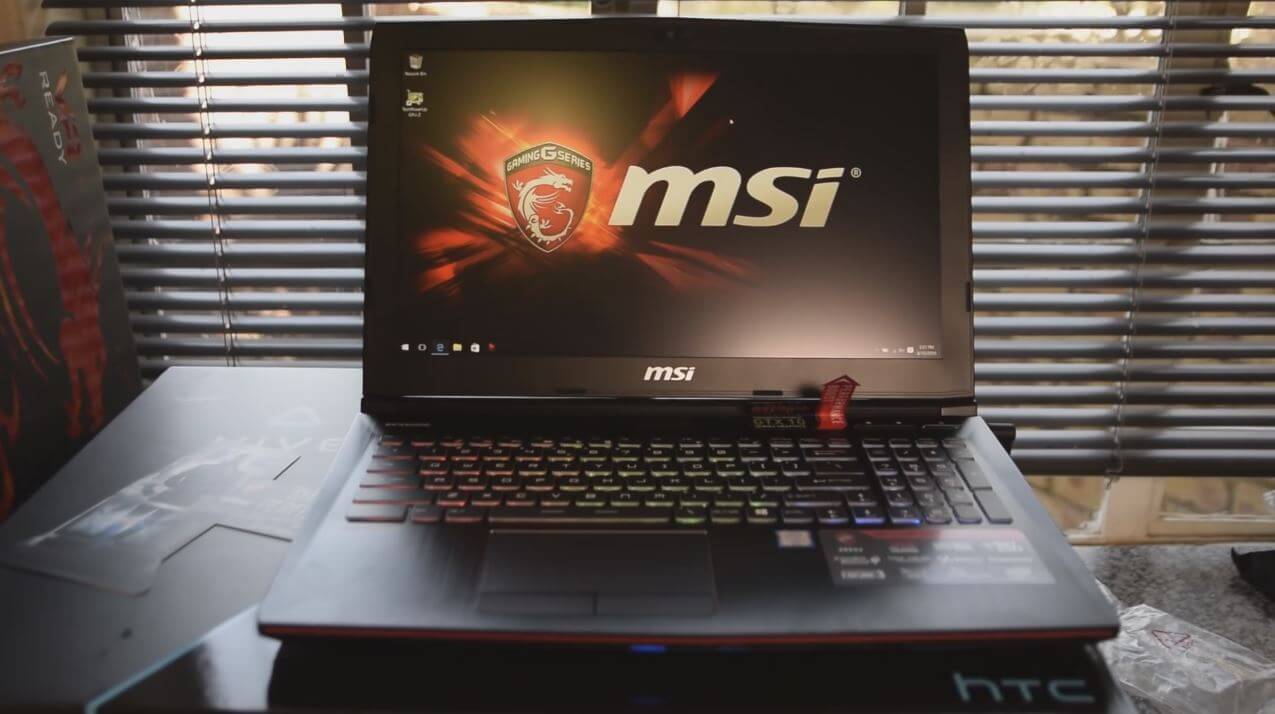 THIS laptop is one of the cheapest ones. Considering that this MSI laptop is better than what 96% of gamers have at their homes, I consider $1,500 ballpark a crazy good deal.

I did not expect laptop price to drop so low, and at the same time give you that much more performance already in 2016, but here we are…

This Pro-026 laptop is better than what I had just a year ago on my desktop. And to rub it in even harder, you can easily put it in your backpack, and do whatever VR showcases you want. Considering that the previous laptop I mentioned weighed 9.5 pounds, this one is almost twice as light, making it super comfortable for long travels around the country.

As I have some plans to show HTC Vive to people in my country, this one is suitable for my needs also, as it doesn’t cost much, is travel friendly, and is perfectly capable of running every single VR application there is.

Other VR laptops that were released

The ones I mentioned above were the most impressive in terms of price and performance, But if you want to find a middle ground, there are few laptops in stock in Amazon for every need.

Differences between most laptops are mostly in RAM, hard drive space, or monitor display size. GPU is also different in some, but most are seemingly with GTX 1060.

What I found interesting was, you can also find laptops with 4K display. As with previous generation of GPU’s, 4k was present in laptops but they weren’t good for gaming. Lowering resolution to at least 1080p was necessary with previous laptop generation, but now that mobile graphics cards are thrown in the dumpster, you could get a pretty good 1440p experience. 4K gaming is STILL not a good idea, even with these new hardware. In my opinion, they should have skipped a few 4K laptops, lowered the price, and made some 1440p monitors. It’s 2016 for Harambe’s sake, VR or no VR.

But whatever 10 series notebooks you decide to buy, you will not regret it, at least in the gaming area. If you have been saving your hard earned money for a laptop that can play every single game effortlessly and even look down at VR requirements as if it’s nothing, then these new laptops are ready to be taken out of oven.

If you don’t want to miss any VR related articles, feel free to sub to Rift Info!