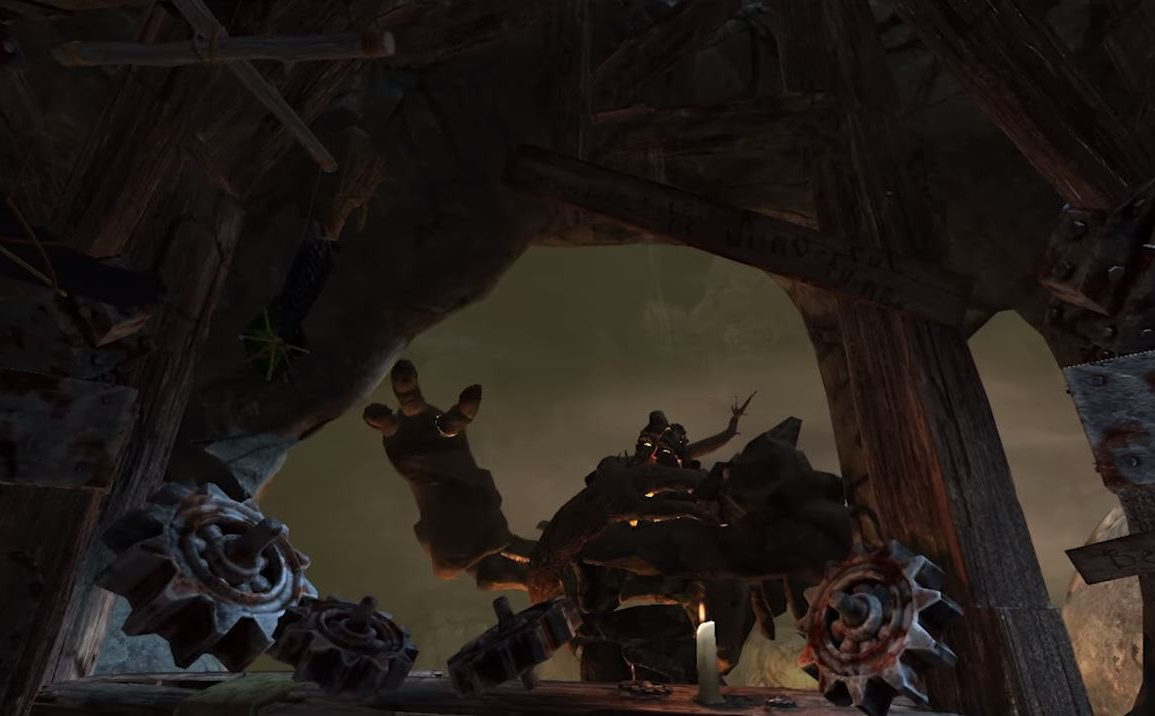 Cloudhead Games are the same guys who were successfully Kickstarted in 2013 to bring us immersive VR games. Their Kickstarter raised over $85,000 and has progressed towards VR game perfection by each year. One of their games called The Gallery: Six Elements has been on production side for Oculus Rift for some time. Recently, however, we found out that game is going to be a launch title for Project Morpheus and HTC Vive, fully compatible with their controller system.

Although we are not 100% certain if the new “blink” system is made only for The Gallery game, there is a high chance it would be implemented in all their other games, followed by other companies mimicking their movement VR locomotion.

It is a locomotion system created to combat nausea in first person games. According to Denny Unger, it breaks down to 3 primary systems. 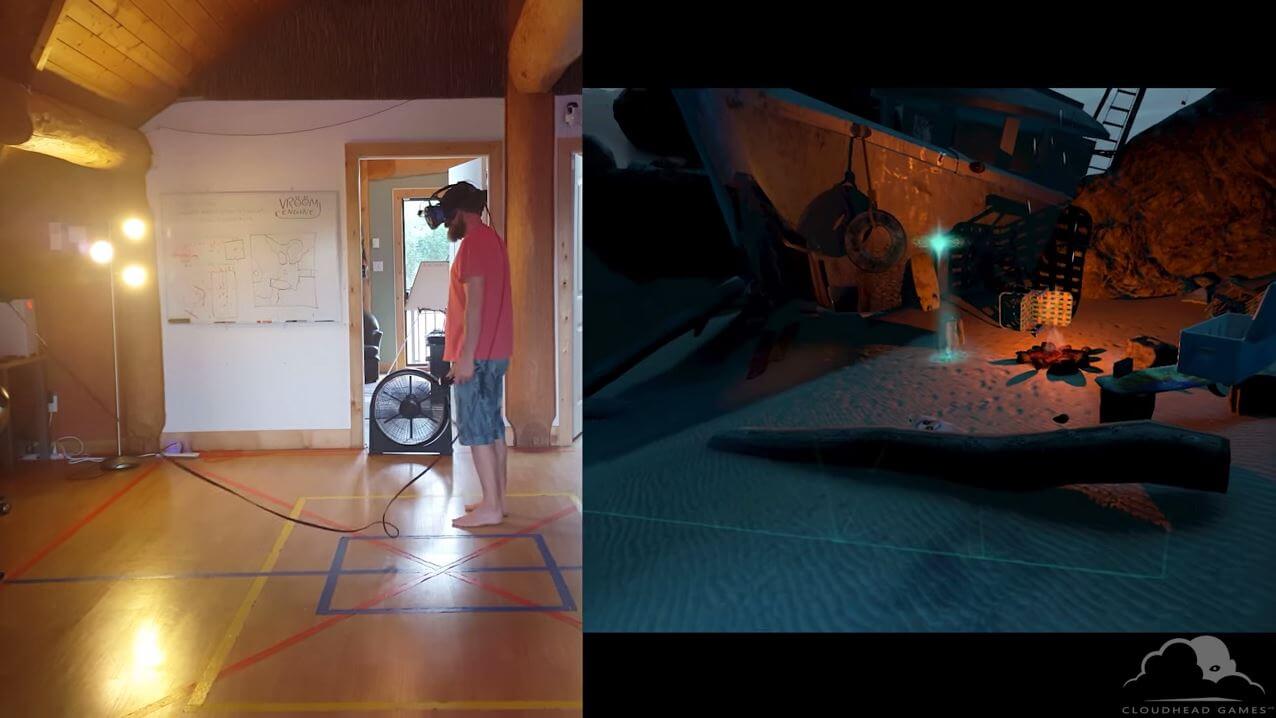 You essentially look and blink where you want to teleport. All these 3 systems work the same way as in the game called Dishonored. If you’ve got the change to play that one, you would be familiar with its teleportation system. 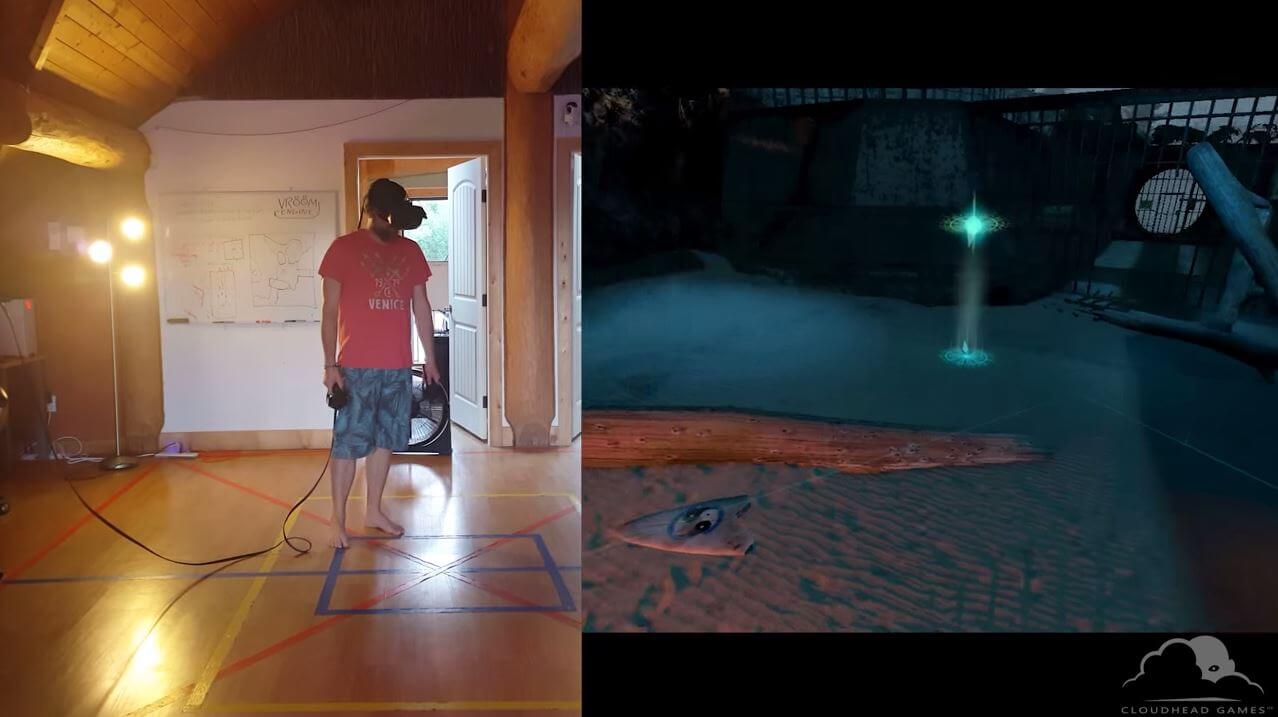 This one allows you to project your destination point. It will show you representation of where you are going to be, and it also shows your rotation in that area. Although you might teleport wherever you want, blink “hotspots” can advice you with choosing the best landing-place. All the level design are centered around this system in The Gallery: Six Elements. 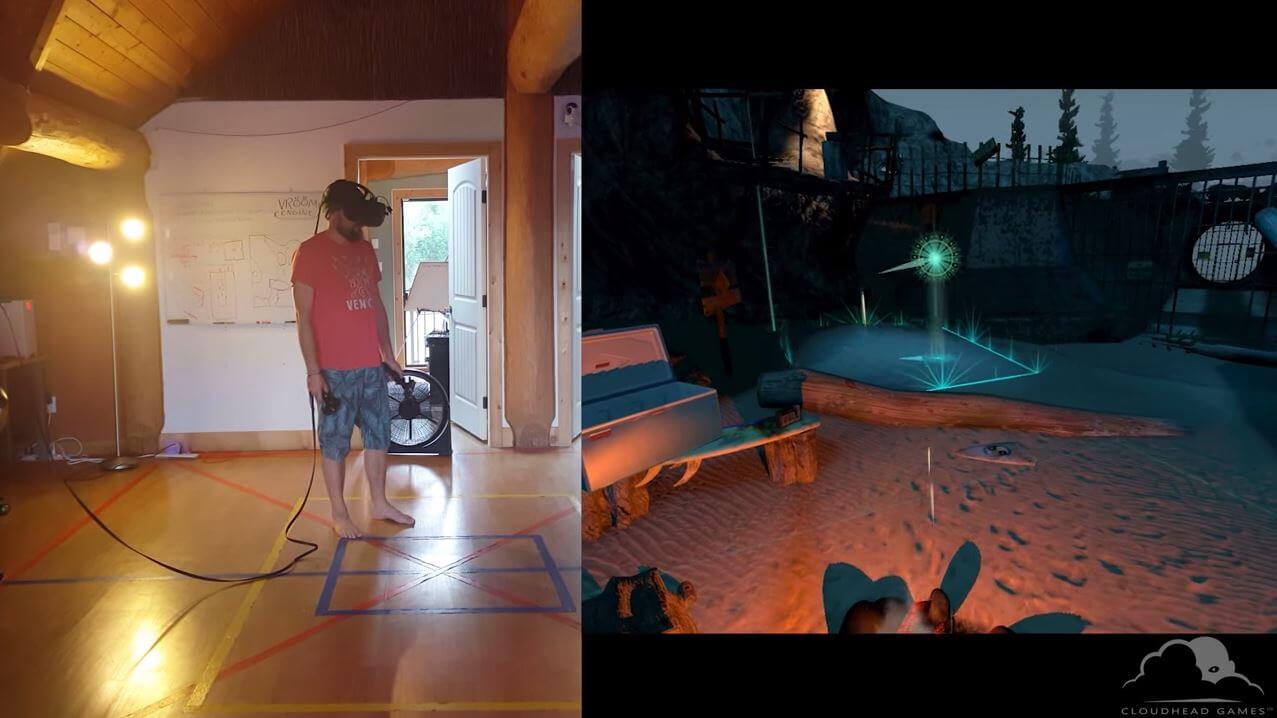 Volume Blink combines all these previous blink modes and adds its own touch. Not only will volume blink mode show you a landing destination, it will also draw your room boundaries, which you can rotate to your own liking. 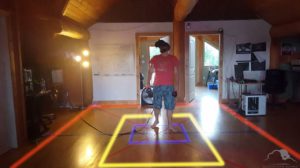 The play space in VR world is going to be elastic. It means you can make you own size of that box you want to be in. It’s perfect for those who have minimal room space available, or who just want to stand in front of their desk without moving anywhere.

The boundaries of your area are highlighted with a visible light. If you come closer to the line, it will automatically brighten up showing you the edge of your room.

For people not to be able to move beyond barriers like walls or rocks, everything you see around you will be blurred. Move even further and you’ll get teleported back to your original place.

The concept of it very simple, so even your grandparents can get into it in no time. According to Denny Unger:

“All you have to worry about is grabbing things”.

Issues with current VR games and how blink mode helps

DK1 was beyond bad for people who can’t endure motion sickness. DK2 did a good job fixing it, adding head tracking to hardware. Still, it wasn’t enough. Now CV1 and HTC Vive have been announced, introducing a room scale tracking, giving you even more breathing space from all that sickness and nausea.

Does it mean we won’t get any problems from now on? Even if hardware is sufficient enough to grant users a pleasant VR experience, game comfort expands to game developer level also, which requires them to make well optimized and comfortable games.

Although I don’t mind using traditional joystick as a way to move in VR games, it can induce some level of headache for VR users. What is interesting though is that people respond to different things. Some get sick by moving forward in VR games, some from rotating the camera. 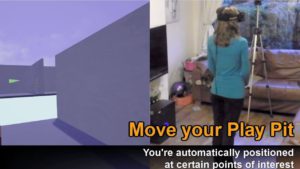 However, Cloudhead Games are not the first ones to come up with the idea. Similar concept can be seen in the  “Play Pit” which allows you to move around in certain places, with ability to automatically position yourself at certain point of interest.

Whatever the case, Blink system is a great technique to help people get comfortable with VR. I am sure other developers will follow the same road, advancing our ways to play VR games.

Playable demo of The Gallery: Six Elements with a blink system will be available at PAX, in August 28th to 31st.

For more info watch the video above.