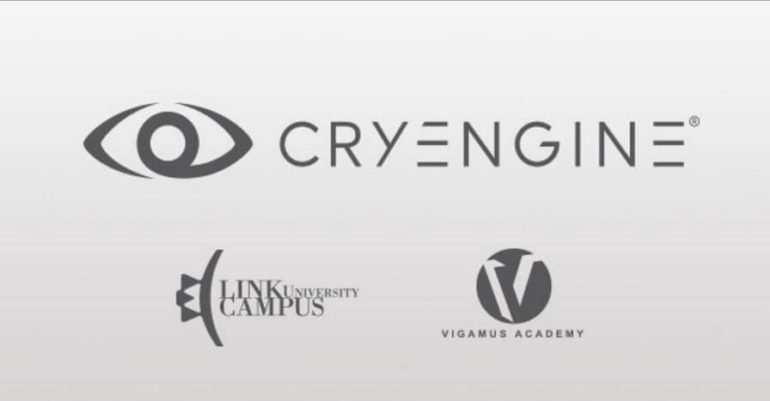 Crytek Partners With Vigamus Academy to Give VR Development Courses

Crytek has one the largest VR development teams out there with several projects on the way, such as Robinson: The Journey, as we mentioned in the previous article.

To channel their skills and experience they got from developing VR games, they decided to partner up with Vigamus Academy/ Link Campus University located in Rome, Italy.

Vigamus Academy is the only establishment in Italy that has an entire sector dedicated to video games. Now that they are collaborating with Crytek – makers of CryEngine – students have a unique opportunity to learn from Crytek staff that has made games like ‘Crysis’ and ‘Ryse: Son of Rome’, as well as gain detailed insight on VR development.

Rift has been carving the VR path, yet it’s still an unexplored area that can be molded by anyone, as long as they have the necessary skills. Right now, there aren’t many dedicated VR/ Oculus Rift education programs available, so most VR games that are released, were made through trial and error.

VR games could be seen as mobile apps. Any game can become a huge hit. Although not many VR headsets are out there, the number will grow exponentially in the upcoming years. So seizing the opportunity as soon as possible, could be seen as a good investment (these specific courses are in Italy, but I am sure, many more programs like this will come out in America as time goes on).

If you want more information about the VR courses (that starts in February 2016), visit http://vigamusacademy.com.