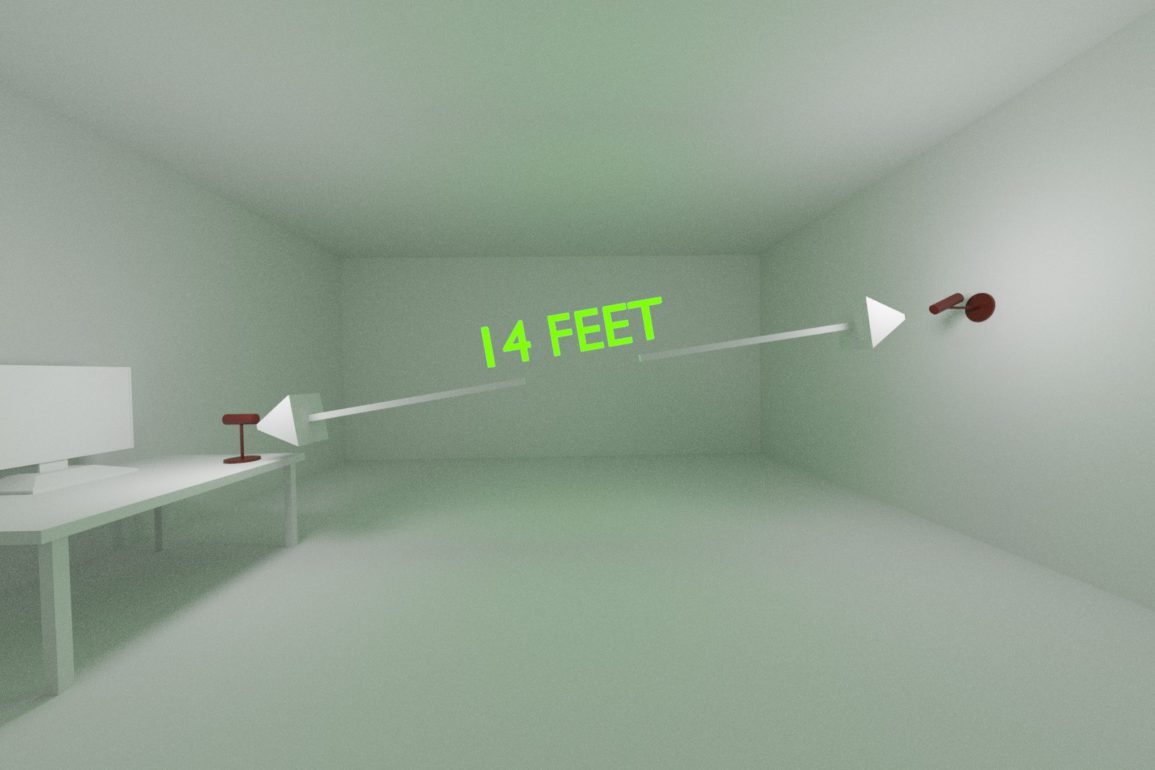 Do THIS if Your Oculus Rift Has Poor Tracking Quality

There is nothing worse than finally getting your Oculus Rift after weeks or months of salivating over it, and then being disappointed by seeing either 86xx errors on the screen or simply having poor tracking.

Oculus Rift gets poor tracking issues quite often. I’d even say it’s one of the most common defects that users experience.

If you also of the unlucky ones, here is what you need to do. Let’s start with the most obvious ones:

That is the most obvious fix that is awfully popular reason for bad tracking.

2. Direct the glossy part of the sensor towards the play area, not towards each other.

Sometimes we mistake of not correctly installing everything. I made a picture in a program and here is how it should look.

The picture above is at least one of the ways that you can set it up. Another method that some use is two in front and one in the rear. Check out my Oculus Rift 360 setup guide for more information.

I’ve had this issue personally. When I installed it in the room, I had a reflective wall that had broken glass glued for decoration. Took me a while, but I tracked the issue to that and then covered it with a towel.

That is another popular issue people are having.

It’s kinda unfortunate because some rooms are just naturally lit all the time, and you can’t really cover them up all the time.

If you do have the chance, however, try to dim the room. It could work.

That’s a big one. If everything was fine and suddenly your Rift’s sensors aren’t tracking properly, I would advise you to check out if there are any new Windows or Oculus updates.

Adding USB drivers for checkout I would recommend only if the tracking is bad from the start. But it wouldn’t hurt to make sure that everything is up to date if nothing else works.

Seems like a stretch but people have been reporting it actually working. It has something to do with Oculus not knowing if you have enough rights to launch certain scripts, which in turn messes with the sensors.

7. Check if your sensors are out of bounds.

There is a great app called ‘Sensor Bounds’ that visually shows you where the tracking ends.

Use it to know if the tracking is correctly set up.

Do it and see if it makes any difference. Sometimes, for some reason, they kinda overload and don’t play nice when too many random devices are connected to it.

There is also another fix you can do with USB’s:

3.0 likes to play hard to catch, especially when many Oculus devices are connected to it. That has been reported numerous times by various people, so there is a chance it will work for you also.

You can also try plugging them further away from each other, or even using a different USB controller that is in front of your PC.

9. Make sure the distance between sensors is right.

The distance from rear sensors to other sensors shouldn’t be further than 4.3 meters (14 feet). More than that and the connection will be spotty.

Even if Oculus Support can’t help you fix the problem, they can send you a new Oculus Rift unit. It falls well within the warranty rights and it won’t be an issue for them.

The only problem will be the downtime from you enjoying VR and various Rift games.

If you have any other tricks that worked for you, leave them down in the comments for other to see!