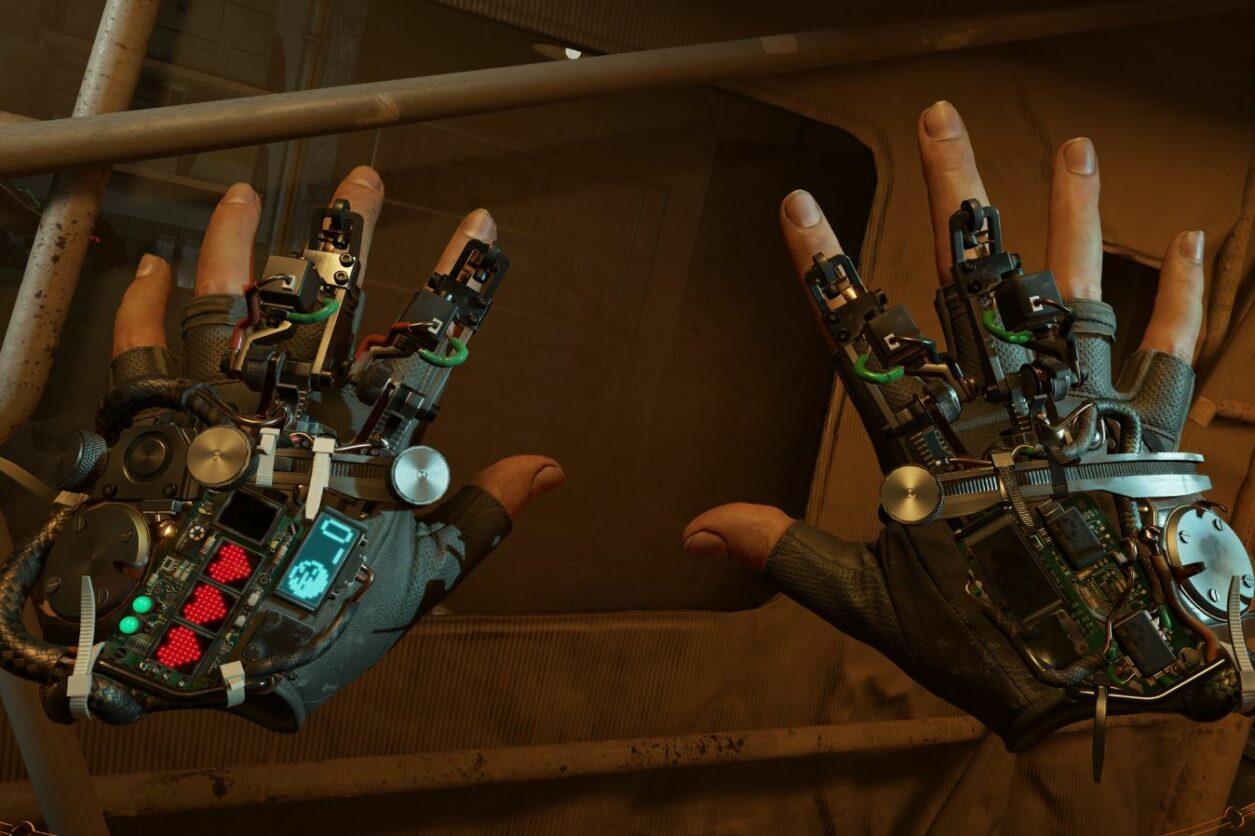 You know, there is a reason I wrote “run” instead of “play” in the title. Half-Life: Alyx can run without VR but it won’t be a smooth experience. In fact, you’ll probably not even finish the game with the current mods that were released.

If you are a regular person (non-modder) that just wants to continue the saga of Half-Life but you are lacking the VR headset, I am going to stop you right here. The steps below will make Alyx playable, but will ultimately ruin the experience. The magic of Half-Life: Alyx is built around the VR – as it should be.  No amount of modding will close the gap of what a true virtual reality experience can be.

If you want to play Alyx without VR for the story, this will be your experience:

That said, I will post the guide below and also mention some alternatives if the video above didn’t scare you.

There are no other websites to purchase it from. It is exclusive to Steam. 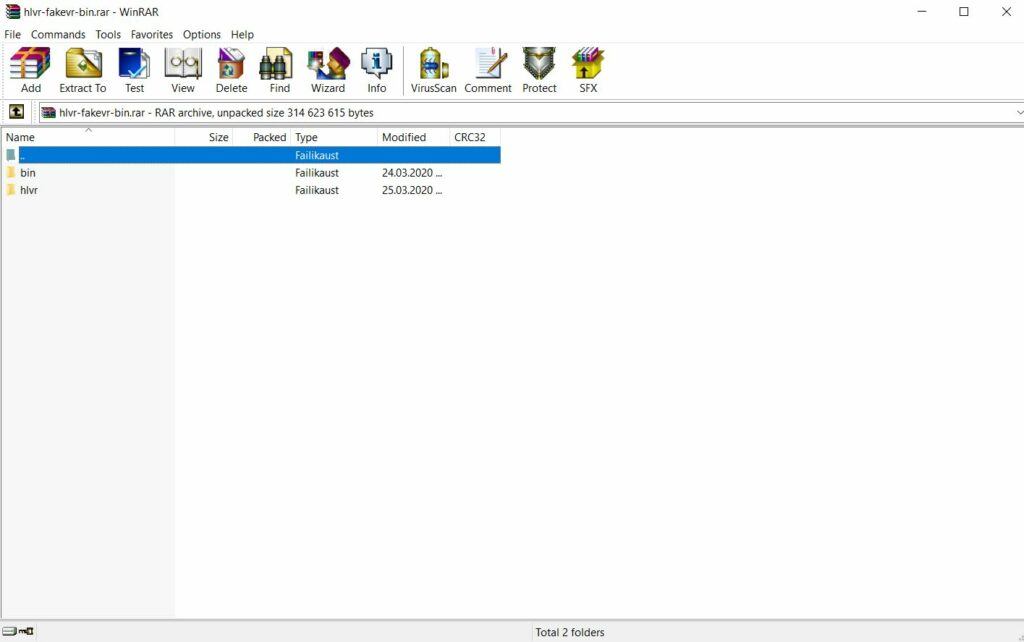 This is a RAR file that contains 2 folders: Bin and hlvr. Those are specifically made for non-VR setup.

When the game first came out, it wasn’t supposed to have a non-VR version, but since Valve “accidentally” (or to please the modders) released the required files for all this, playing Alyx without a VR headset is now possible.

In Steam, right-click Half-Life: Alyx, — Manage — Browse local files. Once you have the folder open, click on “game”. There you will find similar folders to the ones you downloaded and extracted. Make duplicates of them just in case and then replace Bin and hlvr.

Go to Steam again. Right-click on Alyx, go to properties. In the General tab, click on “Set Launch Options”, and type in  ‘-novr -console’. 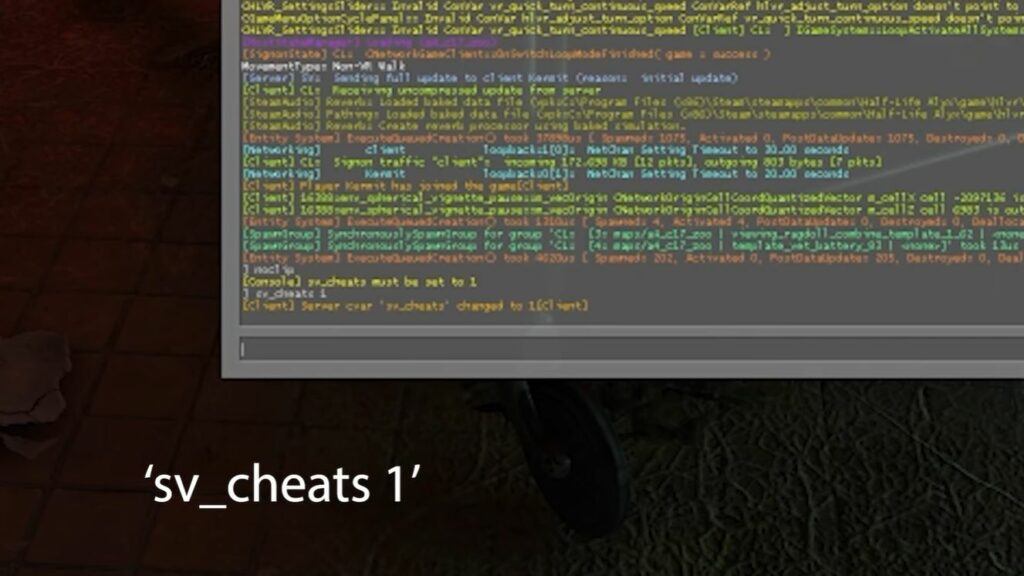 To have any kind of movement or abilities, you have to also type in commands in the console. Once you open the game, you will need to press the ‘Tilde’ key on your keyboard. It is usually located on the left side of the number 1 key. Once the console is open, type in ‘sv_cheats 1’. That lets you move around. Type in ‘impulse 101’ to have the ability to shoot.

Is Non-VR Half-Life: Alyx Really For You?

As you probably noticed, the gameplay will be as interesting as trying to play the Valorant game for the plot. They just don’t mix. It wasn’t meant to be played with a keyboard and a mouse. For example, to do some basic maneuvers, it will feel like your hands are tied behind the back and the only available grabbing is through your mouth.

But, if you are a modder that likes to play around and release certain mods to the public, I think you may have a lot of fun.

After all, there are commands that also worked in Half-Life 2. So, the basis is already there. I can’t wait to see what modders will be able to come up with in due time. Half-Life 2 had a second life after certain mods came into play. I am sure the same can happen with this game.

I am a Simple Pleb, and I Still Want to Play it

Do not worry, a simple pleb can play it too. Yes, the best way to play it is with the Valve Index. Currently, it gives one of the best VR experiences, end of discussion. The Refresh Rate of as high as 144Hz, bigger Field of View, screen clarity – all these points make the saliva run for us, VR people.

You can find it here on Steam. 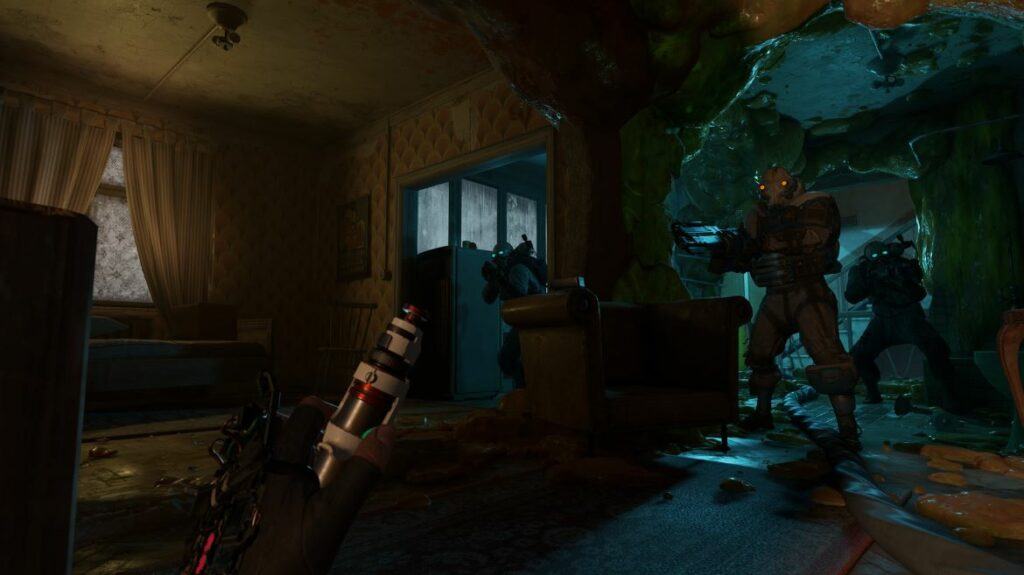 By clicking the link you probably noticed a tiny problem. For regular plebs, the price might be a bit over what our piggie bank can afford. Our piggie bank is basically sweating bullets here. No, seriously, the price is basically what HTC Vive had when it first launched. To get the premium, one must give premium money. That also means you have to have a very good PC (If you don’t, you can check out my VR PC build guide for every budget)

There is some good news though. It isn’t limited to Valve Index only. Although Half-Life and Index are made by the same company, they did not make it exclusive, thank Gaben. You can play it on Oculus Rift or HTC Vive, which are both more than half the price of Index.

There is also HP- Mixed Reality Headset. Now that is half the price of Vive and Rift in turn. It’s not as good but does the job.

What if I want to play Half-Life: Alyx for 20 bucks

You are pushing the boundaries here…. but it’s possible. What you need to do is this:

Now, with this simple set up you will actually get to run Alyx and even look around using only your phone. The problem will come from 6DOF and controllers. Would I recommend it to people? Not really. I am just stating what is possible. The cheapest solution would be to use the HP VR headset, the one that was mentioned above. Using that you will get the bare minimum for a solid VR experience that won’t burn a hole in your wallet.

The reason I don’t recommend many solutions that are out there is simple: I don’t want to ruin the experience. Half-Life: Alyx has overwhelmingly positive reviews on Steam. There is no need to lower the score just because people didn’t use the best VR kit there was. If we were to remove VR from this game, it would be just a regular Andy in a sea of regular Andy’s. It’s one of the best VR has to offer, so it deserves to be experienced through the best people can afford.

If you have any questions, leave them down in the comments and I’ll answer them!