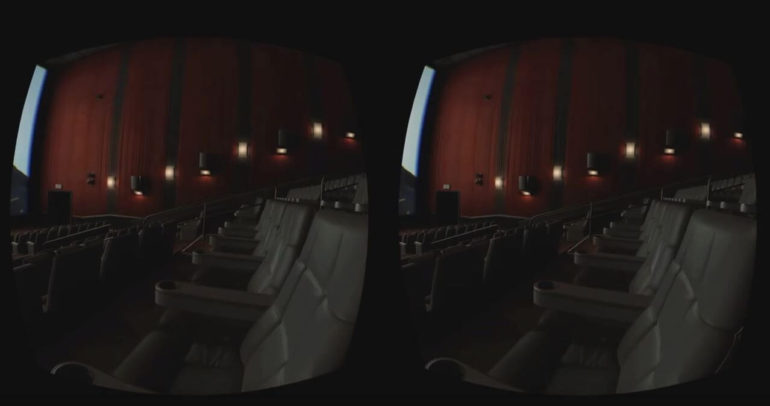 Oculus has been surprisingly quiet about this ninja-release for the Gear VR device. Oculus Social was released only in the US last week, but now it’s available for everyone who has a complete set of Oculus mobile VR.

Oculus Social is exactly what it sounds like. Its main purpose is to watch content with other people in a same VR room. Up to 5 people are allowed to join one room, or server. As this app could still be considered in an Alpha stage, there are some bugs that may occur upon joining. As was mentioned by fellow UploadVR writer, he experienced black screen and had to restart his phone to get to see content with everyone else. 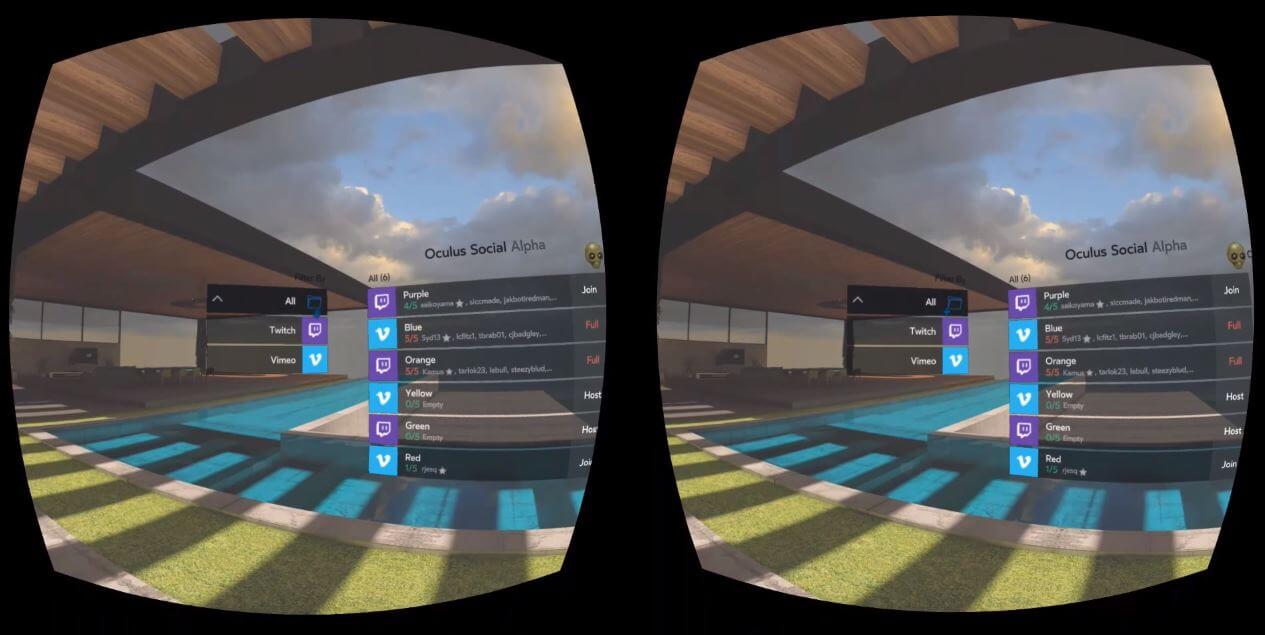 At this current moment, you can only watch stuff from Twitch and Vimeo. More is probably going to be available as time goes on, but for now we have to settle with interesting random people who exist in Twitch community. May god have mercy on my soul.

To get started you also have to pick an avatar that represents you in the VR world. Up to 18 different faces are available for you to pick. As in Convrge, when you turn your head, everyone else can see it, so be ready for some extreme eye staring contest between avatars. If it’s awkward for you to stare at others in real life, it would probably bother you in Oculus Social too.

I am quite sure it’s going to be improved more and more as time goes on. Screen size is perfect in my opinion, but it truly lacks an invite button. If that’s going to be implemented, you won’t need to invite your friends over to your house for movies anymore. Plus, it has VoIP so you can hear fellow “VeeRrerrerr’s” talk.

Whether it’s a good thing or not, I can’t deny it looks awesome as hell. Oculus Social is also going to be available for Oculus Rift when it releases in Q1 2016.