Guy Gets Robbed While Wearing an Oculus Rift

There may be many hurdles that VR has to conquer, but I never expected robbery being one of them. 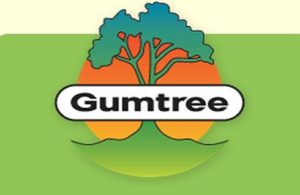 Guy with a username venusia94 decided to sell his old stuff after christmas, just to get some extra money. He had an Oculus Rift DK2 lying around, and posted it with pictures on their Australian advertisement website called “Gumtree” for $400 dollars (1 australian dollar is around 0.73 USD).

After waiting for a couple of days, he got a message from a random guy saying that he wants to buy it today. After this buyer arrived at his house, they went to the so-called “gaming dungeon” of his, where he had an Oculus Rift on the table. Before buying a DK2, guy wanted to test out the headset, so owner decided to demonstrate a game called Elite: Dangerous for him.

While he, the owner, was putting on Oculus Rift along with the headphones, the other dude decided to do a little clean-up in the owner’s wallet. When he finished setting up Elite: Dangerous for the thief, he was already lacking $1,500. Still, thief decided to stick to what he said about buying an Oculus Rift, and handed him $400 (probably took from the stolen money). It was only after he went to add extra $400 to his stash that owner noticed something was wrong. When he found out he got robbed, he tried to contact the thief, but obviously didn’t manage to get a hold of him.

Unfortunately, he did not have the serial number, and he is still trying to bust the thief.

I guess that could be considered one of the dangers of VR going mainstream – your place may get “cleaned up” while your eyes are covered.

You can read the full story here.

If you want more VR news, be sure to follow Rift Info!