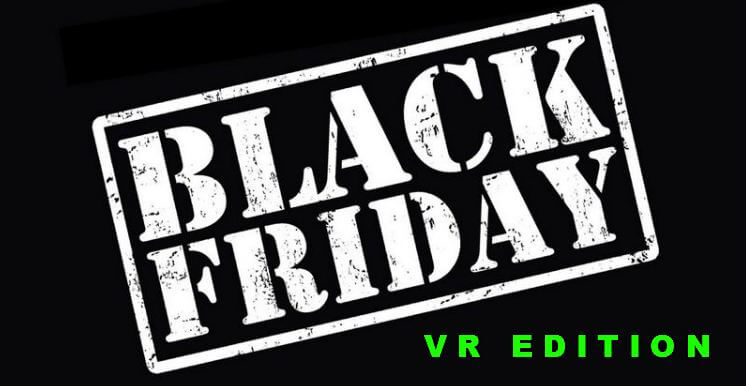 Here are the BEST Black Friday Deals for VR Products!

Black Friday is one of the most anticipated times for our piggy banks to be emptied. Everyone knows about the special deals that this week brings, but what about VR hardware? What kind of juicy deals can you harvest in terms of virtual reality?

There were some rumors that this Black Friday will not be as good due to the fact that Rift and Vive have already lowered their price exponentially. How much lower could they go? Well, apparently a lot because Vive, Rift and PSVR bring deals that can save you upwards of $100.

Gamestop is giving out this deal this time.

Deluxe audio strap has a very high reputations amongst users. You’be basically swapping your own flexible headstrap for something rigid, and that means it’s customizable for your own head size. In return it means that it will be easier to put the headset on and take it off. It also comes with added bonus of being a lot more comfortable to wear since the main pressure point will not be on your face but on top of your head.

And of course, since the name itself says “audio strap”, it includes integrated headphones that are designed to be perfect in VR.

Considering that Oculus Rift does not fall behind Vive in any way, it’s an incredible offer that definitely deserves praise. Oculus Rift has made the biggest price changes this year, and even seeing a $50 dollar discount is kinda surprising.

Playstation VR managed to become the most popular VR headset out of the three competing giants. Right price and right games skyrocketed their VR sales, and now they are ready to lower the price even more.

GTX 1080 is a power house. Trust me, even in VR there are games that can crank up their settings to give you the best visuals, so if we compare the minimum GTX 1050ti to GTX 1080, you WILL notice the difference when playing in Virtual Reality. Especially now that games are starting to play around with what they can escape with in terms of visuals, getting a powerful GPU is important. Right now, GTX 1080 is getting a huge discount. Get it before supplies end.

We’ll be keeping an eye out for more VR deals. Keep yourself around!

If you liked this post, consider sharing an liking us social media. It helps us A LOT!