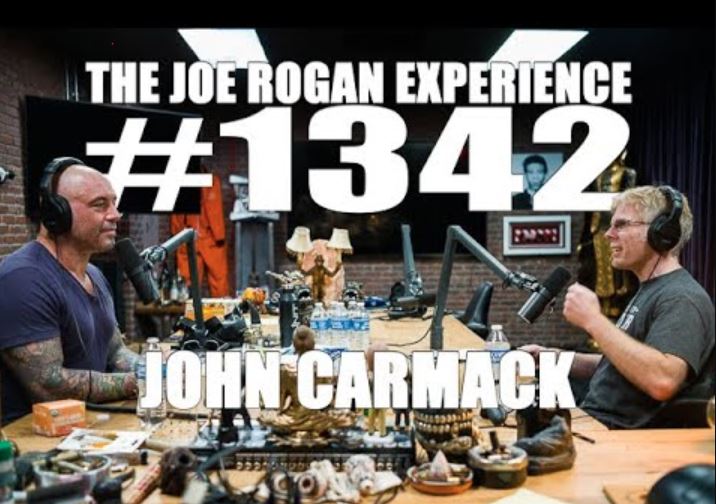 Here is What John Carmack told Joe Rogan About Future of VR.

John Carmack – considered a programming god by many – got together with Joe Rogan – a professional expert in martial arts, a podcaster, and an avid fan of hunting deer, naked, equipped with only bow and weed.

At first glance, they couldn’t be any more different, but the skills that Rogan has at asking the right questions, and most importantly, listen when you need to listen, makes this a fascinating interview. All this is made easier by the fact that John Carmack, an introvert as he calls himself, really knows how to talk in a way that makes it captivating to listen to. 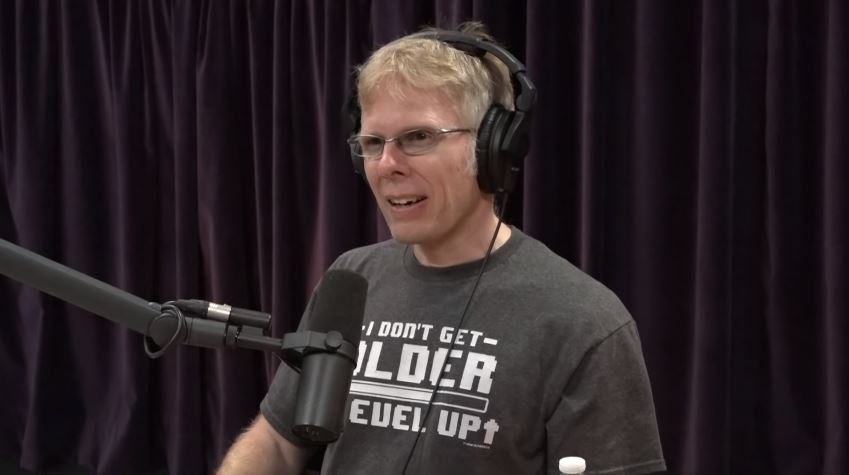 Even Joe Rogan, one of the best conversionalists in the world, didn’t need, or want to interrupt John. There was no need to keep up the conversation because Carmack managed to talk without pause around 95% of the time.

The thing that makes it easy to listen this whole 2.5 hour podcast in one go is the fact that John Carmack truly is passionate about his craft in programming, VR, software, and in challenges that come with it.

Currently, he is challenging himself with making VR work as well as possible on portable devices likes Oculus Quest. Seeing the positive reactions from mass media for the device he worked extensively on, really shows his level of understanding of what the people want.

First of all, the movement.

His thoughts on movement in VR.

Although Joe Rogan has enjoyed the VR experience that John Carmack showed to him a whole lot. The one that he showed him was the Star Wars experience.

Interestingly enough, it wasn’t Joe that started talking about the disadvantages of Oculus Rift, or VR in general. John Carmack brought up the movement himself, and said that the types of movement that regular monitors use, aren’t suitable for virtual reality experiences. It’s a well known fact, but he also added that the current treadmills, like features in Ready Player One movie, isn’t something he “would put his money into”. At least for now. 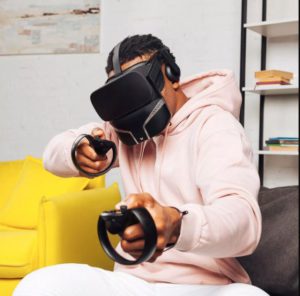 There is no doubt that everyone wants VR to be as immersive as possible, as well as Carmack, but according to him, we just aren’t there yet.

Smell inducing devices are a great idea, but blowing chemicals inside your nostrils may make things worse than it is.

Smell-o-vision device from FeelReal company had a great buzz many years ago, but it didn’t really get the proper traction. How it works is, it’s basically connected to your headset underneath. It has propellers that blow air on your lower part of the face, and if you add cartridges (that need to be replaced over time), you’ll be smelling all sorts of things. If, for example, there is a toilet VR scene, crap smell will be thrown right at you will full immersion (depending if such cartridges are available). 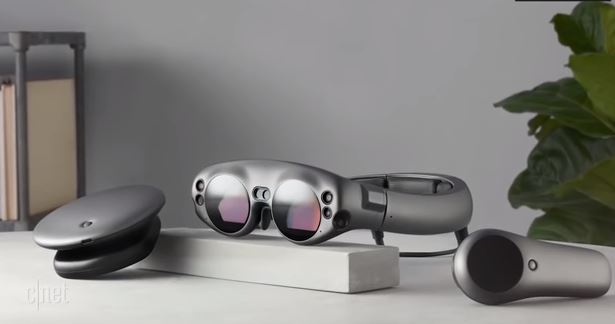 Although he may be biased just a little bit, being a Chief Technology Officer of Oculus, he truly believes that in the end, VR will thrive more compared to AR.

He explained it by the fact that even if AR goggles would be reduced to a size of strapped goggles, it is unlikely that people would want to wear it for duration of the day, which in turn was one of the goals of AR smartglasses.

As time goes on, both VR and AR will get an appropriate place in our lives, as it is just the beginning of said realities. But even now, we can see in VR how it grows and blurish under careful marketing and innovation of technology.

As it’s seen in John Carmack how excited he is to talk about virtual reality, it in some ways, excites me knowing that this will grow into something that we will definitely use in our everyday life.

Simulated reality is just a next step. Who knows, maybe in time, we will be able to merge VR and Brain-Machine Devices (BMI) like Neuralink – the one that Elon Musk is deeply interested in developing. Imagine VR headsets providing visuals, and Neuralink device simulating smell, feel, and everything else that is needed to close the gap between our reality and simulated one.

John Carmack said on Joe Rogan that he visited one of the offices of Neuralink, and he thought they were really on to something.

Guess time will tell where VR will venture.

Here is the full conversation:

Please consider sharing. It helps us out a lot!