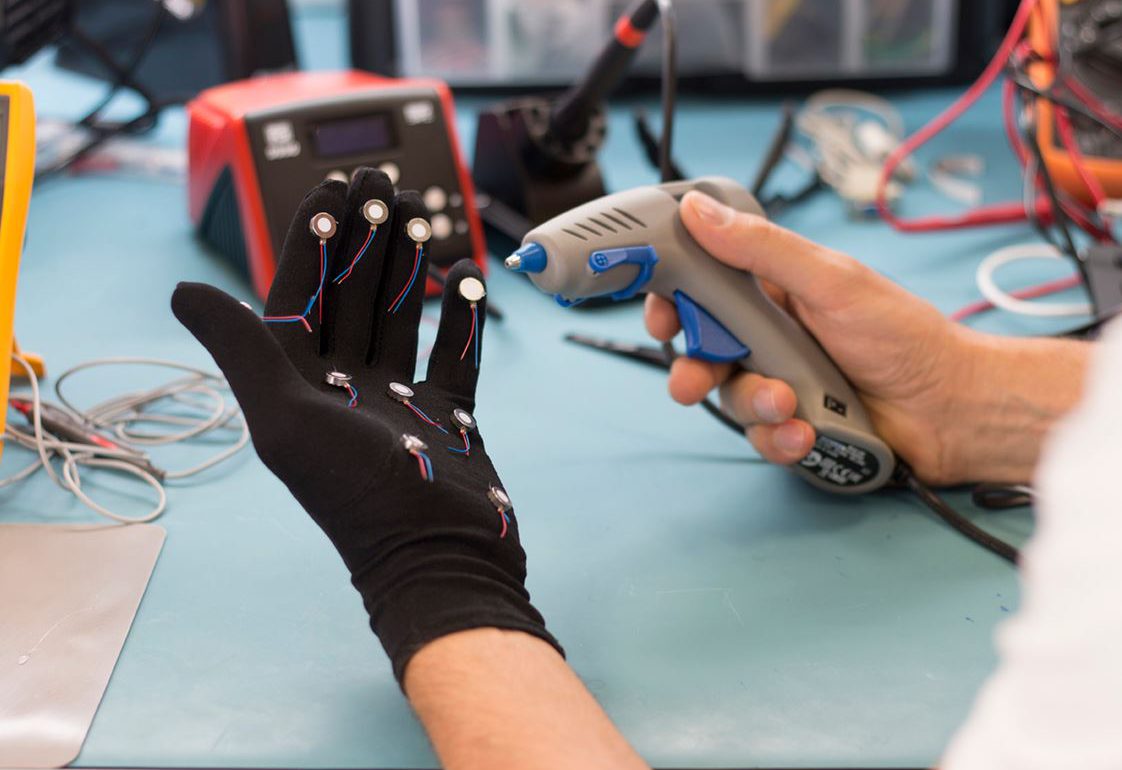 If we look at the VR history, Oculus Rift Kickstarter was the one who made the wheel spin in the right direction.

If you have been following virtual reality development, you know that it has roots far longer than just with Oculus Rift. People have been trying to emulate virtual reality even in the 90’s, but with no success. The only reality that struck you was the smell from the toilet after going there to puke from nausea.

When Palmer Luckey started the Kickstarter, he only planned to sell around 100 of them, just to get enough money to create Rift prototypes for VR enthusiasts. But after meeting with John Carmack, another VR fan, his luck was about to skyrocket.

Just within 3 months Oculus has gathered $2,437,429. That created a lot of media hype and buzz, which resulted in huge recognition. Big companies started to hop on the hype train by creating their own virtual reality devices. Even augmented reality was squeezed in, and as we know, Hololens doesn’t shy away from publicity.

Here are some of the VR/AR devices that Oculus Rift encouraged to surface through Kickstarter:

FOVE.  This upcoming VR device takes a new interesting approach for controls. Its main selling point is integrated eye tracking, which is nothing short of amazing. FOVE is getting a lot of publicity lately and it has reached its funding goal by twofold. FOVE Kickstarter was successful.

Virtuix Omni. This is an omnidirectional treadmill which might send you to a whole new level of immersion. With carefully planned design, you can move freely wherever you want with your own feet, while at the same time wear a VR headset. Virtuix Omni Kickstarter was successful.

Gloveone.  Gloveone gives its own touch to virtual reality controllers, allowing users to feel stuff. Gloveone has 10 haptic actuators on the fingers that simulate real life touch. This project is something I am personally interested in. Gloveone Kickstarter hasn’t ended yet, but is expected to be successful.

FeelReal. FeelReal premise is to let its VR users experience such sensations like wetness, heat, smell, wind, and even vibrations through its own attachable mask. Sadly FeelReal project Kickstarter was unsuccessful, but they have promised to deliver the product to market nevertheless.

FlatVR. FlatVR project was started by a high school student, who uses his 3D printer to create Google cardboard-like VR headsets. Like he said in one of his promotional videos, it will come with all colors, “as long as it’s black”. FlatVR Kickstarter was unfortunately unsuccessful.

ANTVR KIT. In its VR bundle, controller is included, letting you play FPS games with bigger engagement. However, practicality of it is unknown. ANTVR KIT Kickstarter was successful.

Roto VR. Roto VR lets you sit on a chair that can do 360 degree turns with its own integrated pedals. It is said to be the first motorised VR device. Roto VR Kickstarter was unsuccessful.

Widerun. All kinds of projects start to come up, only to immerse yourself even deeper in VR. For VR and bike enthusiasts, there is a middle ground, allowing you to connect your own bike to VR world. This way you can travel to all kinds of places with your bike without ever leaving the boundaries of your house. Widerun Kickstarter was unsuccessful.

SEER. SEER is reported to focus mainly on AR, although VR is not out of the question. With its high 100 degree FOV and a reasonable price, it might be worth checking out. SEER Kickstarter was successful.