HOW TO: Use Oculus Rift With GLASSES!

Want to use Oculus Rift with glasses? Are you worrying that glasses will get in the way of virtual reality experience?

It is reported that as big of a number as 61% of people in the developed world wear glasses, or at least need one. That is a crazy big number.

And you know what? For some unknown reason Oculus company did not take glasses wearers into consideration when designing their first consumer headset. That led to people searching for better alternatives. One of the alternatives is HTC Vive. Vive has a lot more space inside the headset, and the distance of the screen from the eyes can be moved deeper is the need arises.

Don’t get me wrong, you can still wear some glasses with Oculus Rift, but they have to be of specific size or smaller, otherwise the frame of your glasses will press on your face too hard, resulting in painful experience over time.

What should you do then?

If you don’t have an Oculus Rift, and you worry about the fitting part, then the first thing you should do is to measure the size of your glasses. 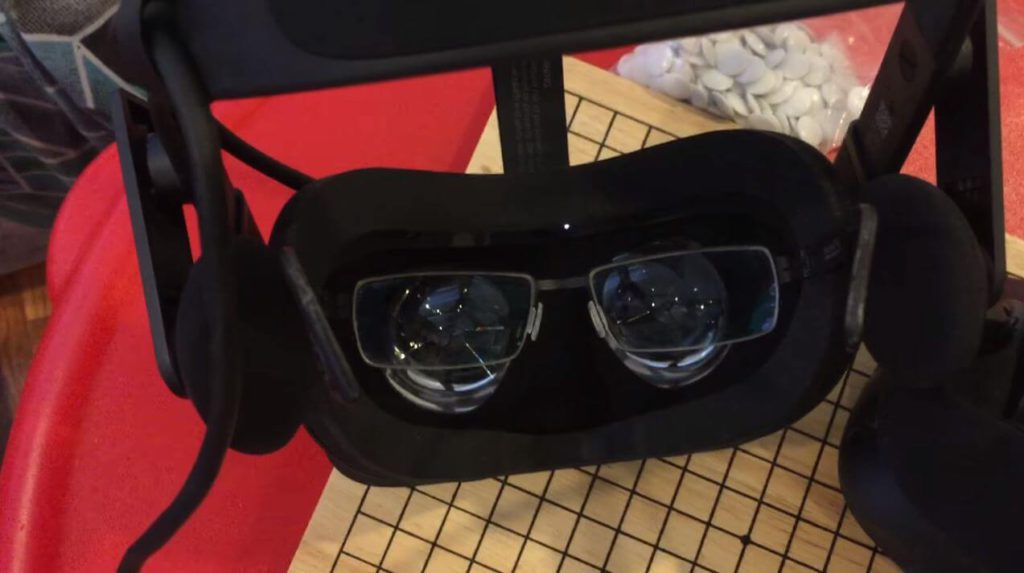 What size of glasses you should have:

If the size is bigger than the numbers above, go to solution nr. 2. If the size of your glasses is smaller, then you are probably good to go.

The only problem you might experience is getting used to putting on and wearing glasses with the headset. You might think it will pose no problem, but eventually you’ll come to realize it’s trickier than we initially thought. I wore glasses back in 2016 and I remember the initial frustration that came with it.

First thing you have to remember is that with glasses, putting on the headset with front-to-back (face first, then back of the head) technique is better than back-to-front (back of the head first, then face) technique that many of us are used to. Otherwise you might accidentally break your glasses or hurt yourself.

If you feel like headset just doesn’t wrap around your head with that technique, loosen your straps, and then tighten them.

Many have also found another technique that evolves around putting your glasses INSIDE the headset, and then sticking the whole package in your face. Make sure you don’t poke yourself with glasses that way.

All of that above become a bit tedious after a while. That’s why there are some other ways to overcome the vision problem. It’s my pleasure to introduce you to custom VR glasses.

Right now, there are 2 main manufacturers that focus on making specific lenses for Oculus Rift:

I recommend you to go with WIDMOvr. Although VR Lens Lab started earlier, there are some problems with them that just isn’t optimal for long-time usage (they move too much and distort the view). With WIDMOvr, people are generally pleased, and that is mostly because they come with custom frames that holds everything together nice and tight.

With VR Lens Lab you don’t get that. If for some reason you still want to go with them (or if you already have them), you might look into buying an extra accessory called adapter frame. You can check it out on Ebay.

Otherwise, you should be pleased with WIDMOvr ↓

As you can see, it’s super easy to install and it will be in there with no movement or discomfort. One thing you should keep in mind though is that VR Cover padding won’t be compatible that way. You’ll either have to use WIDMOvr cover, or stick with the original Oculus Rift cover.

But what if it’s not an option either? 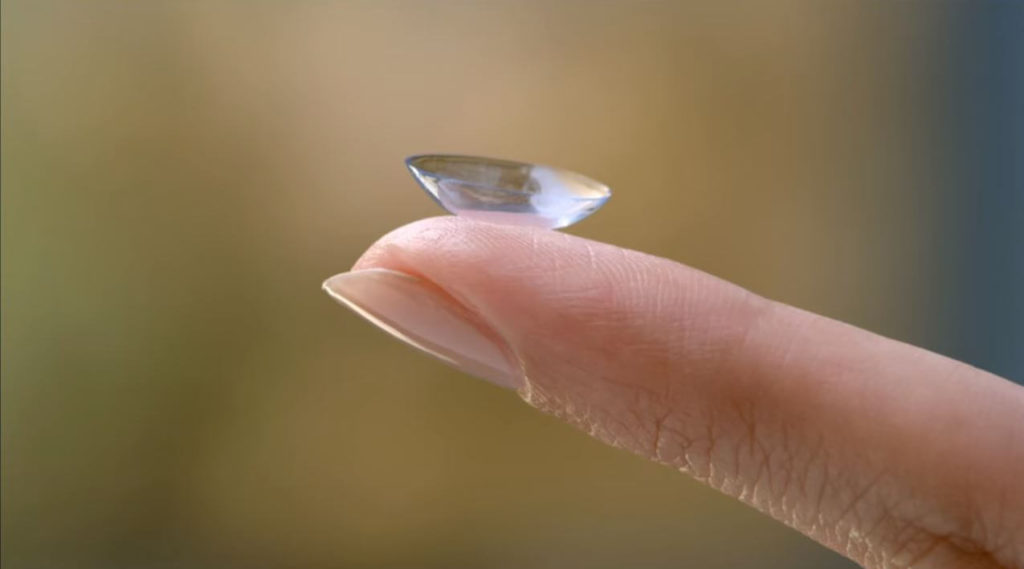 That’s something that I actually chose to do.

Almost all my life I was wearing glasses. I hated contact lenses. When I was young, I tried out contacts for the first time in a random glasses shop. You know how long it took me to put on contacts? 45 minutes, and that’s for one eye… and that’s only to put it on. It took me another 30 minutes to take it out.

The lady that gave me those contacts told me to hurry up, but I just couldn’t do anything. It started to get really awkward once the lady came in to help. As soon as my finger came close to my eye, it started to blink so fast that I looked like I had some kind of a seizure of something. “Never again” – I said at that moment… but here I am, wearing contact lenses day and night.

Oculus Rift is actually what made me abandon glasses and wear contacts to this very day. I just got through the fear of having anything in my eye, and once I found the perfect contacts that didn’t irritate my eyes, I never looked back.

So if you are on the edge of buying contacts, I’d say it’s worth it. For Oculus Rift and VR in general, it’s the perfect solution. If you are still worrying about eye touching, make sure to buy day and night lenses, so you don’t have to take them off for at least a month.

There are many ways to fix the vision problem in Oculus Rift. In some cases, you don’t even have to wear glasses. I don’t really know the exact reason, but when I tried the VR headset for the first time, I didn’t notice blurriness as much as in real life, despite looking very far away in VR games.

So if your SPH is low, you might not even need glasses in VR. All it comes down to is testing it out for yourself. If you don’t have an Oculus Rift, and you are worrying about glasses, then there are some solutions. Otherwise, HTC Vive might be a better fit for you. I’ll make an article about HTC Vive and how it works with glasses also (coming soon), so be around for that.

If you have any tips or advise for this topic, leave it down in the comments below!

If you liked this article, feel free to like and share us on social media. It helps us A LOT!

Join Us For Latest VR Tips!