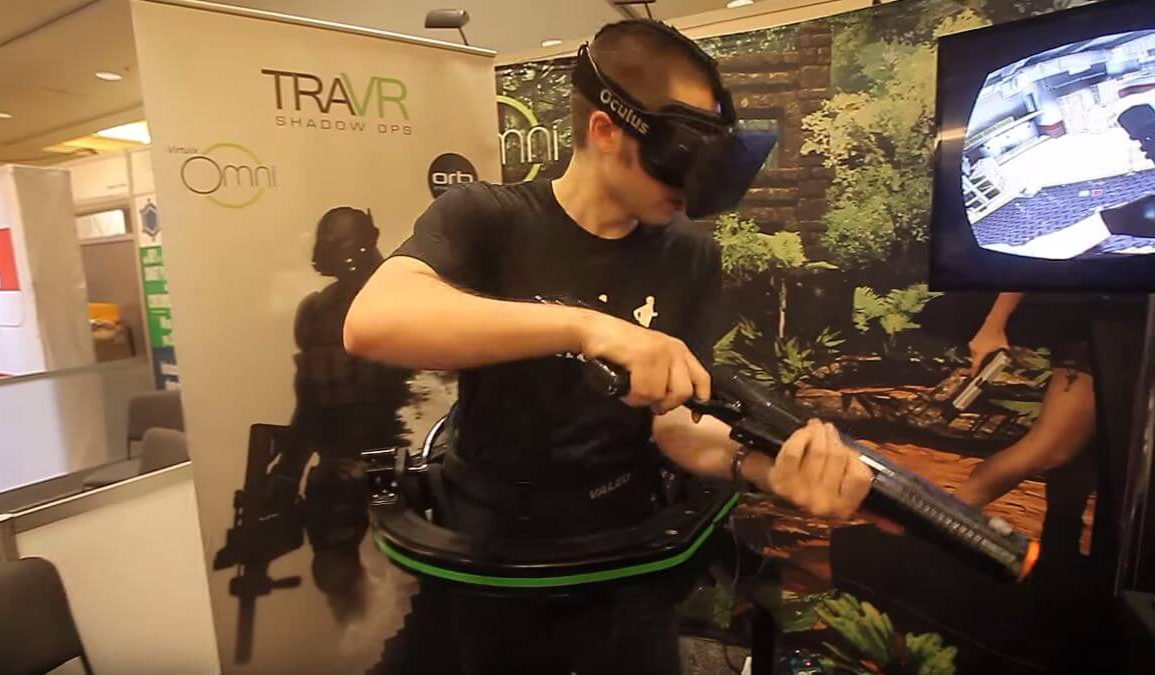 Even better way would be to ask, are omnidirectional treadmills Oculus Rift and VR friendly?

We have had these treadmills long before virtual reality became a thing. Whether they were used in movies, or for people to create their own simulated reality. Whatever the case, they were not popular in mass market.

What is omnidirectional treadmill exactly?

It is a mechanical device that allows its users to walk with their feet in any direction without moving from their place. Imagine it like you are in a small bowl while equipped with roller skates. Your feet move, but you slide back and forth.

Before they were made for virtual environment, but as the word “virtual reality” became popular, their focus switched to head-mounted displays.

As soon as Palmer Luckey introduced a VR headset – an Oculus Rift Development Kit 1 – to people in 2013, all sorts of other companies based on innovation followed the VR trail. And rightfully so. Never before have we seen as many Kickstarter be so successful in the gaming area.

What Omnidirectional Treadmills Are There? 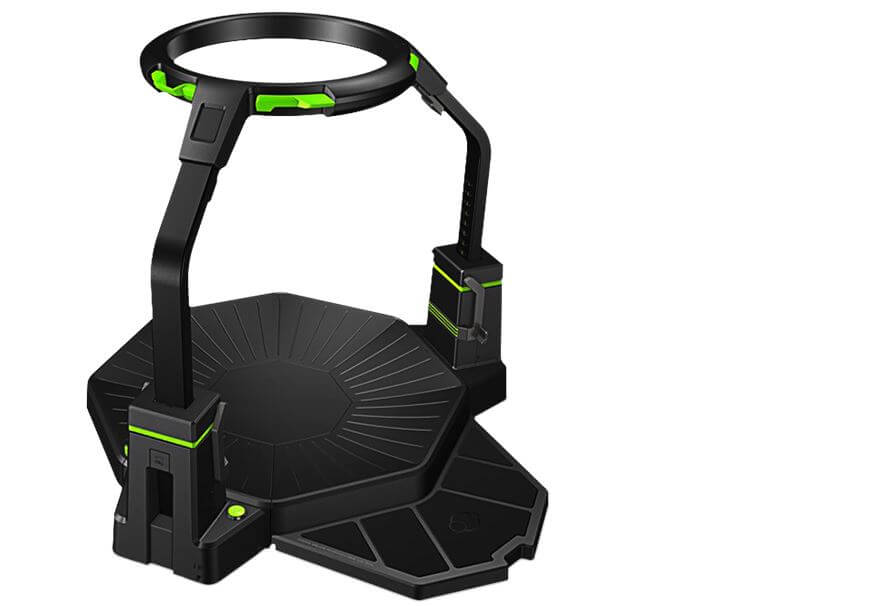 One of the first devices was Virtuix Omni. Virtuix is considered one of the first omnidirectional treadmills made specifically for Oculus Rift. Would there have been other HMD’s available, support would probably been added to them also. 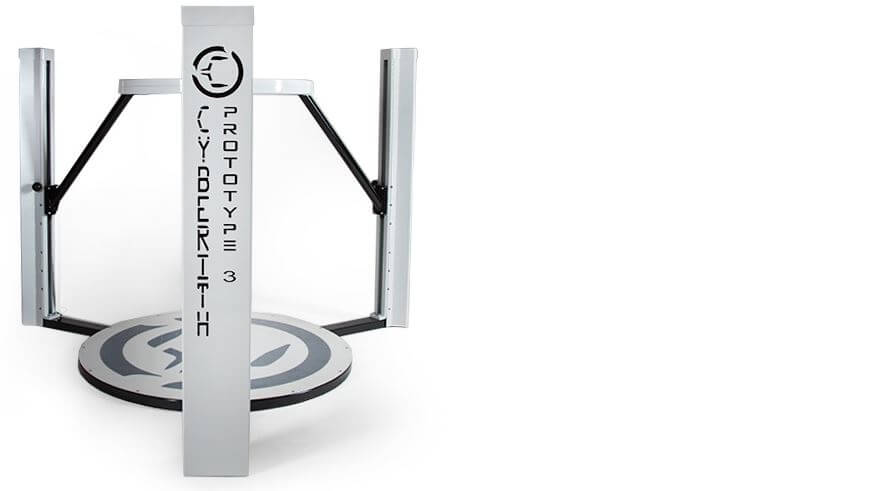 The next one on the “Omni” list is probably Cyberith Virtualizer. Cyberith takes a bit more space, looks more clumsy, but definitely lets you have more freedom with movement. Unlike Virtuix, you can crouch and sit with its movable ring that holds your body . Another difference between these two is also the lack of need for proper shoes with Cyberith treadmill. You can slide however much you want on your socks without worrying about surface material wearing out. 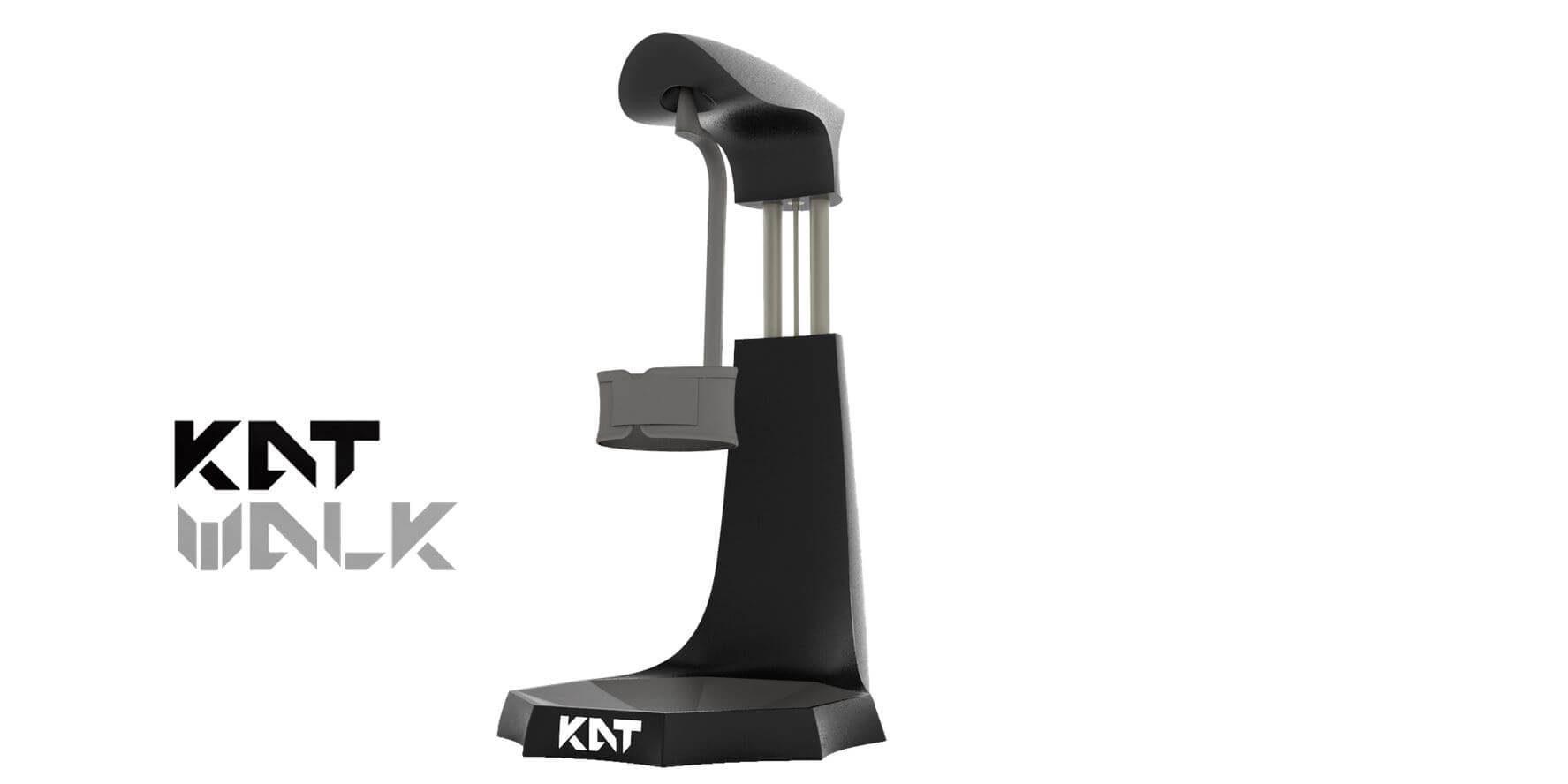 Third – the one that was announced recently – is called KAT VR. This new kid from Chinatown invented a unique body-rotating system that eliminates the problem of your hands not dangling properly when you walk. Although with joystick ( a probable controller for VR games) you don’t really hold your hands around your hips, it can prove to be more natural and useful if we want to go to a next level of immersion with VR controllers.

Controllers like Oculus Touch and HTC Vive’s Lighthouse do allow users to use your hands for grabbing stuff and feeling a natural impulse while gaming, but with Cyberith and Virtuix you will always feel that plastic ring around your body. To get the greatest amount of freedom, KAT VR does go in the right direction with creating a structure that holds your body from the back area. 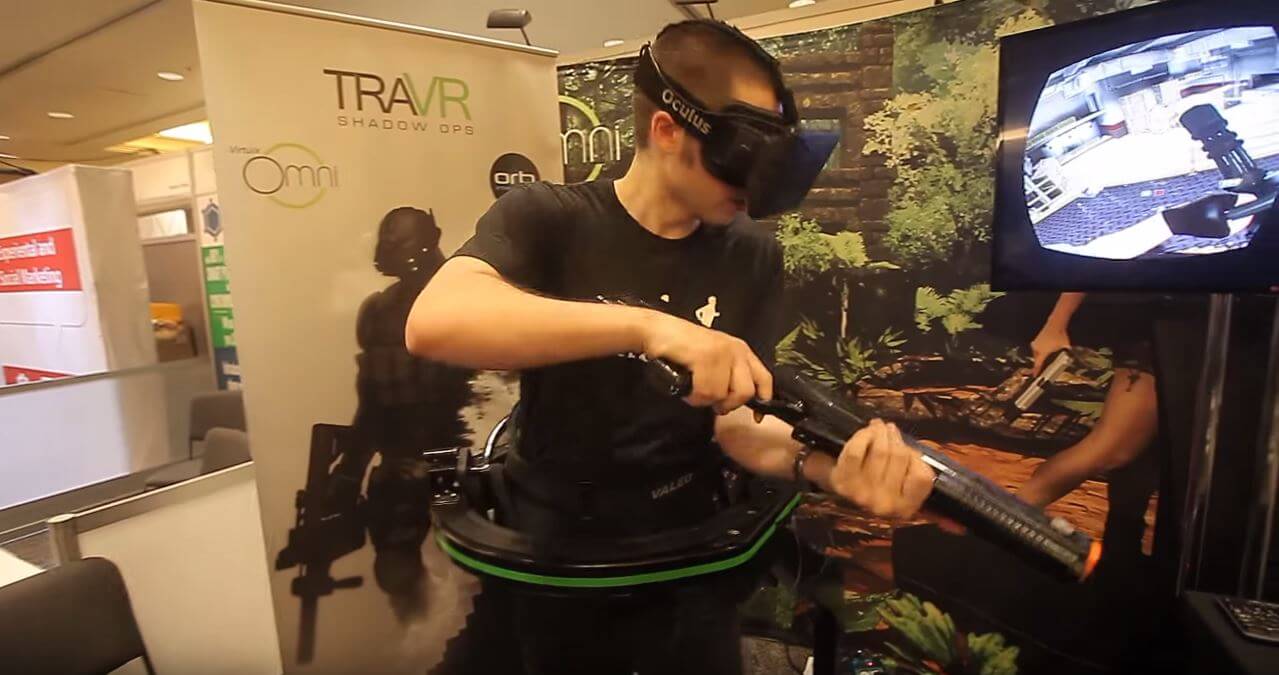 Natural Feel. As much as would love to get a treadmill that simulates a complete 1:1 feel with real world, it probably is too early to even dream about it. Biggest concern for me in this area is momentum. When being stationary in one place, the lack of impetus does confuse your brain to some degree. You can get used to it, but the idea of complete immersion does take a hit eventually. 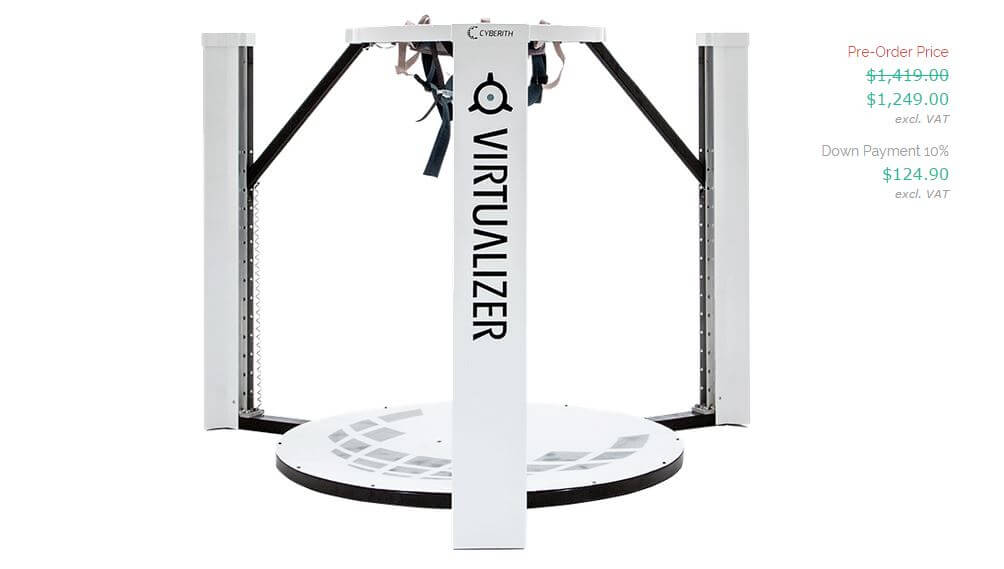 Price. These treadmills aren’t tiny. Even if a concept of it may be simple, it does take a lot of resources to build one, so if a company wants to keep getting profit, an appropriate price has to be placed. This is where it might turn most people away from it. Cyberith, for example, costs around $1,300. Virtuix is $700. KAT VR hasn’t announced their price yet, but rumors are it costs less. Either way, not mass market friendly.

Their size. Lets take Virtuix for illustrative purposes. It is tremendous. Apart from parts being enormous, it is heavy as well. The bigger the thing is, the more expensive shipping will be, adding a sum of money to a total price.

However, Could They Work in the Long Run?

If you get past the initial hurdles like getting it past your door, or assembling and disassembling it over and over, it could be something amazing.

Right now it truly feels like it’s in the beginning stage and needs a lot of work for universal agreement on how it should look and feel.

VR has opened a door to a whole new entertainment universe that allowed indie companies to make VR controllers, VR treadmills, VR games, VR movies, VR cameras and lot of other devices that plan to be announced soon.

Once 2016 comes to our doorstep, VR headsets will be insanely popular. And no, I am not making things up. Unless something catastrophic happens, nothing can stop the VR choo choo hype train.

After that we can focus on adding an extra immersion to VR. The reason is, not a lot of VR games are made for treadmills. Shipping each treadmill to developers is expensive for both parties, and doesn’t make a lot of sense in such an early state.

but games like Call of Duty, Skyrim, GTA 5 and other games that are shown with treadmill on Youtube are not originally made for it. “Omni” devices work similarly to joystick. You move your legs and the character in-game moves. Still, your legs are not synced with the legs of a game character. Watch the video above and you’ll see how guy stops at one moment, and the char in-game still makes walking sound with his legs.

But, it can be quite easily fixed by adding more tracking pads to knees, hips and to lower feet. For that we need a full body VR tracking, which is something that is not quite there yet.

In my opinion it has a lot of potential to become something big with VR. However, everything needs to be slowed down a bit, or else we’ll see companies throwing chunk of money in a soup that isn’t ready to be served (Infinadeck reference). If they work together with developers and have unique content to share with these huge machines, nothing is impossible.