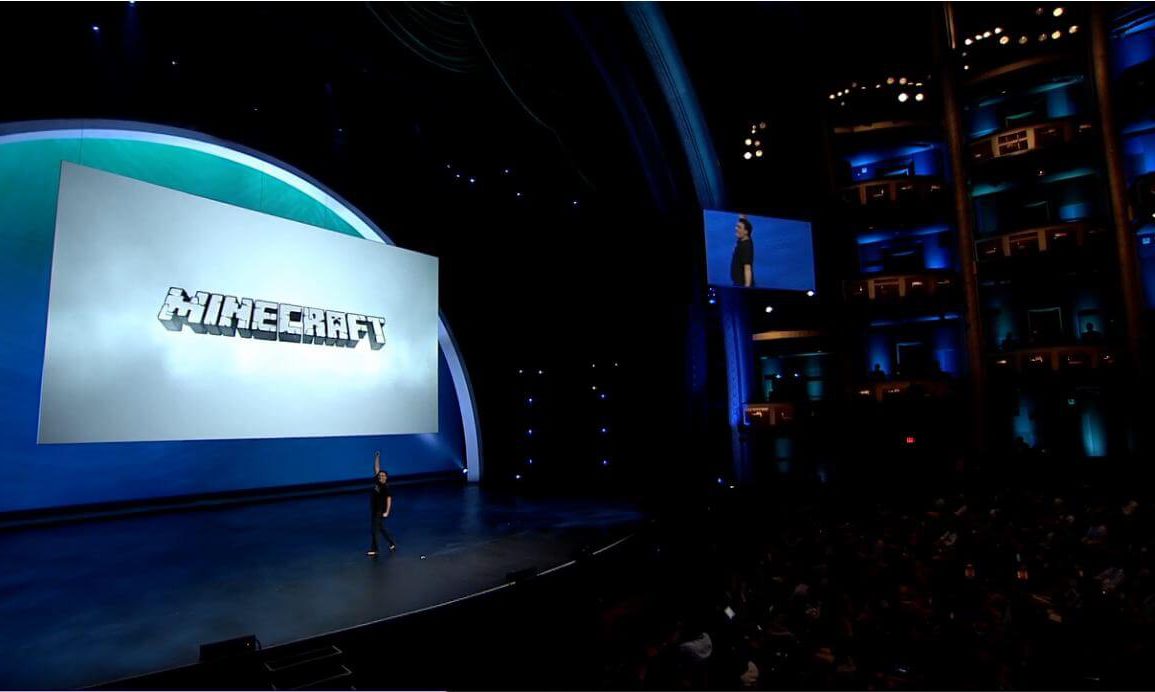 At Oculus Connect Palmer Luckey – person known to wear flip-flops everywhere – entered the stage to talk about himself, and also about the biggest game in the world coming to Oculus Rift in Spring.

Minecraft Windows 10 Edition is an adaptation of the Pocket Version, but this one runs only on Windows 10. It has the same features as Pocket one, plus extra few additions. That Hololens demonstration where the dude was showing us augmented reality by equipping a set of glasses and seeing the Minecraft world around him, is one example of Windows 10 Edition.

Interesting thing is, Oculus already has a modded Minecraft version available to play, and it’s called Minecraft. It is made and supported by talented modders who couldn’t wait for Minecraft to drag itself to virtual reality officially. Here is a Minecraft VR setup guide if anyone is interested.

When Minecraft was in the hands of Markus Persson, he wanted to give the support much earlier. However, when he heard that Facebook bought Oculus last year, he was repelled by the support idea itself. He even wrote this on his Twitter page:

We were in talks about maybe bringing a version of Minecraft to Oculus. I just cancelled that deal. Facebook creeps me out.

Update – a Few hours ago he posted this:

My opinion on minecraft/oculus? Neato! Now, back to ignoring Quiet because D.D. obviously is much better. — Markus Persson (@notch) September 24, 2015

Now that Minecraft is in the hands of Microsoft, and Oculus is partnered with Microsoft, more freedom is allowed for Oculus that resulted in Rift shipping with Xbox 360 controller and official Minecraft support.

I believe this could be quite a good game for new people entering the VR.