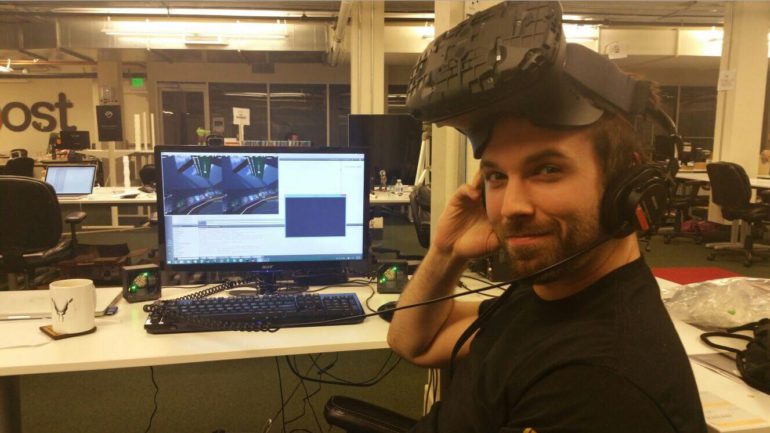 JanusVR – a browser made specifically for VR – has announced their support for HTC Vive on Nov. 7.

For those of you who don’t know, JanusVR has been around since the DK1 days. James Mccrae – the creator of this program – first had plans to make DK1 Linux compatible, and has learned quite a lot about rendering process along the way.

Since deciding to work on making VR’s own internet browser instead, he has worked tirelessly on JanusVR since 2013, making updates to that program almost every day/week ↓ till this very moment.

With JanusVR, you can walk around in 3D space, visit different websites and connect 2D content with 3D. Links are going to be presented to you as portals to another dimension, which of course, you can visit anytime you want. Other people can be in the same world as you are, so social aspect plays an important role in JanusVR.

Apart from exploring the black hole, aka The Internet, you can create your own virtual world through web content and Javascript. Although this part of Janus is looked more as a gimmick, it is a nice feature that you can use and then show to other people.

We don’t have HTC Vive yet (unless you are one of the lucky developers having Vive in your hands), but as you see on the picture below, JanusVR creator has one, so when Vive comes out later this year or next, you can jump into VR browser as soon as you lay your hands on it.