Soon You Will Be Able to Wear Oculus Rift With Glasses!

A lot of design changes have been made on the Oculus Rift CV1, from better ergonomics to integrated headphones.

For those of us who wear glasses, Oculus Rift devs did some alternations to interior side of the headset, allowing more space and better comfort.

I would say one of the biggest changes they did regarding the sight and glasses is changeable facial interface and physical IPD adjustment. Absence of it was something a lot of people were complaining about before, especially the ones whose IPD is lower or higher than average (average is around 64mm). 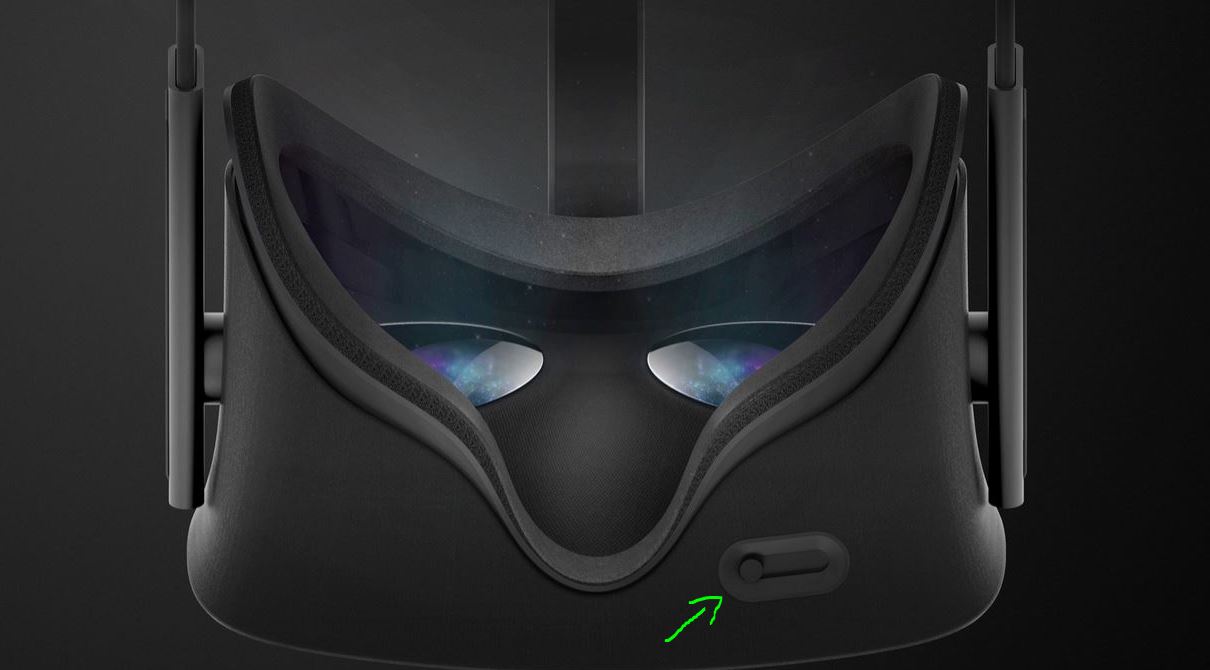 “The next thing that pops into your vision is the power switch. Or at least it’s what I think it is. As some mentioned, it could be for brightness, or even some kind of an IPD adjustment.”

Nope, it was IPD adjuster. Turns out, Oculus Rift CV1 is going to be one of the first headsets that allows you to physically change the IPD. No other development kit has it. This is a very good news for people whose IPD doesn’t fall into average spectrum.

If IPD is too low or too high, blurriness can happen. To counter that, people have been finding variety of different solutions to conquer this problem.

See also: Vision With the Oculus Rift Blurry For You?

For example, some third parties even started to create lens replacements/attachments just so that you can have a comfortable VR experience. Over 150,000 Oculus Rift development kit units were shipped. I am sure quite a big percentage of buyers encountered that problem.

Now that you can easily adjust the screen for your eyes, blurriness problem might be a thing of the past.

Oh, people have been creative in this area also. Sometimes A, B, C lenses were just not fitting, and when you put on the glasses, interior started to press on your skull. Some even removed the lenses from their glasses and duck taped to the inside of the Rift.

Palmer Luckey and his Oculus team realized that there are just too many different sizes of heads. So to fix this problem they decided to add multiple facial interfaces to the VR kit. If you will not like the original interface of Oculus Rift, detaching the old one and attaching another won’t be a problem.

Here is what Palmer said to reporters on Special Live Event:

“We have a [facial interface] that’s designed for glasses user that provides a little more eye relief in the most comfortable way possible.”

Ergonomics of the Rift headset changed tremendously for the better. Not only is everything adjustable, but the headset itself is a lot lighter and much more suitable for different heads. I guess hope hasn’t been lost for Nikolai Valuev.

However, lenses themselves might not be as good as something from dedicated glasses stores. Here is what Palmer said in reddit few days ago:

“CV1 quality lenses are not remotely within the realm of what an optician can provide.”

Don’t get me wrong, CV1 will probably have even better lenses than what we currently have, but they might not be an ideal replacement for your own personal glasses. The only way to truly test it out is to wait for Oculus Rift to come out next year.