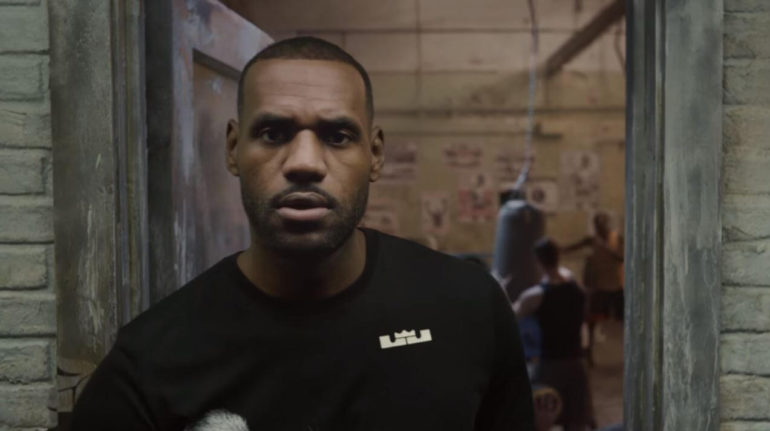 Samsung is really kicking off with all the advertisements, and this time they managed to film the training life of Lebron James. This 12 minute virtual reality 360 degree clip is only watchable on Gear VR, or if you directly download it from Oculus Store.

Samsung even has an introductory video uploaded on Youtube, but they did not make it 360. Probably due to a fact it’s an advertisement, and they will be shown on big screens that can’t be influenced or dragged by viewers.

Lebron James actually posted a shorter version of “Striving For Greatness: An UNINTERRUPTED Original” on Facebook, and it already has almost 2 million views:

Striving For Greatness: An UNINTERRUPTED OriginalI was born with God given talent, but I PROMISE you that when the bright lights go down I am grinding it out and working my tail off to get better. I will never cheat this game… Catch the full series on UNINTERRUPTED #StriveForGreatness #UNINTERRUPTED #IPROMISE

Right now, Lebron James is probably one of the most famous athletes in the USA. According to ESPN, he is the first person to ever sign a lifetime contract with Nike. The value that Lebron James brought to the table (to Nike’s brand and their stockholders) over the course of 12 years, is nothing short of amazing.

Bringing such an athlete to the VR world thanks to Samsung may as well be one of the biggest VR advertisement campaigns to date.