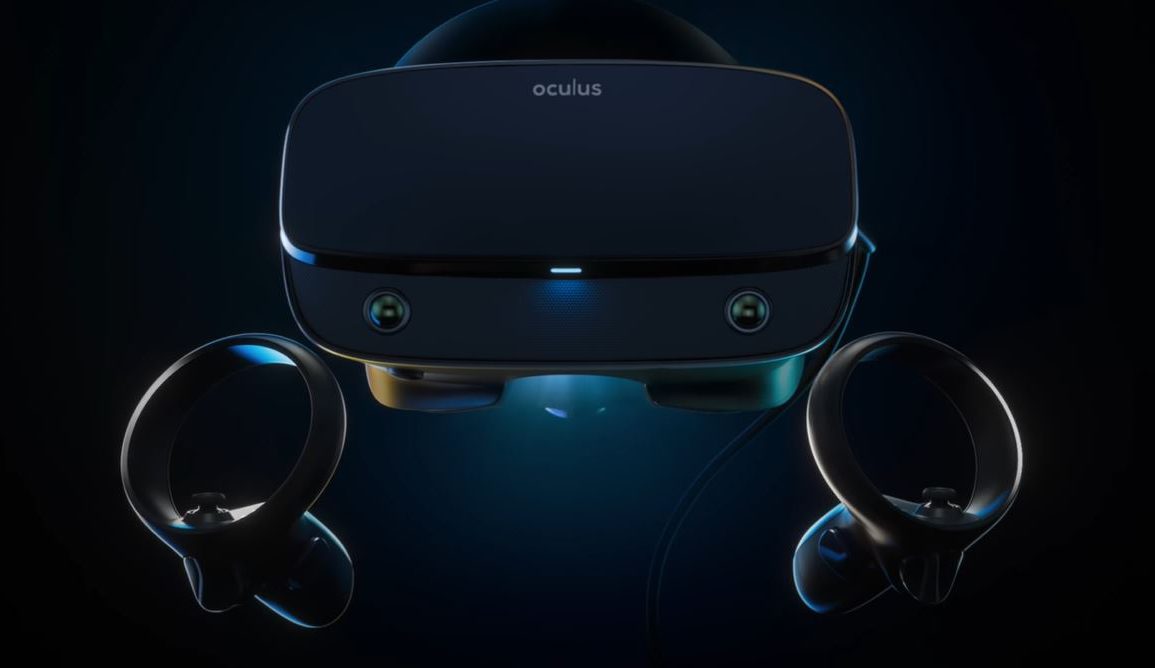 So, recently, as you may have heard, Oculus Rift S has been announced. The hype has been strong for over a week now, and it’s finally official.

Oculus Rift S is coming out in Spring, with a price of $399.

But, do not think that it’s the successor to original Rift. It is not. First, let me tell you what is packs.

There are many differences. One could say that it’s entirely built from scratch considering how many changes there are.

How it affects VR: Basically you will get less screen door effect. Everything will appear sharper, crisper and you won’t be seeing individual pixels anymore. The resolution increase is roughly 40%. 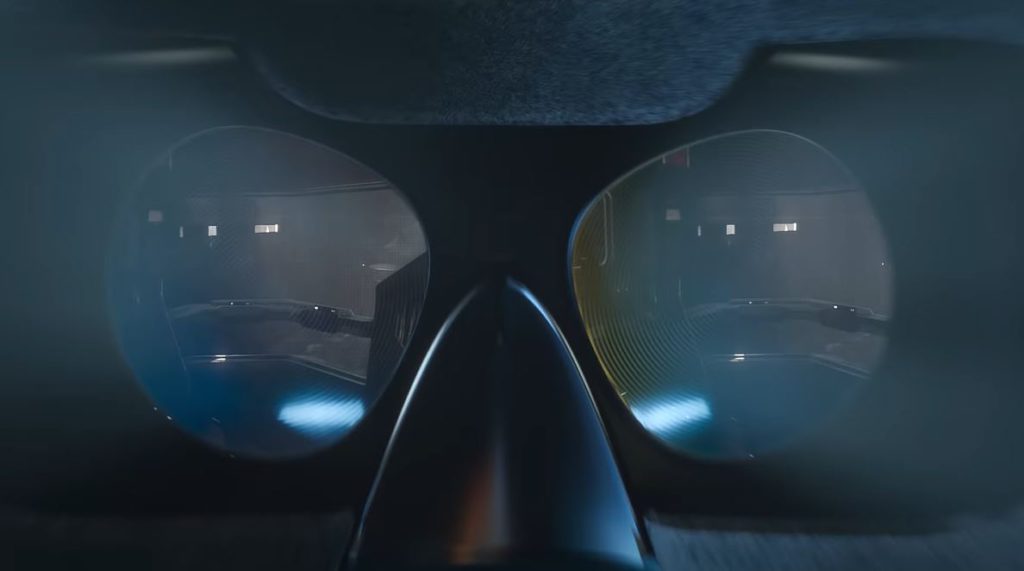 How it affects VR: It seems we have gone back to the original DK1 days… almost. Although the initial thought might be that it’s a downgrade we have to keep in mind that there is a reason for everything.

OLED display lets you get richer blacks because essentially its pixels are basically emissive. LCD is backlit. If the scene or the game is dark, you can basically turn off the emission and you get complete darkness.

But, the positive side of LCD is that there is less screen door effect. You get 3 subpixels per pixel compared to OLED’s 3, so that means that the screen is going to be almost twice as sharp.

The one thing that a single screen instead of double one does is that you won’t be able to adjust your IPD as well as before anymore. More on that below though. 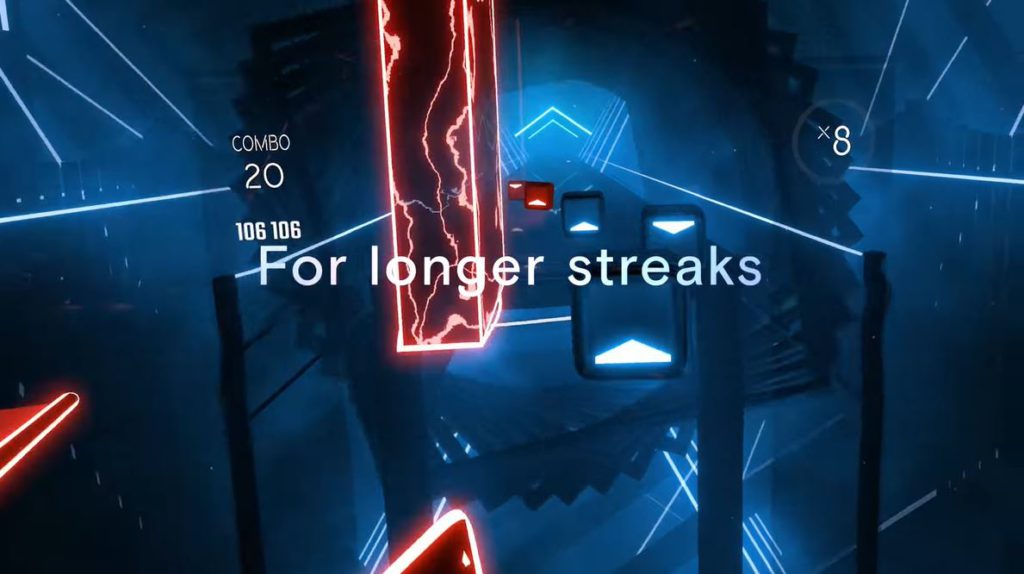 How it affects VR: I am not exactly sure why they reduced the frames per second on the newer Rift, but one can speculate it’s so that people don’t have to upgrade their equipment again due to more pixels that Rift S has.

LCD display actually does reduce the VR PC requirements, but apparently not enough.

Although it seems like it’s a downgrade, there is a silver lining. People who have tried Rift S said they basically don’t notice any difference.

It is a weird change since they have said numerous times that 90Hz is minimum for people not to feel nausea. Seems like they have changed their minds, heh. We’ll see how it goes. 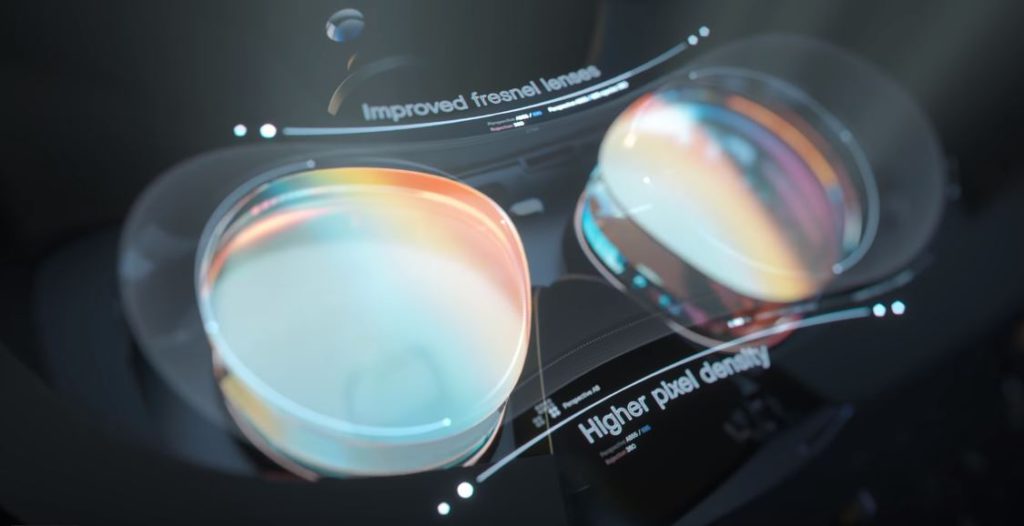 How it affects VR: The new lens technology basically eliminates the god rays. God rays are those annoying specs of light in the corner of your eyes that just take the focus off the game.

People have been upset about them for a very long time and I am happy that these new lenses basically eliminate the issue completely. 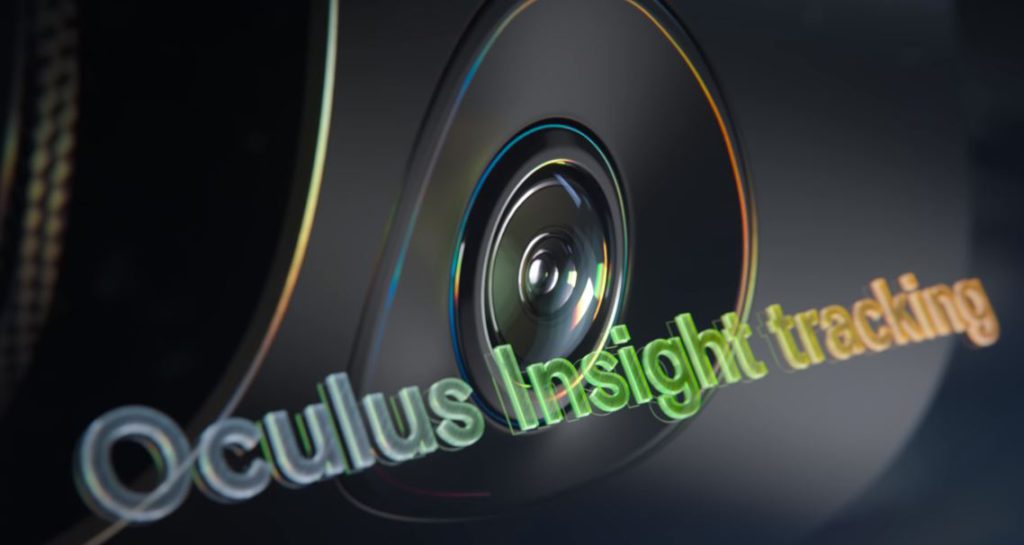 How it affects VR: For this one, I am really excited about. It means you won’t have to spend time setting up the sensors around the room. The USB slots that are inside your computer will finally be free to be used for something else.

The tracking accuracy has been reported to be very accurate and there seems to be no difference compared to external trackers. The only downside that comes to mind it that tracking might be bad in dark rooms and outside usage is questionable.

Otherwise, these 5 cameras (2 in front, 1 on each side, 1 on top) allow us to use the Rift basically anywhere without all the setup hassle.

The upcoming Oculus Quest has them, so it seems they are making it a standard due to how well it performs. 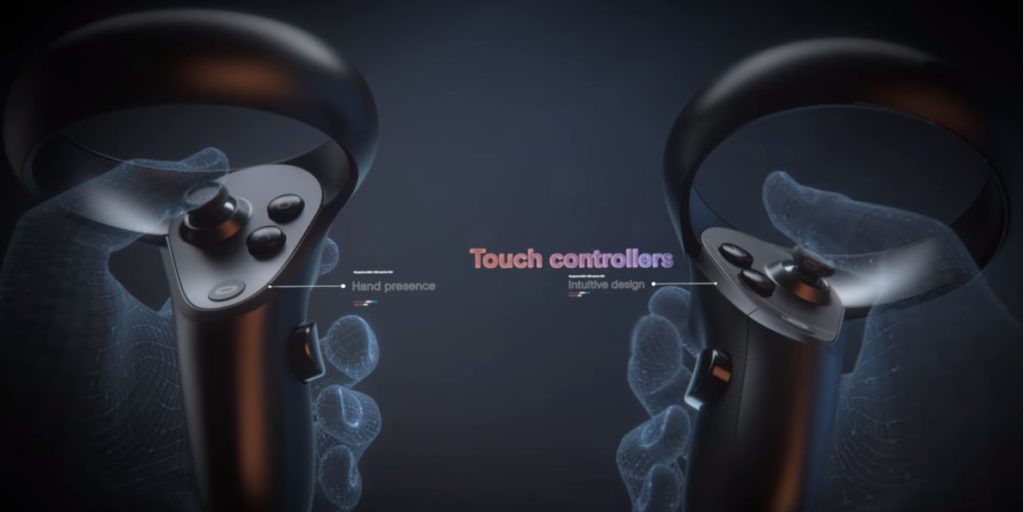 Old Rift uses controllers with the ring below

New Rift S uses uses controllers with the ring above

How it affects VR: Doesn’t really affect it.

The only reason it has changed is so that the cameras that are inside the Rift S headset track your hands more easily. It doesn’t affect the gameplay, or even ergonomics, in any way.

Old Rift has a gap below the nose

New Rift S has a closed gap next to a nose

How it affects VR: Basically the immersion is going to be a lot better. The light has been creeping in for us, VR gamers, for 3 years now, or even more. We have gotten used to it, but it could have been better.

It seems that our patience has been rewarded. 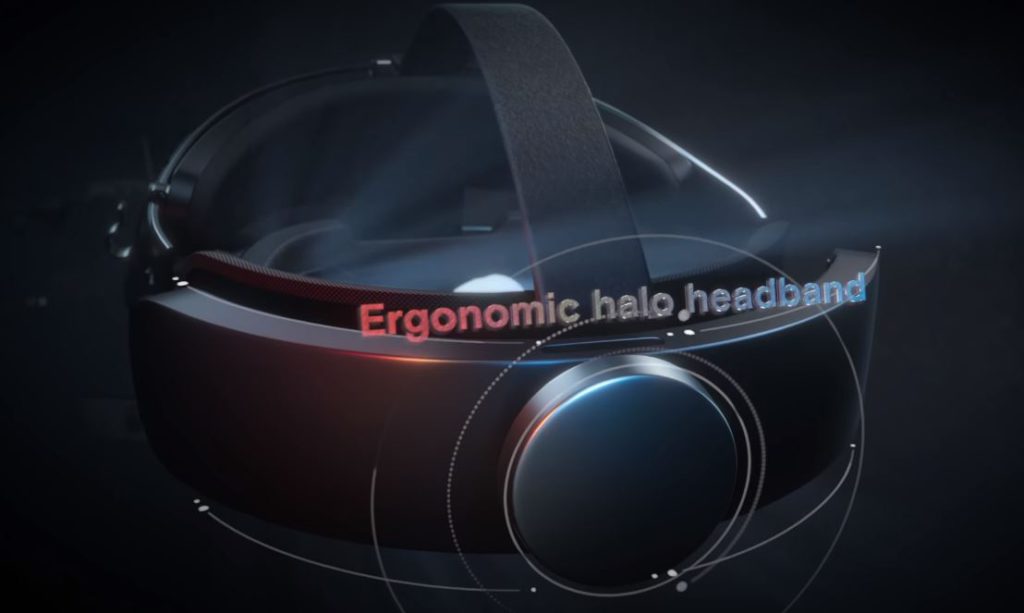 How it affects VR: New Rift S head strap could be compared to the one that Playstation VR has. The comfort level has increased even more. I mean, original Rift isn’t really bad in terms of comfort, but it did put a bit of pressure on your face, creating a beautiful O on your face when you take it off. Now it won’t be an issue.

It is incredibly comfortable, it is easy to take off, and it even feels lighter even though on paper it is a bit heavier. It’s mostly due to the center of weight being shifted elsewhere. 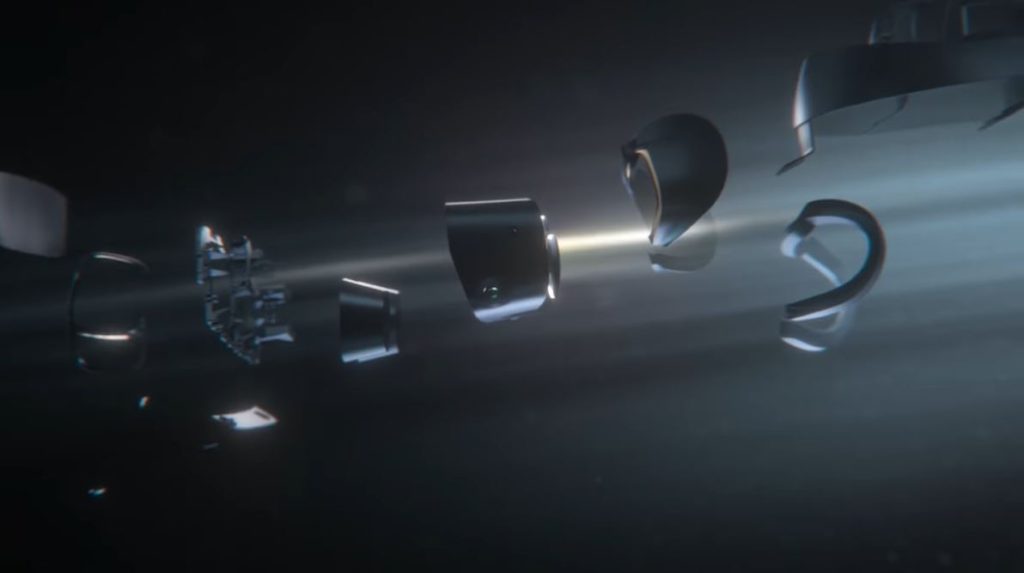 How it affects VR: Now, this is interesting. The change has probably been made so that Rift S isn’t too expensive.

Personally, I prefer to have integrated headphones. But the ones that Rift S uses aren’t really bad. The surround system still works well, and you can hear whether the sound comes from left or right. Luckily, if you really don’t like it, there is a headphone jack available.

At the end of the day, it’s still something that needs to be tested. Time will tell.

That’s it. These are the main things that separate these headsets. To make it quick, other changes come from the cables (Rift S has 5 meters instead of 4, and uses a DisplayPort).

What People Think of it

People are split in the middle. A chunk of them considers Rift S as a nerf. After all, you get an “inferior” LCD display, no integrated headphones, no external trackers.

People were really hyped for the second generation of Rift, and some seem to think that this is the one.

What it Actually is

Rift S is not Rift 2. But, do not worry, I am pretty sure that next year, somewhere around this time, the real Rift 2 comes out. It is a RUMOR, but going full detective mode and seeing Nate Mitchell’s reaction to certain questions, one could say that he is very excited to announce something in the near future.

There has also been a word from one of the Reddit accounts who claims to be an Oculus employee. According to him, next year is when the real Rift 2 comes out. Usually, I don’t pay attention to stuff like that, but seeing his previous claims and seeing how accurate they were, makes me think he speaks the truth.

Again, it is just a rumor.

Rift S right now could be compared to Vive Pro. Even though it seems like in some areas it has been downgraded, I would say that it has been changed so that people can play Rift games without the need of worrying about things like correct 360 VR setups. It does ease the life of VR users while at the same time increase the clarity of games.

Unfortunately, 2019 is not the time for increased FOV or refresh rate.

I would say it’s the time for those who want an alternative to Rift. That is better to use on the go and is more powerful on paper. The only time I would stop people from buying Rift S is if your IPD is higher than 70 or lower than 60. That is the limitation of having a single display across the headset.

Still, the headset is still not out and we need to see it in person before we can truly judge it.