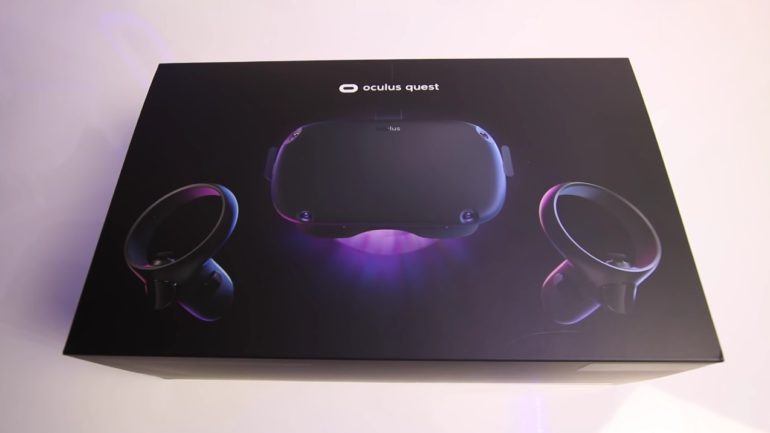 Oculus Quest Release Date in Australia – Before You Order.

Australia, as weird as it sounds, is one of the regions that gets the newest, the sleekest, the best VR headset Oculus Quest, sooner than other countries. The release date for Oculus Quest in Australia was in mid-May, But if you were to order Oculus Quest right now in the land of the kangoroos and huge spiders, you’d just need to wait 3 days before your Rift is sent to you. Most countries, even the ones in Europe, will be waiting for a whole week or more till the shipment.

With Amazon, it’s actually on the contrary for Aussies. It starts the shipping within 2 to 3 weeks, plus the shipping isn’t free. On top of that, all kinds of extra costs may trigger. If you were to order the 64Gb version that costs $399, you would need to pay 450 US dollars (645 Australian dollars). Fortunately, or unfortunately, it costs the same if bought from Oculus directly.

Compared to the launch of Oculus Rift, all these issues are quite small. No need to see it as a bad thing. This slightly delayed shipping is going to fix itself over time, and all the extra costs are minor.

When I ordered Oculus Rift CV1, the 2016 one, I had to wait for 2 months and paid a price close to a 1,000 US dollars. Oculus company has come far since then, and they have everything sailing quite smoothly. Oculus Rift has even passed Vive, the original king since 2016, and Quest alongside with 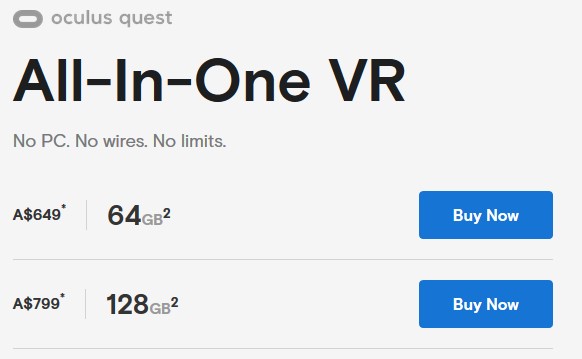 Rift S will carry the flag even more. It gets great reviews and people are truly hyped for it, especially people that do not have the gaming PC in their homes.

For 128Gb version, more has to be paid. If the cost is an issue for you, you can manage with 64Gb also.

If you aren’t sure what apps are good for Oculus Quest, you can start checking these out. As time goes, more useful tips will be released for Oculus Quest users, so subscribe to newsletter to keep up to date with info regarding release dates for Australia, and much more.