Oculus Rift and Facebook – How This $2 Billion Purchase Shaped 2016?

Facebook isn’t just a typical social site that people visit daily to communicate and get information. Over the years it has grown beyond that, and their leaders on top of the Facebook skyscraper have an entrepreneurial mindset.

Mark Zuckerberg – founder of Facebook – has been really active these past 6 years, and has purchased with his team a lot of companies, including Oculus.

Why do They Buy These Companies?

As results show, Facebook has grown from social networking site to being a multibillion dollar industry, whose humble goal is to devour the world. And believe it or not, they are doing it. Not only do they have enough drive to dominate over their competitors, they have enough recourses to even purchase them.

Whether their true purpose is to make more money or just be a leader in the socialized world, they are doing a good job at climbing the mountain.

According to them, they buy these companies not for the company itself, but for the excellent people behind them. I mean, if you or any other entrepreneur gets a chance to sign the contract with Facebook, why should you refuse?

Even Mark Zuckerberg himself said that by working with them, you can have a much bigger impact in the work you do.

And virtual reality and Oculus Rift did need that extra oomph to get more exposure and the needed recourses for better technology. VR did get a lot of recognition thanks to Oculus Rift, but Facebook acquisition pushed it even further by widening the VR branch.

I you think this $2,000,000,000 shopping was expensive for Facebook that year, then wait till you hear how much Facebook spent on Whatsapp. They own a fortune, and it’s still growing.

Well, I don’t think you are unfamiliar with it. response was quite “heated“. People basically started to throw the phrase “Facebook + Palmer = Facepalm” on the internet, which is quite funny if I am going to be honest. Why such a reaction though?

Apparently a lot of people thought it means that Oculus is going to take “ads everywhere” approach, and insert floating ads everywhere they can due to being in partnership with Facebook.

Some even thought that in order to play a specific game, you are going to have to login to Facebook. When you login to Facebook, they are going to “spy” on you. Of course it is a valid concern, but Palmer Luckey did repeat many times that nothing will change to the worse. Facebook acquisition could mean that Oculus Rift will evolve beyond gaming, and that is exactly what we see in 2016.

Right now, games are a huge part of VR. Oculus is focusing on VR Rift games, HTC Vive is focusing on games, and obviously Playstation VR is right behind them in the same lane. But, notice how many news right now are circling around VR cinema, and how virtual reality can enhance the experience. Notice how much attention Oculus gives to social apps that rise in the VR world. Saying that Facebook didn’t have any say in the matter is a bit wrong.

So people got quite upset over the Facebook/Oculus news, but their worries have not been valid, at least for now.

How Else ‘Facebook Buying Oculus’ Molded Our Reality in 2016?

It’s interesting that Palmer Luckey himself told us that bringing Facebook into the party lowers the final cost of Oculus Rift by a lot. Then, we get news of Oculus costing 599 dollars. I would say that the cost itself got even more backlash than anything else. In this matter, I can’t really argue. 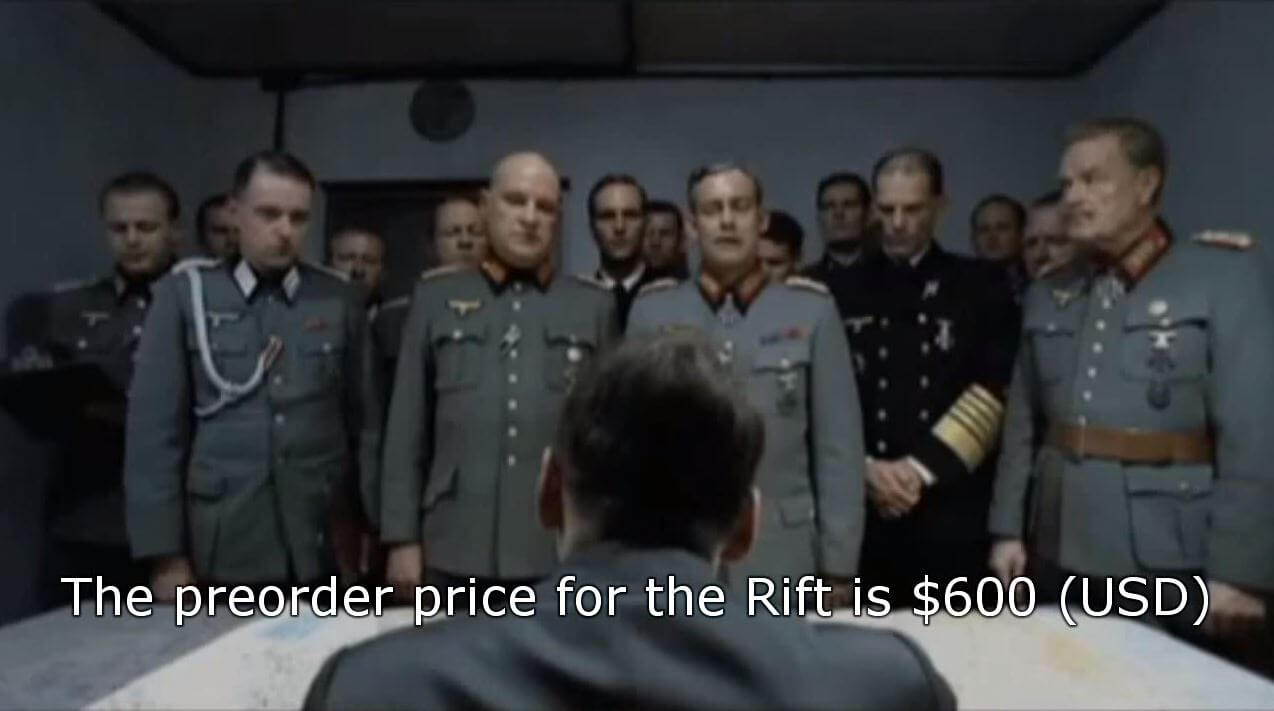 Seeing a number 599 makes me wonder how much would the Oculus Rift cost IF Facebook wasn’t included at all. Would it go over $1,000? According to them, they will not make any money off the first Rift CV1, which I frankly believe. Could they have lowered the price if they didn’t include such things as Xbox controller? Nope, price would still be in the same area due to largest sum of money is spent on Oculus VR hardware itself. TotalBiscuit himself even said that $599 is cheap considering how much of the latest technology is packed inside of it. I am pretty sure Facebook’s couple of billion dollars helped to make it a reality.

What’s also interesting is, neither Oculus nor Facebook expected to make any revenue from the Rift in 2016. However, both Palmer and Zuckerberg were “happy” with the news of Rift getting a lot of pre-orders. To be honest, a lot of companies that invest into VR right now are seeing more results than the initially expected. Considering the fact how much money Facebook actually has, it’s no problem if even a single headset won’t be sold in 2016. They will still manufacture are much as possible with the help of Facebook, and will keep stuffing more of the latest technology into it. Oculus could have never done it so without them.

Not only did Facebook acquisition lift a huge burden and worry from Oculus’ team, now they can distribute their time and resources on other things they find important (VR in mobile, VR Cinema, Oculus Touch?). 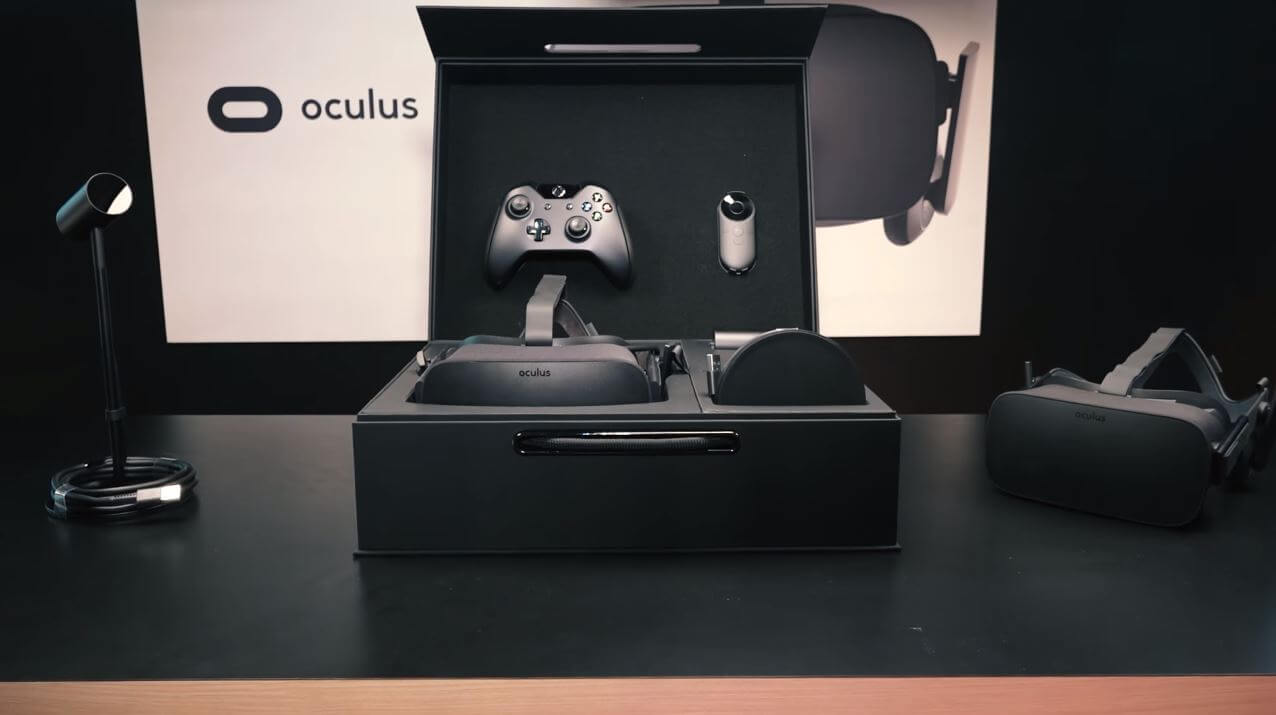 Many of the things we hear from Oculus Right now couldn’t be achieved without the financial help. Will we see any affiliation with Facebook in the future while surfing in virtual reality? We might, but not before VR is absolutely ready for mainstream. Right now, its main focus is to please the gamers, and because of that, it is limiting itself to some degree. Once Oculus Rift is used for “enjoying a court side seat at a game, studying in a classroom of students and teachers all over the world or consulting with a doctor face-to-face”, as was mentioned by Mark Zuckerberg, then we are ready to be seeing some connection with Facebook more often I believe.

In the meantime here in 2016, Facebook only brings and shows us the bright side of this VR partnership.