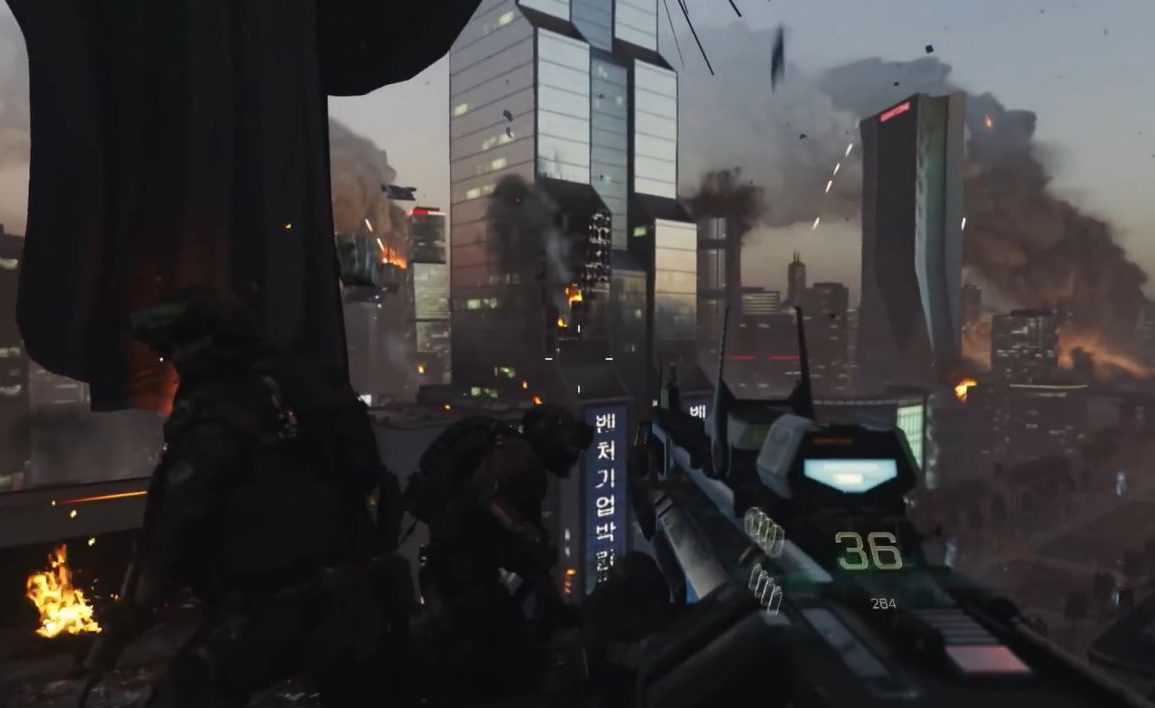 First, let me tell you that FPS games like Call of Duty: Advanced Warfare and Battlefield 4, which do not natively support the Oculus Rift headset, sometimes can’t give you a good VR experience. If there hasn’t been an official Oculus Rift support announced from the devs, all you can do to play these kind of games is to buy yourself a program called Vorpx, that lets you play Oculus Rift games by injecting itself into the game files.

I am sure you have tried running while your sniper scope is zoomed in. It feels like the end is not coming closer and trying to kill someone up-close is basically impossible. That is how it feels like with the Oculus Rift (when playing Call of Duty: Advanced Warfare singleplayer). It is like you have a set of binoculars strapped on your head. You will be running around like a headless chicken, potato aiming everywhere, and on top of that, motion sickness may kick in.

I usually encourage people to play games with the Oculus Rift headset, as it truly gives you a total immersion you have never experienced before, but with games with no native support, I encourage you to be careful (though there are some good games with no official support that give you a good Rift experience).

If I am correct, the FOV is set to 65 in singleplayer with the Oculus Rift. In Call of Duty multiplayer, however, it is raised to 90. It actually helps tremendously, if nausea is something you can’t really endure.

Update: Apparently there is an FOV fix for the singleplayer mode. Read the description in this Youtube video.

Usually, Oculus Rift can give you a pretty good 3D effect, no matter what game you play, but with Call of Duty it seems like 3D is running on a flat tire. Yes, in some cases you will notice the 3D effect, but for the more part it just seems like there is no difference whether you play on a 2d screen, or strapping on an HMD headset.

On top of all that, getting a single kill might be a whole other issue. If you have battled through the motion sickness, and will try to aim at someone who is strafing, you will notice that your potato aim is bigger than ever before. There will be a little input lag when using the Oculus Rift, and with FOV so zoomed in, they will kill you before you will them.

If you play FPS games, you probably have encountered a lot of scenarios where the enemy just jumps in front of you after turning around the corner. Quick reactions are very important in these kind of situations. If you have the Oculus Rift headset on, you will probably flinch in that moment since they will be right in your face. Due to that, you aim will suffer, and trying to adjust the aim back to the enemy will take time which will cause you to lose that 1v1.

Playing it day after day may help you getting used to it. Who knows, maybe you may even get better score than your teammates after a while, but for me, it seems like a waste of time for now, as it does not give you an apparent advantage in combat. Yes, it may give you a bigger immersion, but this game is a bit difficult to be played with the Oculus Rift at this current moment.

Next year, there will be another Call of Duty game coming out. That one may have the native support, and can give a much smoother experience. Plus, Oculus Rift consumer version will be out with much higher resolution and with almost no motion sickness, so that may be one of the pros. But as for now, my personal advice is to be careful with these kind of Oculus Rift games.