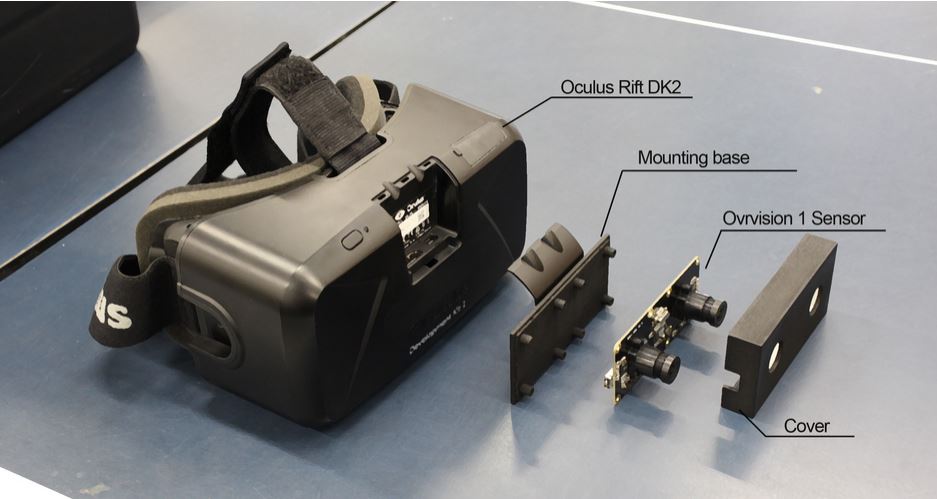 Oculus Rift Camera Review – Is Ovrvision 1 Worth to Get?

This is a review, plus an overview of the latest Oculus Rift camera named Ovrvision that has been on the market since October 2014.

What is in the Package? 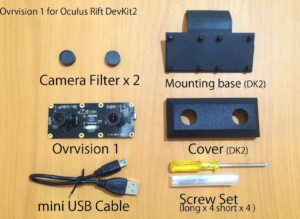 Why Get the Camera? 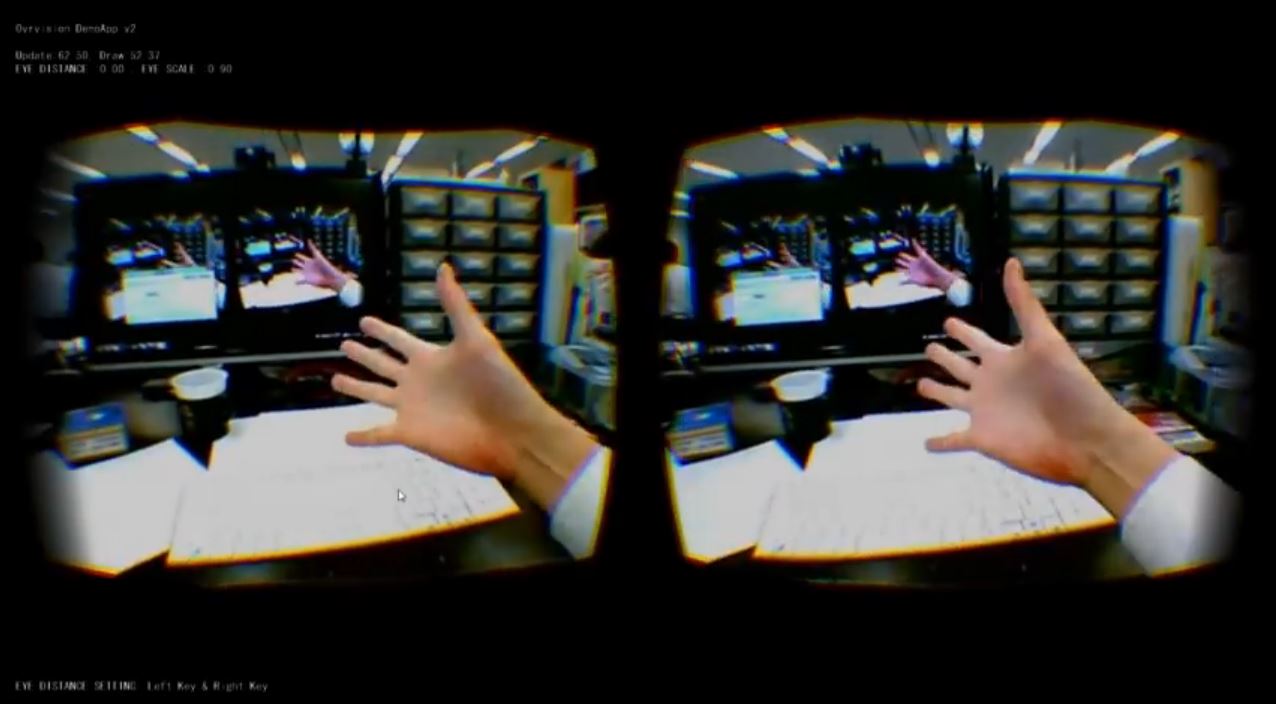 Since an Oculus Rift user is wearing a VR headset, his eyes are covered from the real world. Only way to interact, or see what to interact with in the physical world, is to take off the headset. That can cause some unneeded discomfort for a lot of users.

Ovrvision has created a mountable hardware specifically for the Oculus Rift that serves as an additional pair of eyes for you which are only few inches away from your actual eyes. In order to see either your keyboard, mouse, or your cup of coffee, all you need to do is to raise your hands and do some swinging gestures in front of the camera that is attached to your HMD (Head-Mounted Display). As the camera has sensors installed it will register it, and show you the real world.

Other reason for getting the camera could be Augmented Reality. If you happen to remember, few years ago AR became quite popular (or at least known) for the ones who have smartphones, or tabloids. Only that time it was all seeable through the 2D screen.

Ovrvision, however, has implemented the AR support that lets you see different objects in 3D due to the dual cameras that the Ovrvision 1 has. You can’t do that with smartphones. That, on the other hand, creates the possibility of mixed reality. Mixed reality lets you use your finders as an additional interface, which may replace your mouse, or your keyboard. I will NOT, however, recommend you to do it, as it is still in alpha mode, and as a result, is not suitable for everyday usage. 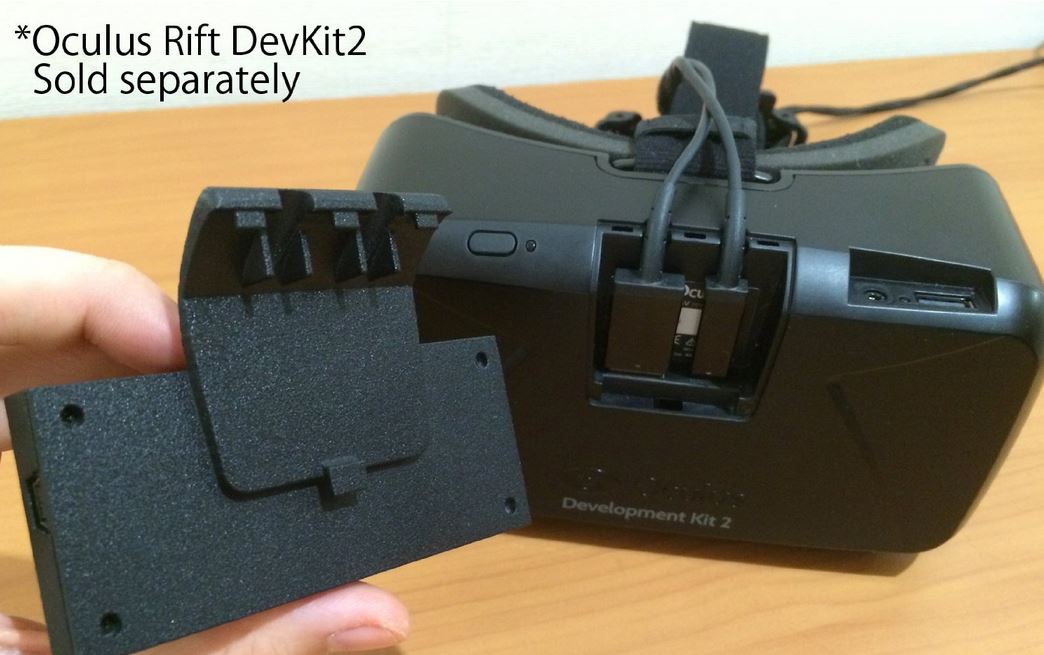 This Oculus Rift camera does its job as needed. Usually for reviews you need to have more products available for comparison, but as the virtual reality world is still a baby, there is no other option but to make the best of what we have.

In terms of camera itself there isn’t much to be picky about. When you swing your arms, the display correctly switches itself to the real world without causing much trouble. Due to high frame rate you don’t get a headache from using it too much outside virtual world. Watching your hands, however, can be a really trippy experience since those dual cameras are few inches away from your actual eyes, so that creates a feeling as if you are detached from your limbs. Grabbing stuff from the table gives you a weird feeling as though your hands are shorter than they used to be. In addition to that, watching it all, especially your hands, in lower resolution makes you think like you are some sort of a cyborg from the future.

Still, in my opinion, this camera’s usage of the Oculus Rift’s front cover is much better than on the Leap Motion.  Even though it is attached to your Oculus Rift it does not weight much, so you will not feel any difference with, or without that, unless you have been wearing your Oculus Rift for a long time. It is only suitable for the Oculus Rift DK2, but if you want to get it for DK1 you have to buy an additional cover for $35. 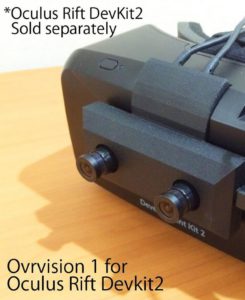 Pixel amount could be higher, but it should not be a real deal breaker for this Oculus Rift camera, as all you need is to see the position of your hands. Higher number wouldn’t be bad though as it adds to the experience. If the Indiegogo campaign is successful (that started literally few hours ago) for the Ovrvision Pro we will have a much better camera at our disposal. Only problem is that it’s expected to be released on November 2015. Until then, Oculus Rift doesn’t have a lot of options.

So, for what it is, Ovrvision 1 is a normal camera. We can’t say it is amazing, as there are some unnecessary hand tracking feature bugs, but it shouldn’t really be a main reason to get it, unless you are a developer and are planning to do some crazy things with it.

What do you think about this product? Feel free to rate and comment below: