Oculus Rift Crescent Bay vs Dk2 – How Much Cooler is it?

Each and every person who has tried the Crescent Bay prototype was just utterly impressed by it. As I was watching some of the initial reactions of people trying it on, you could truly see that some were so engaged with the virtual world that their palms started to sweat, especially when they were thrown onto a skyscraper and they had to look down (I personally have a fear of heights, and would react the same way). And it’s not a surprise since it has an improved screen, lower latency, better audio, and much more which I will address here.

So the difference is definitely there. Oculus Rift Crescent Bay is a 5 months old prototype (not a Development Kit) that has been known to the public since it was showcased in September last year. It has some big and vast improvements over the DK2, as well as few additional things added just to make your experience with the virtual reality more immersive.

UPDATED – See Also: How Much Will Oculus Rift CV1 Cost!

3D VR Audio Has Been Added to the Oculus 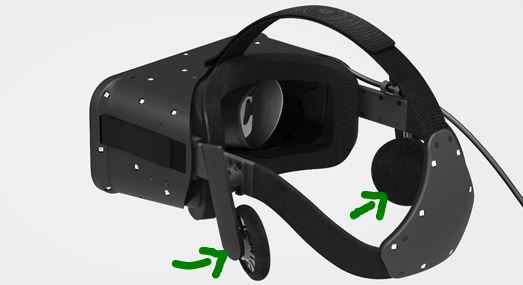 Lets get an elephant out of the room. The audio integration is a HUGE step towards the Consumer Version since you are now not only immersed in games (or movies) through a visual aspect but your virtual world is now much cooler due to the 3D audio.

The 3D VR audio is developed by the guys from VisiSonics which is like a 7.1 surround system that the novaday headphones are using, but more interesting. It can be best described through an example of going to a 3D cinema where the sounds can be heard are all over the place. You hear a splash behind you, and the character in the movie turns around.

Only this time it is better.

As it is with the Oculus Rift head-mounted display, the 3D sound is going to follow your head wherever you turn. You may here the sound coming from behind, from the top, below you, and the audio sound location is going to be extremely precise in terms of where your little head is located. All of this will be mathematically calculated so your ears hear the right information. This technology has been out before, and is arguably easy to make, but has not been so useful to implement before the virtual reality era.

Comfort of the Crescent Bay Has Been Increased Greatly

Oculus has shipped approximately 75 000 DK1’s, and about the same number of DK2’s. That’s a total of 150 000 kits that are sold all over the world to developers (and gamers who could not wait for the consumer version). So the comfort is an important part to the overall virtual reality experience. And luckily it has not been an issue for the most people. 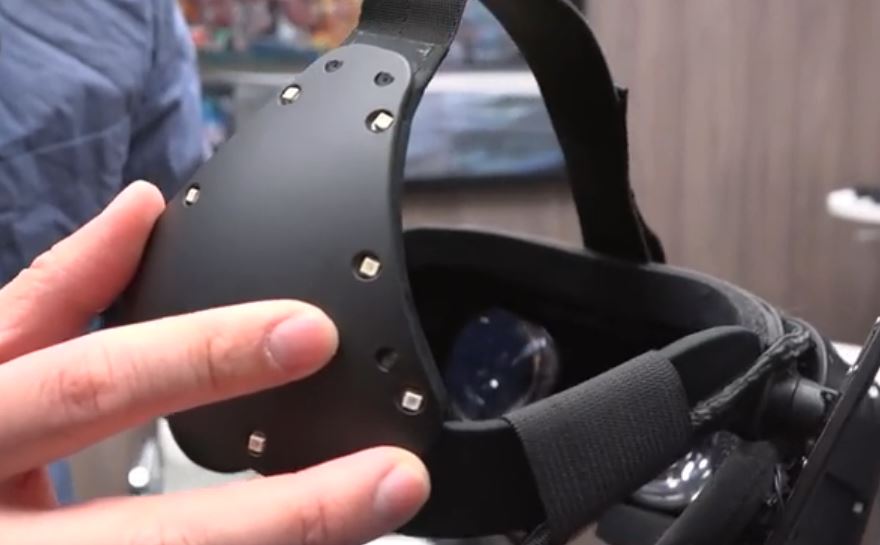 Still, the comfort level has been greatly increased by changing the design of the strap that goes around your head. Now the strap itself is rigid, and it has a plastic LED trackings behind your back (it is what actually makes the 360 tracking possible) so it feels like you are putting on a sky goggles. Hot only is the strap itself changed, but the weight of the prototype has been considerably lowered over the DK2, so your head will not be tired from wearing it around your head for hours on end. DK2s weight is 440 grams, so this one could be more or less 25% lighter, which means around 330 grams (don’t take my word for it)

The DK2 resolution is 960 x 1080 per eye, as is seen in my comparison with the DK1. The details for the crescent bay resolution however has not been announced, along with the other specs that the recent prototype has.

But, there is an interview with Nate Mitchell of Oculus VR where he mentions that the video has been downscaled from the Crescent Bay to the 1080p monitor display that was in the background of the CB representation. Now this is not completely confirmed but my speculations are that it has at least 1080p screen resolution, if not 1440p like many testers have been saying. The high screen resolution feeling could also have been due to the super sampling that is used to remove pixelated edges from your screen.

Lenses or optics have gone through the change as well. The previous DK2 has a circular Harry Potter styled lenses which are adjustable in terms of how far they are from your eyes. Crescent Bay prototype display was changed to asymmetrical optics. 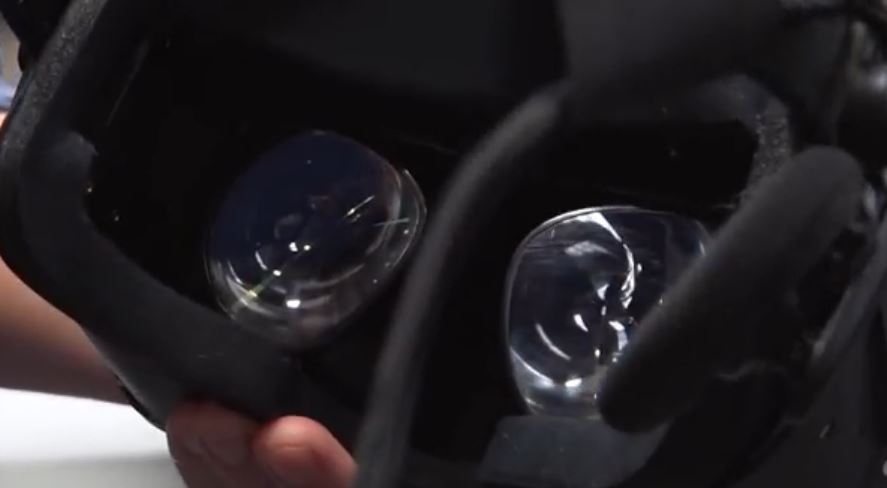 The Field of View of the Crescent Bay is as same as on the DK2 (which is 100°) but the Oculus company guys have mentioned in one of their interviews of their desire to have a 110° FOV for the consumer version. The reason they do not want to go higher than that, is if you run a potato computer (computer with low-end specs) the smoothness will suffer from it since a bigger field of view requires more horsepower.

Another detail that was confirmed is that refresh rate has been increased to 90 Hz over the previous 75 Hz display. Along with that, the persistence is supposedly lower than on the DK2 so it could be around 1-2 ms. All of the mentioned spec improvements help the user have a much better and a smoother encounter with the virtual world without experiencing the lag and the motion sickness.

I have to remind you though, the Crescent Bay is not supposed to come out to public, it is just an improved prototype over the last development kit, which at the same time is much closer to the consumer version of the Oculus Rift. We shouldn’t really focus on the details too much since Nate Michell has mentioned that they come up with a new prototype almost every month, so the finished product may differ a lot from the Crescent Bay.

It does, however, remind us that there is a lot of space for improvements, and that the release date is closing in for us. People were very impressed with the Crescent Bay head- mounted display, so what do you think they will say to the final product? My guess is they will absolutely love it as there is know other way.

What do you think about the Crescent Bay? Feel free to leave the comments below: