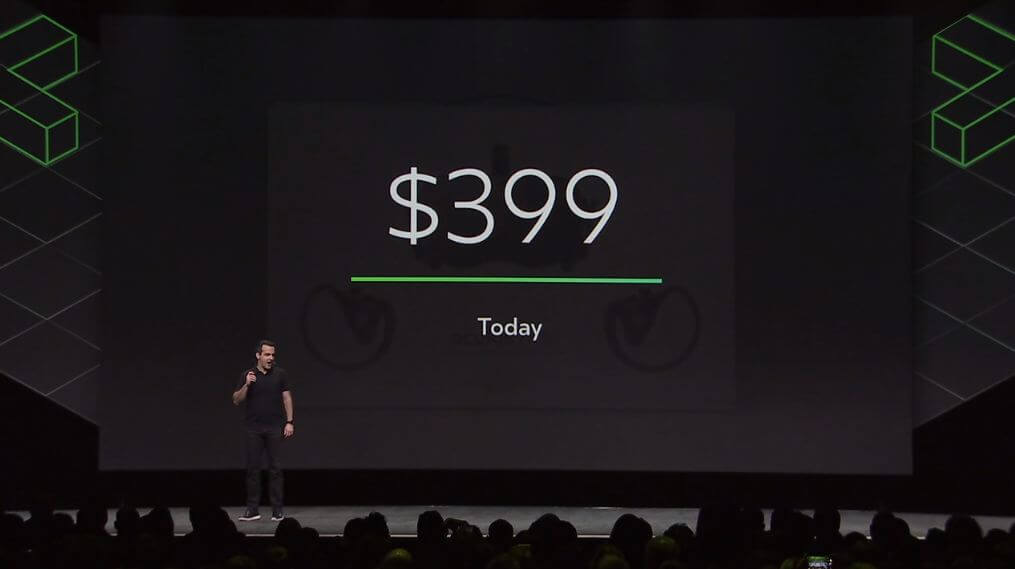 We got a lot of new information tonight at Oculus conference. Apart from the announcement of Oculus Go VR headset, and more information on “Santa Cruz” prototype, Oculus lowered their Rift price to $399, just like how it was in summer 2017.

The reasoning behind it is unknown, but we can all speculate it has something to do with tremendous success that Oculus had when they lowered their price from $699 (with controllers) to $399 with controllers.

That is a huge deal not only for them, but for us consumers. The biggest bone we had to pick with them was price last year. As Palmer Luckey – former head of Oculus – promised us back in 2015 that Oculus Rift price will be “in the same ballpark as Oculus Rift DK2”, we had great expectations for it. We were really disappointed to see a number twice as high as promised. Now, however, Oculus is really making great decisions that will benefit everyone.