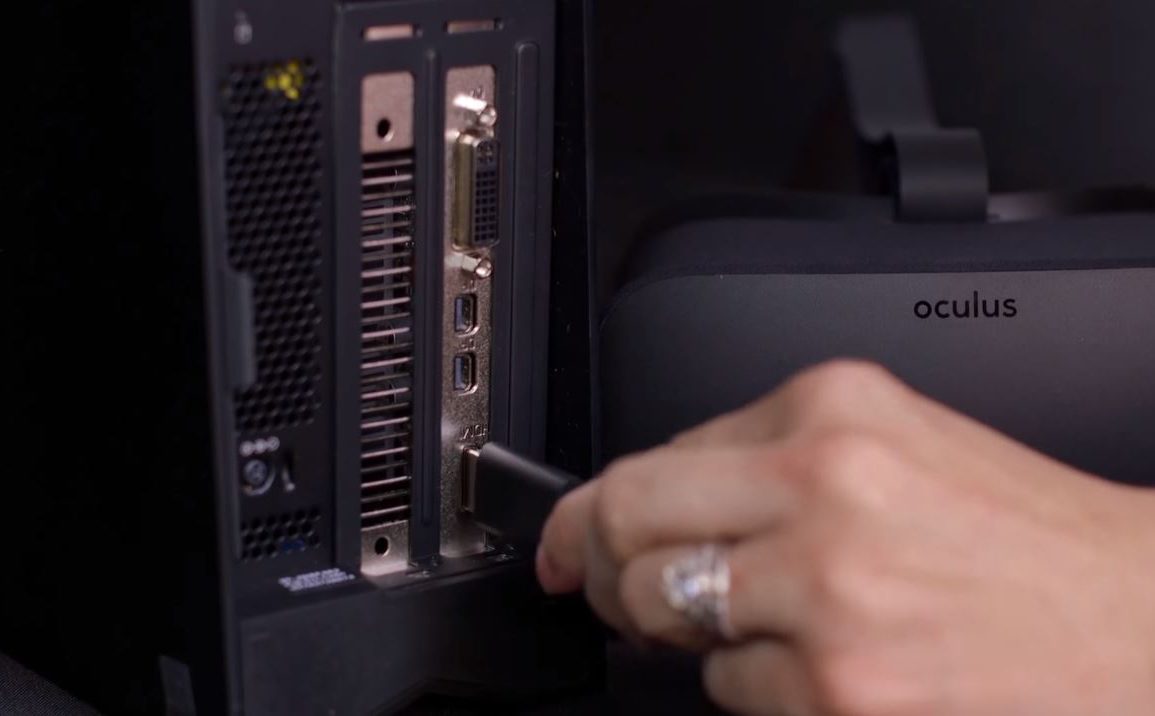 Does Oculus Rift keep disconnecting when you just want to play some games? Don’t want to spend money on a new one and wish to fix it yourself?

Well, do not worry. There are quite a few available methods to pin it down that helps to see where the problem lies. Your Rift could be disconnecting and reconnecting over and over again, it could just disconnect when you touch it (ah, the infamous shy Rift syndrome), or it could disconnect after playing a certain amount of time.

I do understand the frustration though. You just want to play VR games and considering that you paid a significant amount of money, you do not want to spend your precious time troubleshooting.

Well, in some cases, the fixes are easy and fast, but if that doesn’t fix it, you’ll have to invest a bit of time and money into it. It’s unavoidable. Getting a new headset is definitely at the bottom of this list.

So, I’ll start with quick and easy fixes, and then move to the ones that take a little bit more time.

1. Restart computer while the Rift is plugged in.

An obvious suggestion that even a 12-year-old could have tried, but this one has a small twist to it – Oculus Rift has to be plugged in.

Sometimes it’s a small coding issue and it runs into a problem when computer is not restarted.

The reason for it is hard to pinpoint, and only the only thing that we can do in this situation is to inform the Oculus support and hope for the fix to come.

People have said that it works wonders most of the time. It can truly be because of that, sometimes some ports just don’t work well enough for Rift and a manual reconnection to another port is necessary.

If you do not have an available 3.0 port, try plugging the mouse and keyboard into USB 2.0 so that all that 3.0 power isn’t wasted on things that don’t even need that much juice.

If you only have one USB 3.0 then I will suggest an alternative option down below – USB Hubs.

Go to PC’s device manager, select the USB port, right-click and go to properties – Power Management, and then uncheck the ‘Allow the computer to turn off this device to save power.

Here is a video for the last part:

It’s also one of those fixes that you might have tried, but it’s worth mentioning nonetheless. Windows 10 automatic update might be turned off, so make sure that everything is up to date in that part. Seriously, it’s very important. Here is how to update Oculus Rift drivers properly.

If you have a pirated version… well, may God have mercy on your soul.

GPU is another obvious update that you need to do, but many forget about the MOBO update. The motherboard is extremely important, and although their updates aren’t as frequent and impactful, a small change or line in the script can make a world of difference.

There is a correlation between Oculus Rift disconnection and xHCI setting in BIOS. You can try and disable it and see if it will work. There have been reports of it working well.

It will turn your USB 3.0 ports into 2.0, which is not ideal for Oculus Rift, but will work as a workaround till you either update your BIOS or change your motherboard.

If this didn’t work and the issue is with USB’s, try this:

USB Hub is basically a thing that looks like a 90’s phone with a lot of USB ports. Although I don’t advise you to connect everything to it unless you have a USB controller also, it may fix your problems with the deactivation of Oculus Rift.

If you want some proof, check out this guy. He had problems with disconnection and he went and bought a powered USB Hub.

If you want my personal hub recommendation, check my article on Oculus Rift USB Hubs. I explain the problem and give a solution.

7. Try a different port and cable.

First of all, try the DisplayPort to HDMI. Connect that converter into your DisplayPort slot behind your GPU, and then connect the Oculus Rift HDMI cable to it.

If the issue remains, talk to Oculus support and ask if they could send you a replacement HDMI cable.

If they don’t want to, I guess you have no other options other than buying a new cable set. Oculus Rift sells them under the ‘accessories‘ page for 50 bucks. You’ll get a 4-meter USB and HDMI cables.

It really sucks but sometimes the fault is really in the cables, maybe one of the animals chewed on it, or it was somehow bent so much that you start to lose connection. Even bent pins shouldn’t be excluded. You can check it by removing the HDMI cable from the PC and Oculus Rift. Here is how to do it on Oculus Rift.

If you don’t want to spend money on cables, you could also try to get an entirely new headset:

8. Ask the support for a new headset.

If you bought it from Oculus directly or from Amazon, they should send you a new headset. You might have an issue if your country is a bit far and you ordered it from Amazon.

They might say that they won’t ship you a new one.

In that case, wait a few days and talk to them either directly through live chat or through email. There are so many workers that some might decide differently. After all, if the issue persists and you did everything you could on your part, then the issue should be with the faulty headset.

I would also recommend trying your Oculus Rift on another computer, just to be sure. If you don’t have one, ask a friend to try your VR headset on their PC, even if their PC is a bit underpowered.

If it works fine on their rig, I could suggest you to buy a new motherboard. It’s not pleasant but it really leaves us no choice. Something is seriously wrong with the MOBO you have.

This is it. Chances are that one of these solutions could have fixed this issue.

If you had the same problem and you somehow managed to fix it, please be kind and share it down in the comments. Tell us what you did and how it worked.

Oculus Rift keeps disconnecting for a lot of people, and it’s entirely possible that you might help folk out somewhere on the other side of the world.