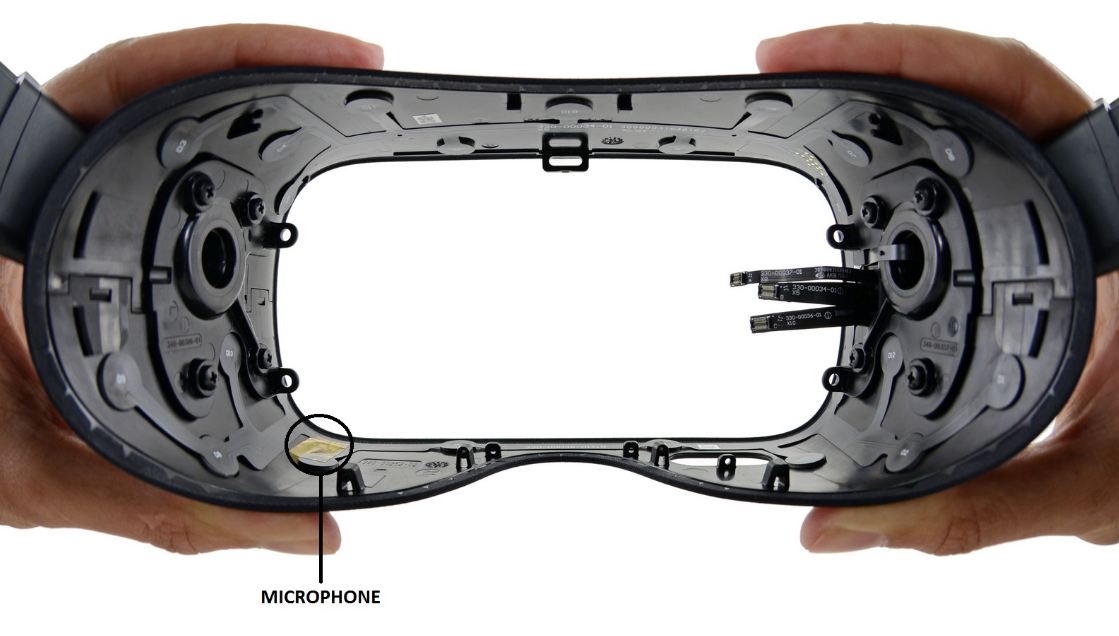 Want to know the Oculus Rift microphone location? Wondering where exactly is it?

Here are all the pictures from different angles: 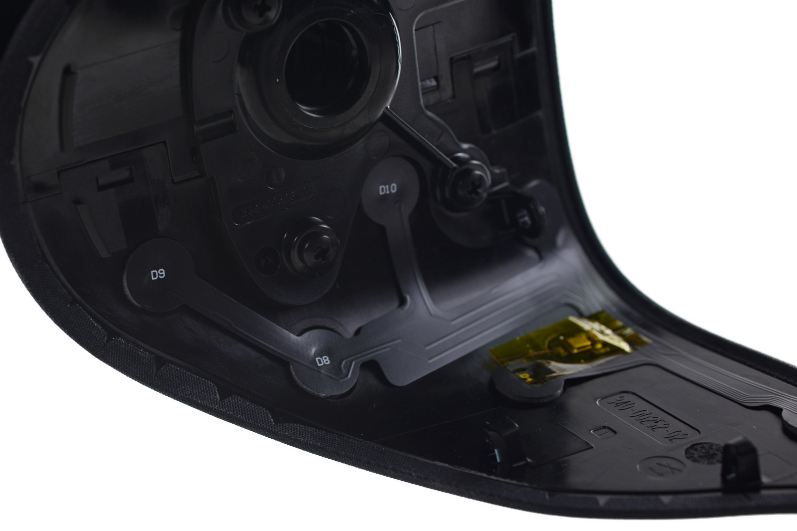 Oculus Rift S microphone seems to be in the same location.

Out of all the VR headsets, Oculus Rift microphone quality is actually one of the best. It sounds really clear and it seems like they invested a lot more into audio compared to HTC Vive.

Click on the Play button to hear the mic quality:

Not only that, the headphones themselves are extremely good considering that Oculus Rift is a lot cheaper than Vive. Even though the mic location might seem to be a bit random, like a bug hidden underneath the plastic, everything is super clear and crisp.

I don’t know why we don’t have a button for that or at least some kind of a hotkey combination by default.

Currently, you can do three things:

There is speculation going on that Facebook records all our talks and builds the profile out of it. With that profile, they seemingly send us targeted ads. Whether that is true or not, I cannot say, but the matter of the fact is, people do want some privacy, and that may be the reason why users want to mute the mic.

If we were to go full foil hat mode, we could even say that Facebook deliberately pressured Oculus not to include an easy on/off button. However, Vive has that exact same issue, so I wouldn’t be too quick to jump to conclusions.

Another reason you might want to mute the “mike” is accidental talking… or worse.

Here is what happened to one of the Rift users:

I may have been the first person to fart in VR, using the Rift microphone.

I was one of the first people to receive a Rift. I was playing AltSpaceVR, a social meeting/hang-out VR app. For the early days, there were an impressive amount of people online, I guess in part due to the lack of many multiplayer apps.

I had treated myself to fast food and some beers for my VR evening. I’m a pretty gassy person when eating junk and drinking alcohol to say the least.

To cater for this I would toggle the microphone mute button every so often to let nature do its thing.

All went well initially. As the night progressed I grew confident with my mic muting abilities and stopped looking at the icon to check if it was indeed muted.

Suddenly, while standing in a circle of just under a dozen or so people, I let out a gigantic fart that seemed to last for an eternity. No worries, the mic was muted, right?

Nope. After people burst out laughing they question what just happened. Was that the first “VR fart”? Did that really just happen?

“Welcome to VR” I hear someone then say, possibly in disgust.

That was just one unfortunate example. There are also moments where you just hear constant background noise and you can’t really do anything about it. It’s not only embarrassing for the person who is in that room, but it’s inconvenient for everyone around them. It just gets annoying.

So, although the microphone is good and hidden well, I do hope they add a mute button in the upcoming updates. Some games have a “mute mic” button but most of them don’t.

There is really no reason to make it difficult for us.

Please consider sharing and liking us on social media. It helps us out a lot!