Oculus Rift Recommended Specs Have Been Changed a Bit

We have had Oculus Rift recommended Specs for quite a while now, giving us time to prepare or build ourselves a proper VR PC.

Now, as some hawkeyes in forums have found, specs were changed, but only in the USB and OS area. Before, we were required to have 2x USB 3.0 ports. Now it is telling us to make sure we have 3x USB 3.0 ports plus 1x USB 2.0 port. Also, Operating System 64bit is only allowed, whereas before it just said Windows 7 SP1.

This change probably will not affect many people, and even if it did, it is not expensive to make some changes.

The reason behind all of it is unknown, but there are some speculations going on. The biggest probability or theory is to give all the external devices a separate USB slot. 2 for Oculus sensor and Touch, 1 for audio, and 1 for Xbox one adapter.

Changes to Operating System requirement (32bit is not supported now) are pretty logical. Most gamers are already with a 64bit OS, and considering the fact that 32bit only supports 4GB of RAM and lower, and 8GB is needed for VR, then I am surprised they didn’t mention it sooner.

If you want more Rift news, be sure to sub to Rift Info! 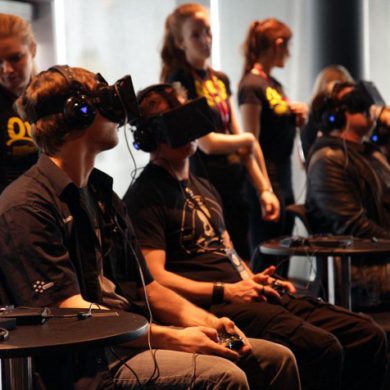