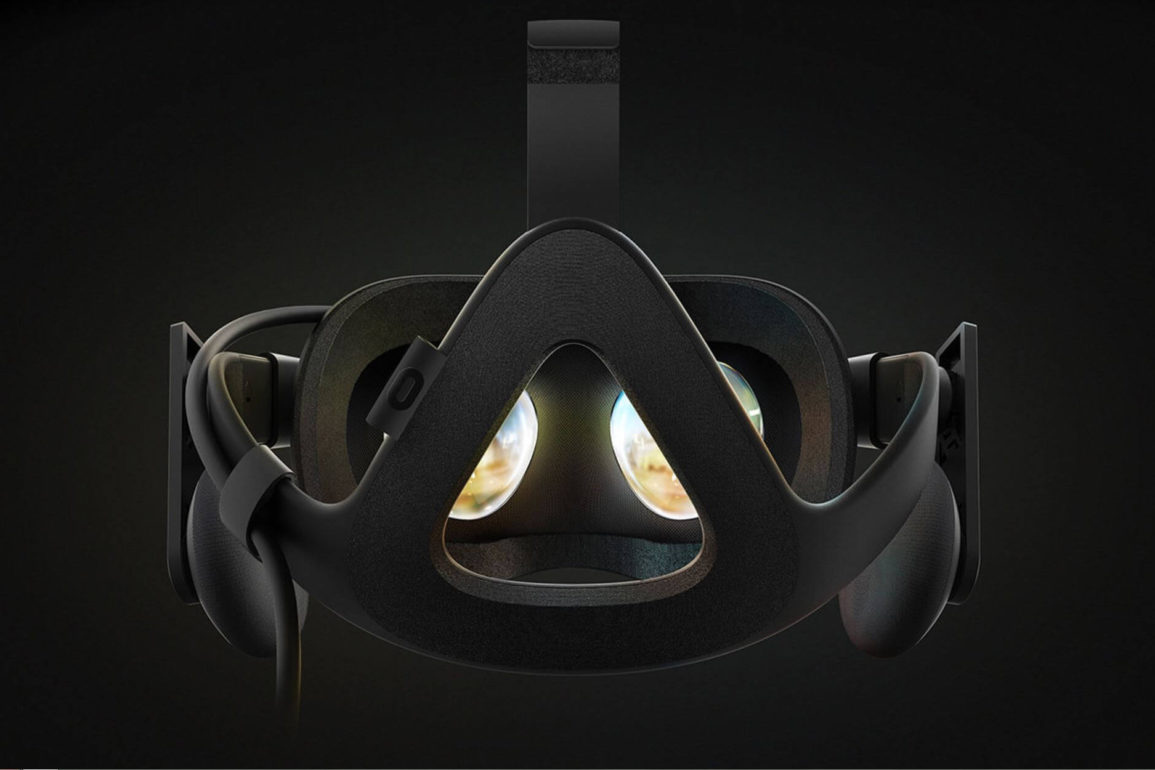 People… WHEN you put on the headset, first thing you notice aren’t the graphics, you ain’t focusing on how well it fits on your head… no, you notice the resolution, and it ain’t good.

Oculus Rift resolution – which runs on a 2160 x 1200 display – is in need of a serious upgrade. 1.5 years has passed from the moment they released their awesome headset. But now, when people have grown used to its initial wow moment, it is time for Oculus Rift to break news about their second generation of headsets. It’s important to know that I’m talking about news that CV2 is in development, not news about its release date.

Trust me on that, they are definitely working on making an improved Oculus Rift CV2 headset with better resolution, but as we look at the market, it may take longer to be available to us than initially planned. 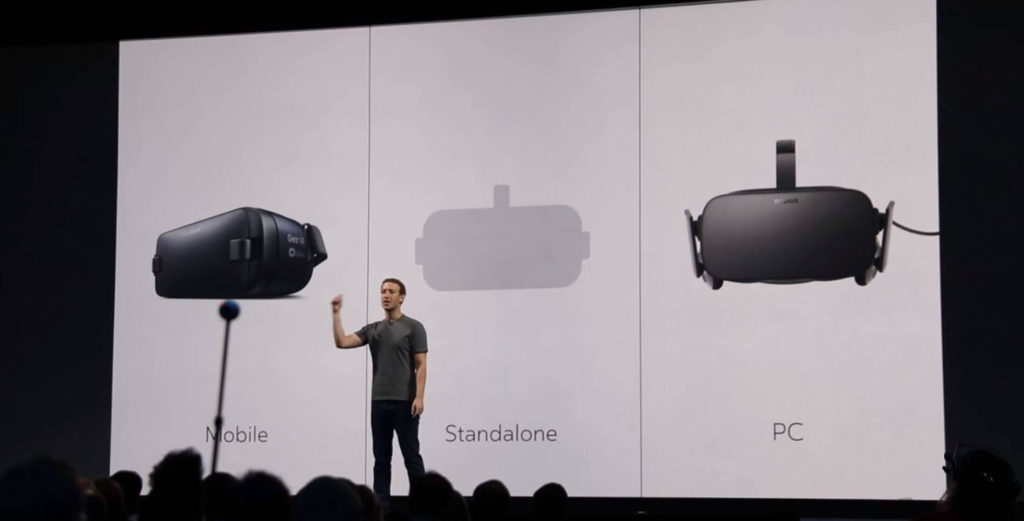 First of all, they are focusing on a ‘Santa Cruz’ prototype. What is it, you might ask? It’s basically a wireless standalone VR headset that is more powerful than mobile VR, but not as good as VR PC headsets. I am actually quite hyped for it, but more about that product in another article. Due to their focus being split between Rift, Gear VR, and Santa Cruz, it leads to this:

Longer wait for Oculus Rift CV2. As has been reported previously, it might even take one or two years till VR headset for PC is released. So in terms of upgrade to get better resolution and FOV, we might wait longer than we thought. The initial plan by Oculus team, as I remember, was to release VR headsets faster than consoles, but not as fast as mobiles. So it’s around two years. With these news, we might get a new one every 3 years… ladies and gentlemen, it sucks.

We do have to keep in mind though, that Oculus company aren’t the only ones who suffer from bad display resolution. HTC Vive has the same issue, and as I was checking people’s reactions, resolution was almost every time on top of the list in terms of what they would want to improve in VR. There have been companies that released 4K resolution VR headsets, but if you are aware of them, you know that they have some issues that are making them worthless for VR gaming. What issues? 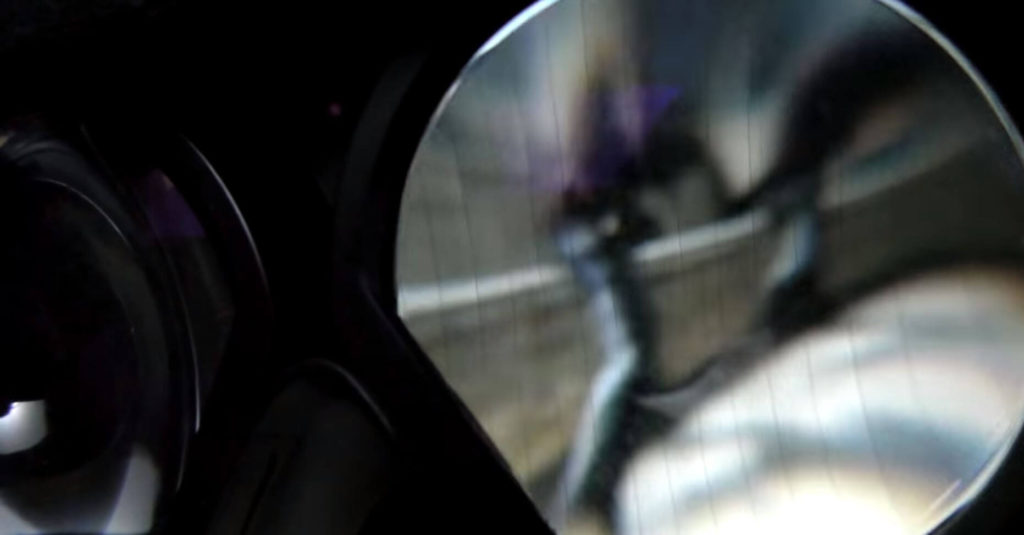 The issue of not people not having powerful enough PC’s to power up their headset. Every single company is saying the same thing: “We fixed the resolution issue” or “we have higher FOV”. While it may be true, they had to sacrifice crucial components like positional tracking, or not having controllers even. Just look at my PIMAX 4K review. While it has a 4K resolution, I do not recommend to use it as a gaming device. It just ain’t worth it. You will buy it, set it up, will search for good games, and then find out there AREN’T any good games. It just plain sucks for that use because Vive and Rift are (almost) the only ones that control the VR market. Developers are making games with enough performance to power Vive and Rift level of resolution, everything else is disregarded since not enough people own those other devices. Why they don’t own? Because not enough games support their device. It’s a vicious cycle that only top sharks manage to break through. So their “upping the resolution” doesn’t even matter.

But, believe it or not, there is a device that has better resolution than on Oculus Rift and HTC Vive. And not only does it have better resolution, it’s more popular also, managing to outsell Rift, Vive, and PS VR combined. Yes, I am talking about Gear VR. IT IS CRAZY how freaking popular that thing got. No one even expected such a turn of tables. The reason behind that is most certainly price. Even though Gear VR is inferior in terms of graphics and is only available to Galaxy phones, it is its cheap price of 99 dollars that makes it appealing.

So the question comes, how come such cheap device manage to output better resolution? Well, it’s because Galaxy phones have higher resolution, simple as that. The pixel density (the black space in-between pixels) is almost non-existent in Gear VR and Gear VR 2 supported phones. BUT, that doesn’t mean games look better on mobile VR headsets. Nope, that title goes to Rift and Vive. Reason is simply because games are better. Graphical fidelity is many times better, the overall quality is better, and you get extremely accurate positional tracking, alongside with better controllers. So in terms of VR gaming experience, resolution isn’t everything.

However, imagine if resolution was up-scaled to twice as much on Oculus Rift. We could finally read text! Tell me how many times did you squint your eyes or move your position just to see detailed words. Sometimes it makes me even mad. Everything just feels fabricated.

Is There a way to combat bad resolution on Oculus Rift?

Yes, yes there is. However, let me tell you first that few months ago, around April 2017, John Carmack did another groundbreaking discovery on Gear VR which ultimately led to almost twice the resolution clarity. That was done by “native rewrite and cylindrical layers”, according to Oculus company. With that, reading any text on Oculus Home is super easy, even from distance. It isn’t possible on Gear VR apps or videos just yet, but if enough people do research on how exactly Carmack managed to do that, it’ll change everything. Rumors are that Oculus Rift even might use that software in the future.

However, it’s still in the research phase. Is there anything to hope for in the near future? Yes, Oculus Rift resolution, as well as HTC Vive resolution might get a HUGE improvement if eye tracking is implemented into their headsets.

It started with FOVE and now a lot of companies that previously worked on eye tracking for regular monitors, have switched their priorities to VR which luckily led to resources being spent on foveated rendering.

What is foveated rendering?

Imagine you have an Oculus Rift headset strapped on your face. You turn on whatever game you want. You see instructions about 3 meters from you, but you can’t really understand what it says due to low pixel amount in that area. What does foveated rendering do? It doubles or even triples the resolution in exactly that place you are looking at, while at the same time lowering the resolution everywhere around you. That way no computer resources are being spent rendering things you cannot really focus on, and simultaneously bring you the picture that is fully clear and easy to see, even from huge distance.

Of course, you might ask, won’t you still see that low resolution in your peripheral vision? Well, in the beginning of the research, you did see it. However, NVIDA and SMI partnered together to fix that issue. How?

Peripheral vision isn’t really as clear as you might think. Although you might see everything in 180 degree radius, details are not really clear. That’s why you won’t really see what is written an inch below from this WORD. Try however much you want, you won’t really see it without cheating. However, you peripheral vision IS super good at seeing contrast, and seeing things that move. You can do an experiment even. Put your finger away from your face to the side, so its leveled with your ears. Move your finger just one third of an inch… you WILL notice some movement. It is crazy even how well we see it.

NVIDIA and SMI knew these thinks and took them into consideration. That’s why they lowered the resolution in peripheral vision, and increased the contrast their to almost max. What did this result in? People who tested this couldn’t even see a difference from lowered resolution. They thought that everything around them is filled with pixels. So that’s how easily they were tricked.

Check out this video to see it in action:

I won’t go to full length about that. If you want to learn more, check out my lengthy and thorough VR eye tracking post. You’ll know how it started and where is this technology right now.

So as was mentioned, waiting for Oculus Rift CV2 might not be an option if you are impatient, but there are different software upgrades that are in the makings. That might be help with Oculus Rift resolution so much that we won’t even need to wish for CV3. There are so many things that are being researched, so many different discoveries made withing the VR world, and most importantly, so much money invested into it, that it’s just inevitable that our VR resolution and VR experience as a whole gets to be drastically improved each year.

It did start slow in the beginning, but now that everyone is getting into it (looking at you, Microsoft, Apple, ie.), VR life, Oculus Rift resolution and VR improvements in general are going to be crazy.

If you liked this article, feel free to share or follow us! It helps us out a LOT!