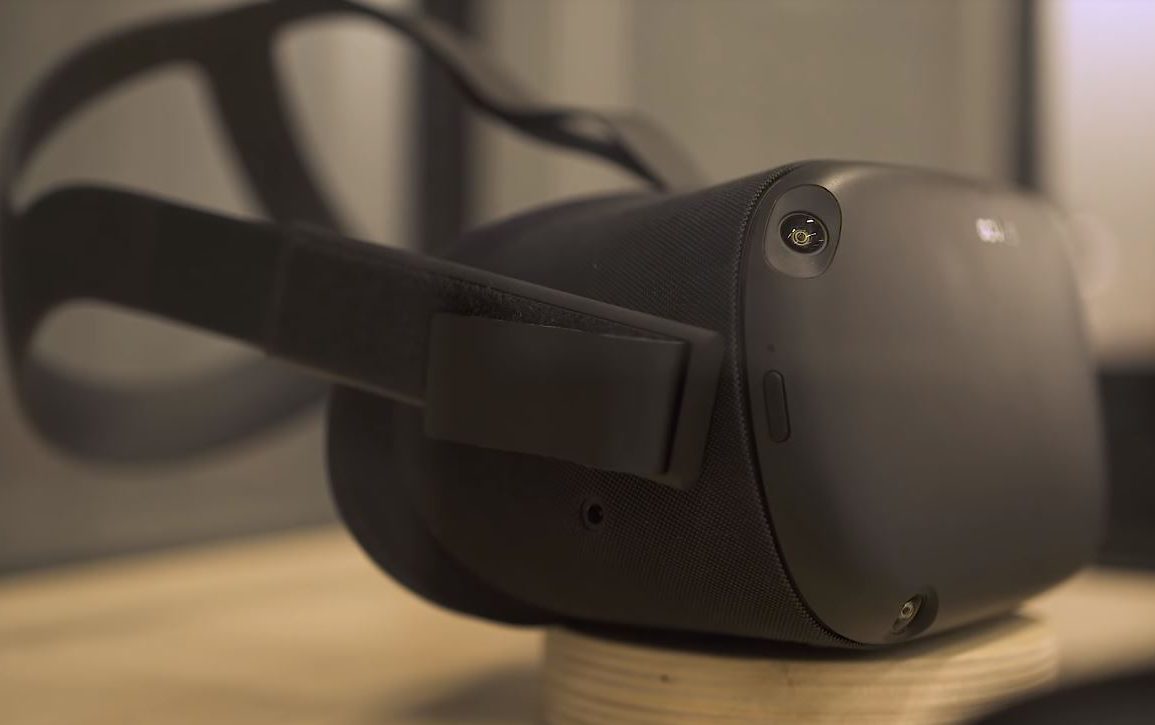 Santa Cruz prototype is finally out and goes by the name of ‘Oculus Quest’. We, the VR enthusiasts, have been waiting for this particular headset for 2 years now, getting glimpses and teases along the way.

Now that it’s out, I truly believe it’s something that we’ve been needing for a long time.

If I were to do a Quest vs. Rift comparison, I’d say that it’s more similar to Oculus Go since it’s like a bigger brother to it.

Rift is more like a brother from another mother, excuse my phrasing.

It incorporates many different aspects from both headsets, but in the end, creates something entirely new, and that’s mostly due to the tracking technology.

But before going into the nitty-gritty, let me show you the specs and then I’ll dive into specifics. 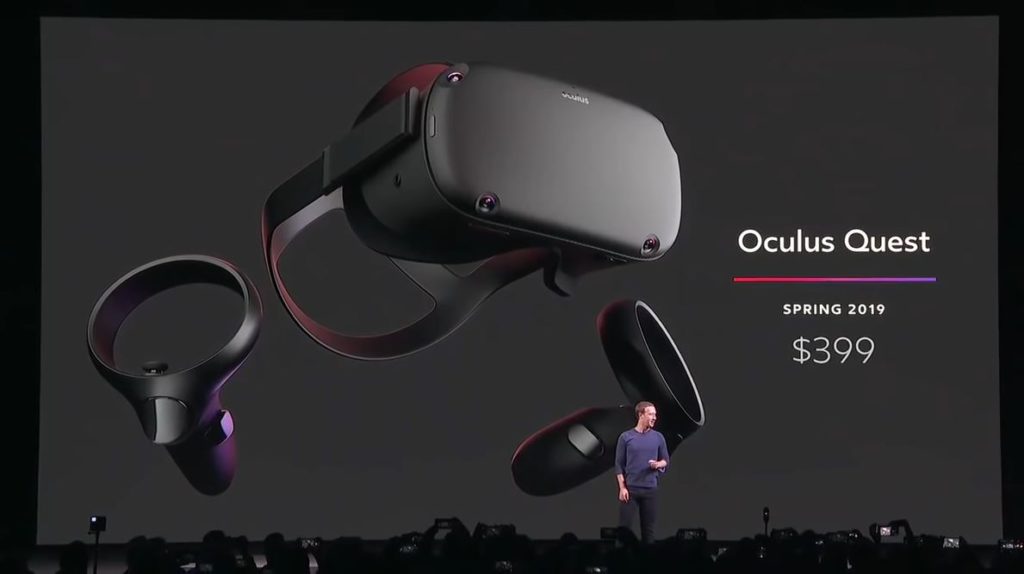 A few weeks ago I wrote an article speculating the price for it, saying that they probably won’t be making the same mistake twice by inflating the price and stick to the ballpark of Rift’s cost.

Luckily, I was right.

It costs exactly as much as Oculus Rift, at $399, and not a penny more (that penny might vary from location to location, of course).

I am extremely glad they didn’t go higher for it, considering how much tech it has inside. Don’t get me wrong, 400 bucks is a lot of money, and it’s twice as much as Oculus Go, but when I tell you what it has, the price it really worth it.

Oculus Insight Technology – What is it?

Basically, it’s a technology that allows you to track your headsets position inside the virtual reality in 6 degrees. If you rotate your head or move it up and down, the position of your virtual camera will be updated accordingly, just like with Oculus Rift.

This wasn’t possible before. Headsets like Gear VR and Oculus Go had to limit themselves to 3-DOF which allowed it to be rotated only, but this new Oculus Quest is changing the game entirely.

We have been asking for a wireless Rift-like headset for quite some time now, and we finally have it, or at least in spring 2019.

Currently, according to Oculus officials, it only works in-doors, but there are some speculations that it’s said so only on the paper because they don’t want people roaming the streets and endangering themselves and others by walking blind. After all, you don’t really see anything and getting hit by a car can be a serious issue.

So for now, it’s best to use it only in your room. 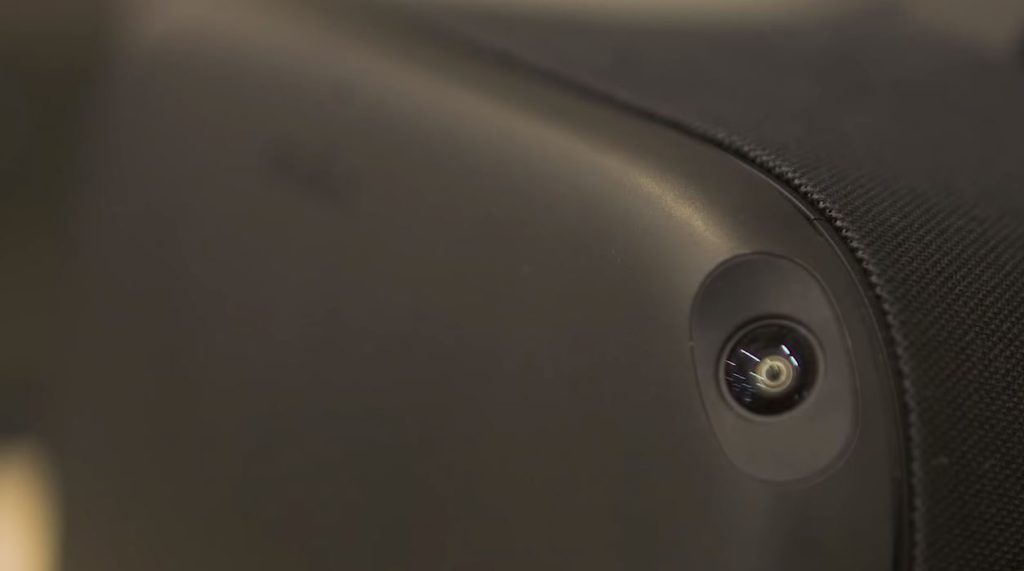 Although you have more freedom in walking and turning and twisting yourself without wires, it’s not as perfect yet as Rift.

We don’t know much about how it works and will it have any latency problems, but we do know that Oculus Quest uses four ‘ultra wide-angle sensors’ that are located on the front of the headset. Through sensors and algorithms, it can calculate your position in virtual reality.

However, since the sensors are only in the front, back side will be sensorless, and hence, no tracking there.

That means that the controllers that come with Oculus Quest will lose tracking as soon as you place them behind your head.

It may not be a big deal, but it will affect you in certain scenarios. The first one that comes to mind is when you use a bow. In order for you to draw a bow, one hand must go next to your ears, and that area is not tracked. Fortunately, they have developed a script that calculates an approximate position of them, so you don’t have to restart what you are doing if the tracking disappears.

My first thought was to add sensors to the head strap itself so your hands are covered 360 degrees, but we’ll see where this all goes. 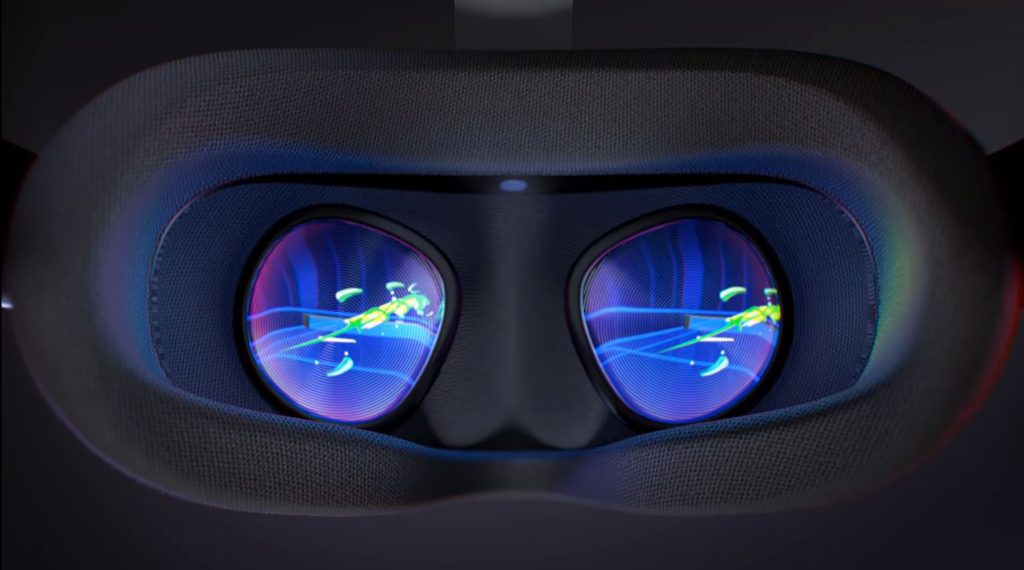 Oculus Quest has 1,600 by 1,440 resolution in each eye. Rift has 1,080 x 1,200 per eye. It will be immediately apparent that Quest is a lot crisper than anything you’ve seen before. Even Oculus Go has lower resolution.

That in itself creates a hurdle, and that hurdle is the graphics quality. Since Quest is not plugged into a computer, it will have to produce the necessary power itself, and that job is weighed on a single Snapdragon 835 processor. For comparison, you can find that CPU on newer Galaxy phones.

Since your primary time will be spent on video games, overheating is an issue, and that’s why Quest comes with a cooling system for itself and you. According to reports, it’s barely heard.

Obviously, it’s not powerful enough to create as good looking games as Rift can, but it’s still an evolution because the resolution makes the world of difference.

But, then we have to take the refresh rate into consideration.

Oculus Rift is at 90Hz, Oculus Quest is sitting at 72Hz.

The difference can’t be compared with computer monitors because VR uses different methods to subdue the frame visibility, but those 18 frames can be seen when the car passes by and your head is moving with it. That’s where the frames usually hide, not in your head movements alone.

So worrying about getting sick is not needed this time. 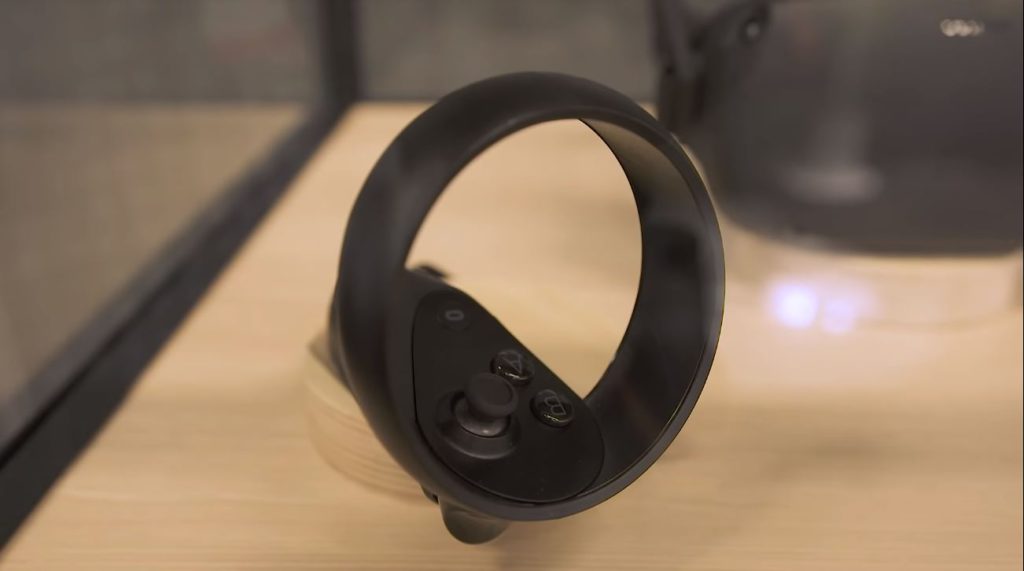 One of the main pleasures of having Oculus Quest in the future is its compatibility with Touch-like controllers. We have been dreaming for it with the Gear VR and Oculus GO, and now it’s a reality.

Mind you, that like we said, tracking is not perfect just yet so if you place your hands behind the headset, it won’t track, BUT, it’s a good start nonetheless.

The main difference that pops into view is its shape. The rings on Touch controllers is faced downwards, and these new controllers are flipped to face the headset. It’s so that the Quest headset could track your hands more easily.

There aren’t really upsides or downsides to that kind of build, but what I can say is that your hand won’t feel as protected as with Touch. The Touch has saved my fingers pumping into stuff numerous times, and Quest is forcing you to be more careful.

Another difference is the weight distribution, but that is just a matter of getting used to.

Other than that, they are as good a controllers as any, and will familiar to Rift users due to a similar button placement.

Oculus Quest is a unique VR headset that offers plenty of which other ones cannot offer.
The biggest differences are found in IPD, for example, as you can comfortably adjust the distance between the eyes and lenses without worrying about suitability.

Unlike Rift, the Quest headset doesn’t come with integrated audio headphones, but it does offer a better external built-in sound. Judging by some tests, it’s even so good that you don’t really feel at disadvantage from not having surround sound.

One may think that not having headphones is making it lighter than Oculus Rift, but unfortunately, it’s not true. As was tested, it felt about 100 grams heavier than its wired brother, and you could feel the weight being distributed more to the front rather than the center.

Still, it feels more or less as comfortable as any headset judging from the short playtest, and the fact that it’s wireless almost feels like it unshackles your ‘gamery’ soul, unlike compared to Oculus Rift. It truly feels fantastic, and a bit scary at the same time, considering that now you can be immersed in games even more so (BEWARE: Corners!).

I guess you’ll be on the ‘quest’ to find the best Oculus Quest spot in your house. Good luck and hf!