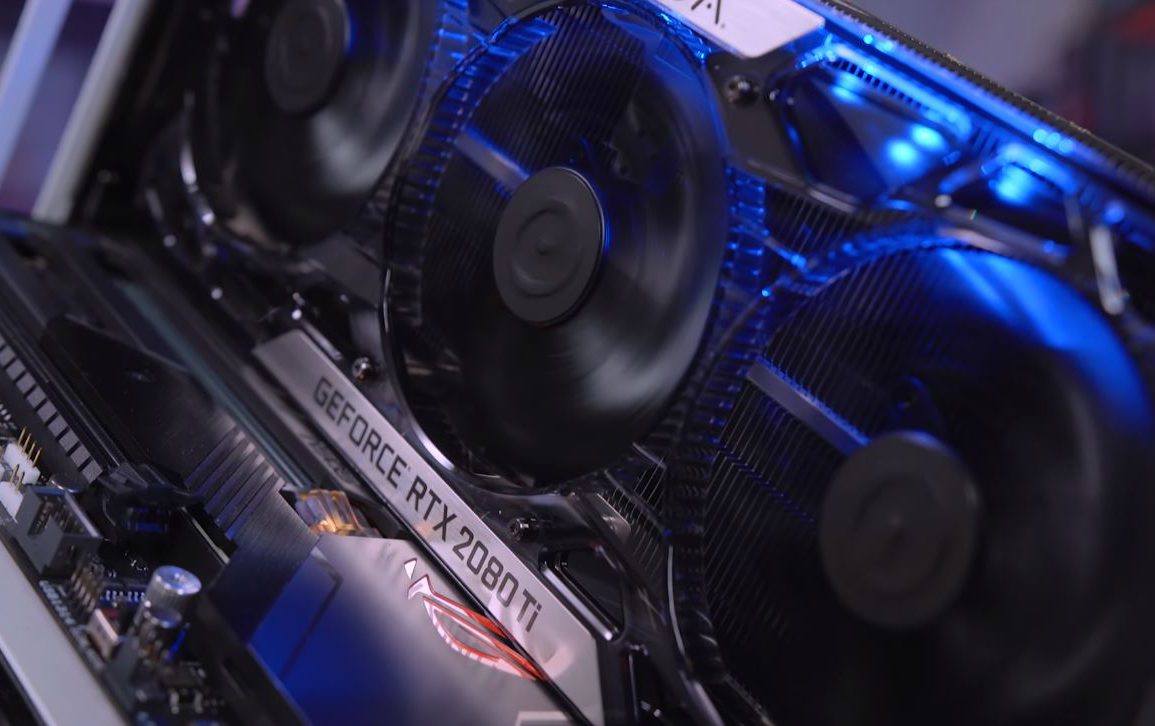 Oculus Rift With an RTX Card is a Dream Come True… In The Future.

If you were to go into your local store, whoop out your dusted piggy bank, wink at your cashier, and say that you want the latest and the best RTX card for Oculus Rift there is, he’d smile at you and say that you made a great choice.

You would go home, install it by watching a Youtube video (not talking about you, experienced PC vet) and you would hold your breath waiting impatiently to play some sweet, sweet Oculus Rift games on ultra settings.

Just to brag to your Rift Compatibility Tool, you’d check what kind of text it throws at you after getting a blessing from you to analyze your new graphics card:

I’d be mad. I’d be mad real good. The initial thought might be that your new RTX GPU isn’t supported for VR, but that’s far from the case.

By the time you are reading this, the compatibility tool is already updated and RTX is in their database. Here is what Oculus spokesperson said about it:


Hi, the RTX 2070 definitely is supported and will be detected as such in Oculus Home itself, it’s just that the compatibility tool itself hasn’t been updated as of yet.

Well, no surprise there. The amount of power that RTX can produce is nothing short of amazing. For example, the RTX Titan that everyone is talking about is so powerful that you would have to sell Rottweiler dog to afford it, as it is around $2,500.

Is the price worth it?

If you are a regular gamer with a decent budget and already owning Pascal GPU, I don’t recommend it. GTX 1070 and GTX 1080ti are more than capable of producing the result that you are looking for.


So How Powerful Are RTX Cards?

Well, since the number 2000 is bigger than 1000, it has to mean that for Oculus Rift it’s stronger, better and longer, right?

Not really. In fact, 20xx series Nvidia graphics cards won’t even give you an improvement in terms of frame rate in modern games and in VR, at least not until better drivers are released with specific optimization patches.

So why even spend your hard earned money on a product that is newer, more expensive, but won’t give you a solid fps improvement over a direct model from the generation?

The technology that it packs.

No, I am not talking about the infamous ray-tracing technology. Yes, ray-tracing is really powerful, but it’s a bit early to salivate over it.

Also, don’t get me wrong. I am probably more hyped for it than a regular gamer, considering that I’ve been working with ray-tracing to generate 3D imagery for years. I know the power it holds. Not only it makes the scene more realistic, it will help developers cut time dramatically in creating games since you won’t have to waste time on faking shadows, on GI, ambient occlusion, and so on.

Since ray-tracing requires A LOT from these new turing GPU’s, it can only be used in specific areas and times. Using it on PC games lowers the frames from buttery smooth to “ rough. Imagine it in VR at this time. Still, I can’t even believe they manage to get that kind of frame rate considering that I usually have to spend 10 minutes to get 1 frame of a decent image to render with ray-tracing.

So, what technology I am so excited about then?

Variable Rate Shading, to put it in simple words, is a technology that allows you to shade objects better in certain locations. Works well with foveated rendering, or eye tracking.

Texture Space Shading minimizes the “need for duplicate texture shading in two nearly-identical frames, such as those commonly found in stereo images.” More on how it works can be found here.

Although the technology that publishes isn’t really widely used right now, it is seeing traction In time, that kind of technology is going to be widely used, especially since it can drastically improve the frame rate in Oculus Rift games, and in any other VR headset applications.

The ‘‘ tech is basically compacting all the VR cables into one, high-end C-type cable. Apart from the obvious easy setup and installation benefactor, it also gives an opportunity to laptops that otherwise didn’t have enough ports for Virtual Reality.

Beware of the “BUT”

But, all these awesome technological advancements that I mentioned above as to be used ONLY in the future.

Right now, if you were to buy an RTX GPU for Oculus Rift games, you won’t notice a huge jump in frames if you currently have the same model from Pascal generation. To reap the benefits, you will have to wait a year or two, and only then it will pay off. So, if you are coming from 9xx series GPU’s, then yes, I would advise spending the money on RTX for a significant boost in VR quality.

Otherwise, my recommendation would be to a and then buy it. Prices right now are very high, and you don’t want to overpay for something that is going to be a standard in the future. However, if money is not the issue, then sure, but currently the performance gain for the amount of extra money you pay isn’t really worth it, at least CURRENTLY.

As a part-time game dev myself, I really can’t wait for ray tracing to become a thing. I’ll wait patiently in my VR corner.

Please consider sharing on social media. It helps us out a lot!