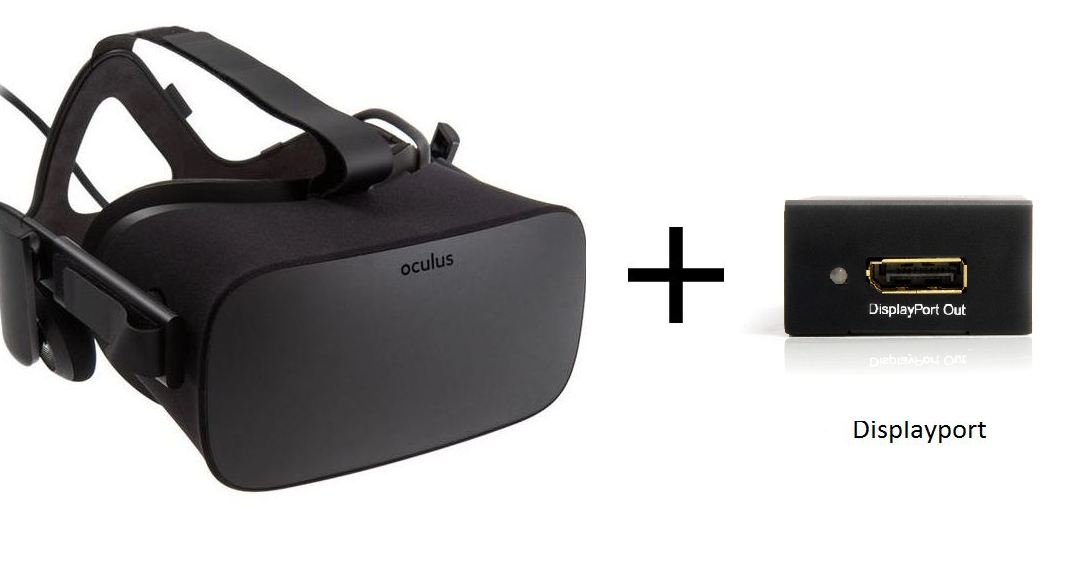 Oculus Rift connected to Displayport isn’t unheard of. It is definitely an unusual setup but it can be done by doing all the steps that I ask of you.

But before that, there are some things you should know.

It will always, and I mean really, always, be better if you connect your Oculus Rift directly to an HDMI port. There is nothing really bad about doing the method that I ask below, but it’s always better to follow the rules so you can sleep with ease.

Update 2020: Now that there is Oculus Rift S out, it seems not always is HDMI better. For the Rift S version, actually, there is no other option than Displayport. I guess they found that it’s superior to HDMI. They even packed Mini-Displayport for those that don’t have the big one.

The only negative side with that is, there are thousands of people who bought a VR-ready laptop with the promise that they are future-proof for the next generation of VR headsets. Now they are stuck with the HDMI-only port, which doesn’t even work with VR anymore.

There is a chance to make it work, however. If your laptop has Type C ‘DisplayPort Alt Mode’ or even Thunderbolt 3 port, then you can potentially connect it. But, the connection has to be also connected to the GPU, not the integrated CPU. If all these things are checked, you are in luck.

But for folks that are using the original Oculus Rift, it seems that there are more options. You can use the HDMI port, as well as potentially make it work with Displayport by reading further. I will recommend you the adapter that has the highest success rate among VR users.

So What Should You Do? 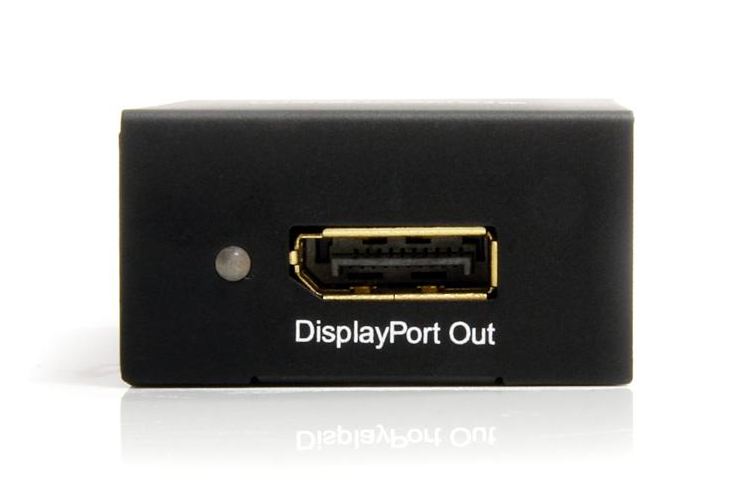 Get a Displayport to HDMI adapter.

But Before You Buy…

There are some things you should know. I can’t predict the exact reason why you are looking for a Displayport adapter, but my guess is that your other HDMI port is occupied with a monitor. Unless you are running some kind of an unusual setup, it’s unlikely that you don’t have an HDMI port at all.

Almost all of them have.

But not all of them have more than one port. If you have only one, then I would strongly recommend you to unplug the monitor from that slot and use it with Displayport to HDMI adapter.

Oculus Rift can sometimes be… moody when it comes to unusual setups. Sometimes the framerate is limited and it feels like everything is lagging, and sometimes it doesn’t give a picture at all and all you can see is a black screen.

That heavily depends on what kind of an adapter you bought and what GPU you run. As much as I’ve seen from others, it’s oftentimes hit or miss, but from the research that I’ve gathered, the risk of it not working is greatly reduced from the adapter I’ve suggested. Even in the item review section, there are some people that use it with Oculus Rift and with a 100% success rate.

Another reason I picked this one is simply that it is simple. What I mean by that is, people spend a lot of money to buy an adaptive version when actually it’s not even needed. A passive one, like the one I suggested, will do fine.

The reason behind that is, some of the newer GPUs are already using DP++, which lets you output both HDMI and DP signals to the Rift at the same time, so because of that, getting an expensive active adapter is pointless.

So, Displayport works with Oculus Rift and the chances of it not working are reduced since most that used it, reported it working correctly.

Also, remember that if you do have an HDMI output, connect that one to the Rift and use the adapter for the monitor, or whatever else you might use it for.

When you have some kind of problem, it’s always good if you limit the reasons why it happens.

Oculus Rift connected to Displayport might be one of them, but it also might not be, so all you can do is test it out.

If you liked this post, please consider sharing! It helps us out a lot!