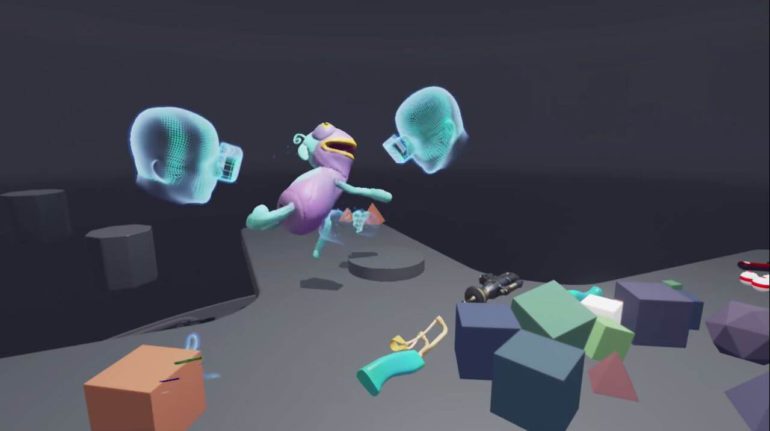 Remember when everyone who tried out Oculus at tech meetups, talked about a Touch sandbox demo? Well, Oculus has decided to release their controller test area for everyone to see on Youtube.

It has been highly praised by almost all the users who got an opportunity to try it. The demo itself shows you how easy it is to play games in virtual world when you only use your hands to interact with things, pull object apart, stack stuff, and play virtual slingshot against another floating head.

In the next video you can see how a girl tries out Oculus Touch while instructor instructs to do different things like stack blocks on each other, play virtual ping-pong, light roaming candles and shoot virtual laser guns.

Although you could argue that she has been playing around with Oculus Touch before also, I actually think that this technology is as new to her as it is to us.

And if it’s true, it’s really unbelievable how easy it is to get into it. You don’t have to spend enormous amount of time on getting used to controllers.

I am quite sure if you have a grandmother lying around somewhere you could give her Touch controllers and she would figure out what to do in a matter of minutes within VR.