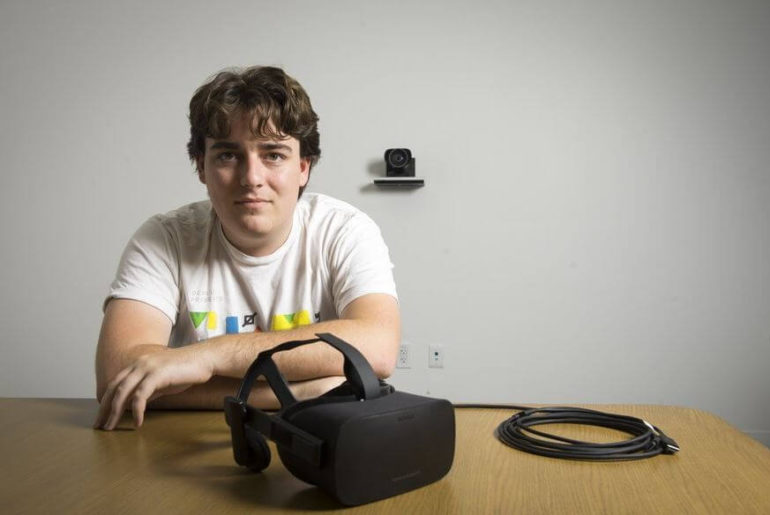 Palmer Luckey: “Cables are going to be a major obstacle in the VR industry for a long time.”

Palmer Luckey has visited a Twitter after almost a week of no tweets whatsoever, and said the following:

Cables are going to be a major obstacle in the VR industry for a long time. Mobile VR will be successful long before PC VR goes wireless.

If you seen the recent showcases of VR tech in public events, you probably noticed how next to VR testers there is sometimes this random guy holding (or wearing ↓) a cable, so you don’t get tangled and fall by accident.

For those of you who do have an Oculus Rift, probably know that most games, if not all of them, are made for a seated experience. We don’t know the pain of having to adjust ourselves, or adjust a cable for optimal usage. Getting your legs intertwined with cord, or hitting a cable accidentally with your hand in VR can break your immersion, and as Palmer Luckey – founder of Oculus – said, it will be an obstacle in the future.

This is one of the advantages that Gear VR and other mobile VR headsets have, and that is absolute freedom with your movement (even though Gear VR does not and will not have positional tracking, at least for some time).

However, there are some rumors of people inventing overhead cable management systems, so there is still some hope. I will be keeping my eyes open for them.