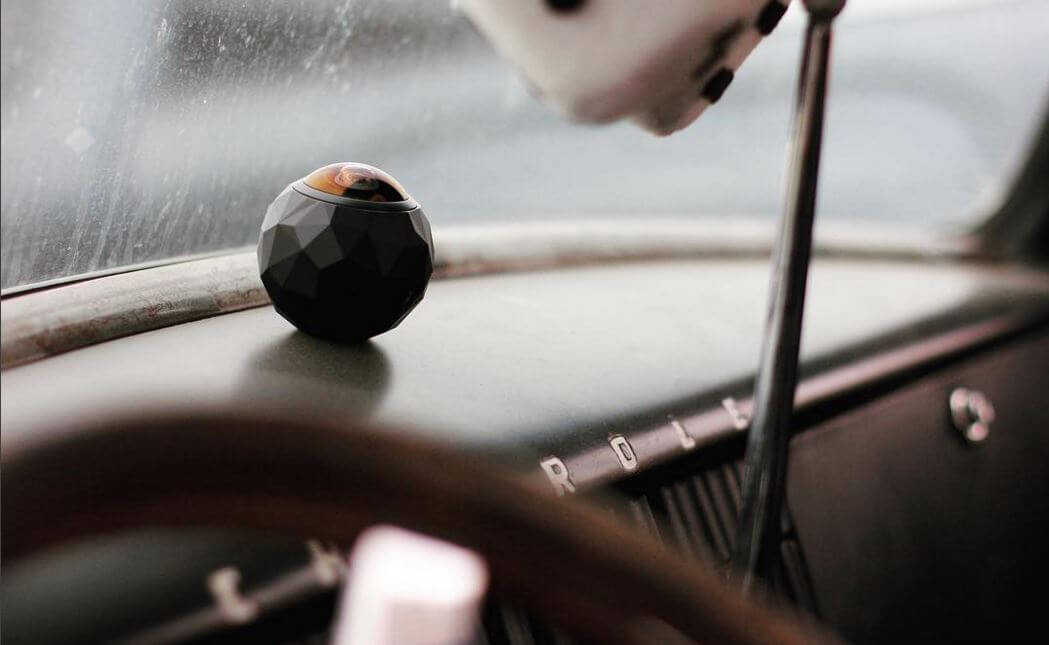 VR cameras, also known as 360 cameras, are starting to get more and more popular as time goes on. These cameras got the wind in their sales when Youtube released an update on March 2015 that allowed 360 degree videos to be uploaded to their servers.

The 360fly company has been making GoPano Micro cameras for iPhones in 2011, with almost the same purpose that 360fly has – give 360 video options. The difference, however, is that it was downright primitive back then. With GoPano camera you couldn’t look up or down, and 360 video quality wasn’t the best either (not that it’s good in 2016).

Now they are making a camera that CAN be looked everywhere, except at the particular area at the bottom (or top, depending on how you hold it). That actually quite weird, right? Saying it makes 360-degree videos, but in reality, it’s 240°. Not that I am complaining though. Even that is more than enough to make spherical videos, as long as you don’t mess it up, and make it so that the whole action happens right in that blind spot. That would be infuriating.

But how good is it for daily usage?

For me, the way it looks plays a big role. If you walk around in public, with something weird connected to your selfie stick, it kinda ruins the fun of filming your surroundings. With 360fly, I feel like that is not an issue. It looks like a futuristic golf ball that can at any moment just fly away from your palm and never return (Harry Potter snitch reference). 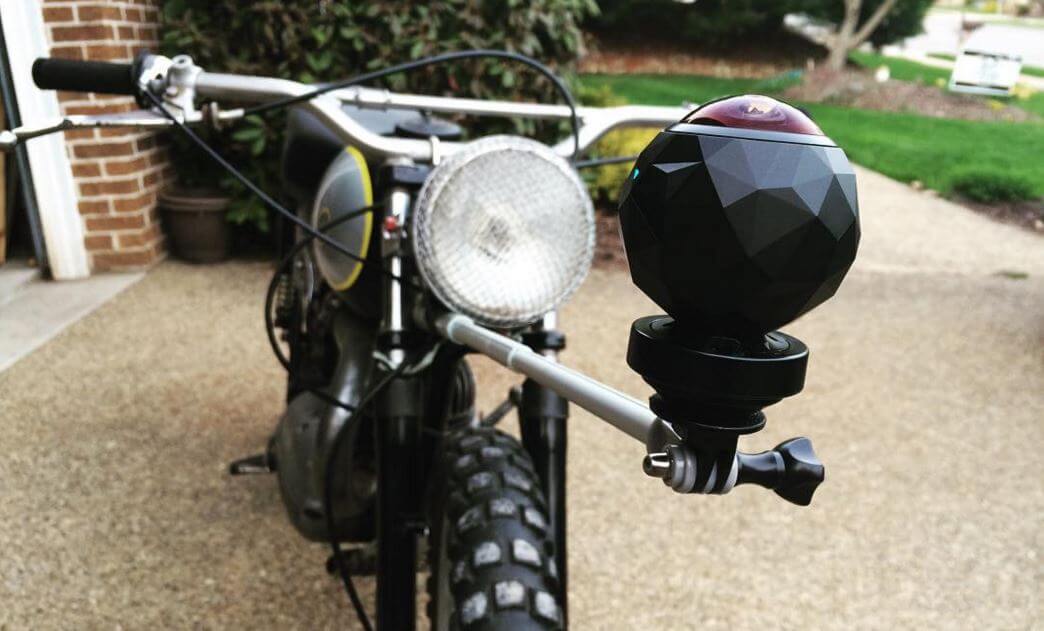 It doesn’t draw much attention, but it’s something that not many have seen, and I absolutely love it. It’s designed in a way that makes it easy to hold in your hands, and also mount it to anything you need. Do you want to capture your surfing experience? Just glue it to your board, make sure you don’t drown, and you should be ready. And yes, it’s water-resistant.

We are just getting into 360-degree camera age, like literally. Because of that, quality is… not going to sugarcoat it, quite crap. Are there any other 360 cameras that do a better job? No.

That’s right. With $60,000 you can buy a nice car, live years in a good apartment, or buy an Oculus Rift for each of your friend and relative.

But since they are a bit beyond our sane price limit, we have to resort to “less capable” consumer-friendly products, and 360fly is one of them.

Yes, quality is not the best, but truth be told, there are no better, at least right now. One of the reasons is that it has only one fisheye lens, which means no video stitching is needed. Have you seen the stitching technology?

It basically stitches all the videos from different angles together and makes it look like everything is shot through one lens. However, when you move around, you can see those soft stitching lines. With each camera, those stitching lines are less or more visible, but with 360fly HD, that is not necessary.

Fisheye lens means no stitching is needed, but at the same time, you will have to get used to that black “blind spot” as I mentioned before. So here is where you make a decision. Are you able to settle with that blind spot, or you prefer to get those soft lines?

Personally, I prefer fisheye lens until stitching technology is completely invisible. I can work around that black area, as long as the quality is good and is not distracting from the viewing pleasure.

Fun fact 101: Don’t judge the camera by how it looks on Youtube. It looks a lot worse on Youtube since, for some reason, they zoom in on the video.

There is a huge difference in how it looks when it’s freshly released from the camera, and when it’s uploaded to Youtube.

You can see the difference here:

Why it’s zoomed in? I have no freaking idea. I prefer the original one, but it seems like Youtube disagrees. Maybe it’s due to technical difficulties, or they really think that we like to see everything zoomed in.

It reminds me of an amateur cameraman. Oh, you see some action going on there? Let’s zoom in so you can barely see what is going on around you, mixed with even more visible camera shakiness, but hey, at least we can see that pixelated action, right?

Wrong, don’t zoom in. In fact, don’t touch the zoom button at all. Tape it and never put your fingers close to it. I can perfectly see what is going on without them ruining my field of view. If I sound like pissed off, it’s because I am. I am actually super tired of these zoomed in footages, and for some reason, 360 Youtube videos decided to become my archenemy. 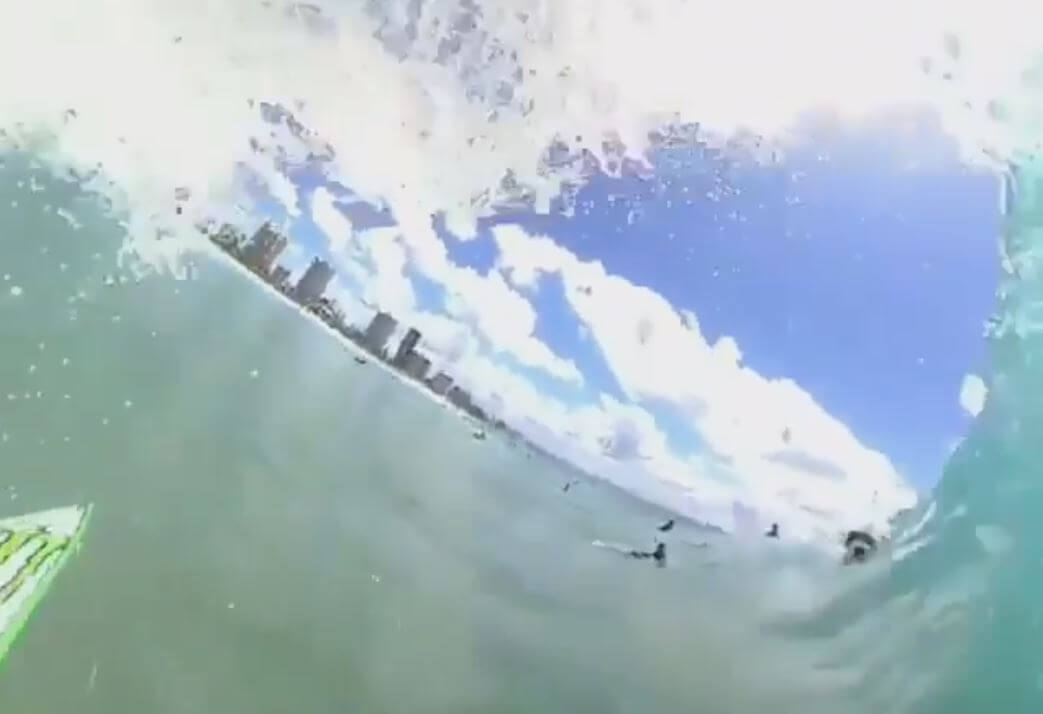 Anyways, my small rift from topic aside, 360fly has a resolution of 1504 x 1504. Sounds a lot, right? Wrong again. With 360 videos you will need a lot more pixels stuffed into it to make me and viewers happy. I guess that’s why 360fly 4K was announced. More pixels are needed! In any way, it’s already better than most of these 360 VR cameras on the market.

30fps is manageable by itself. No need to have it 60fps. Most of the videos on Youtube are around 30fps due to too much hassle uploading such huge files. However, you do see a slight stutter when playing back the footage. Manageable, but something to consider.

Software plays a huge part in every technology. If that is lacking, no matter how powerful and raw the hardware is, you will suffer. Unfortunately, 360fly editing is a bit too simplistic.

There are practically almost no low-cost software editing tools available for Windows, so that limits you to using either an Android app for 360fly videos or 360fly Director desktop. Are those apps any good? 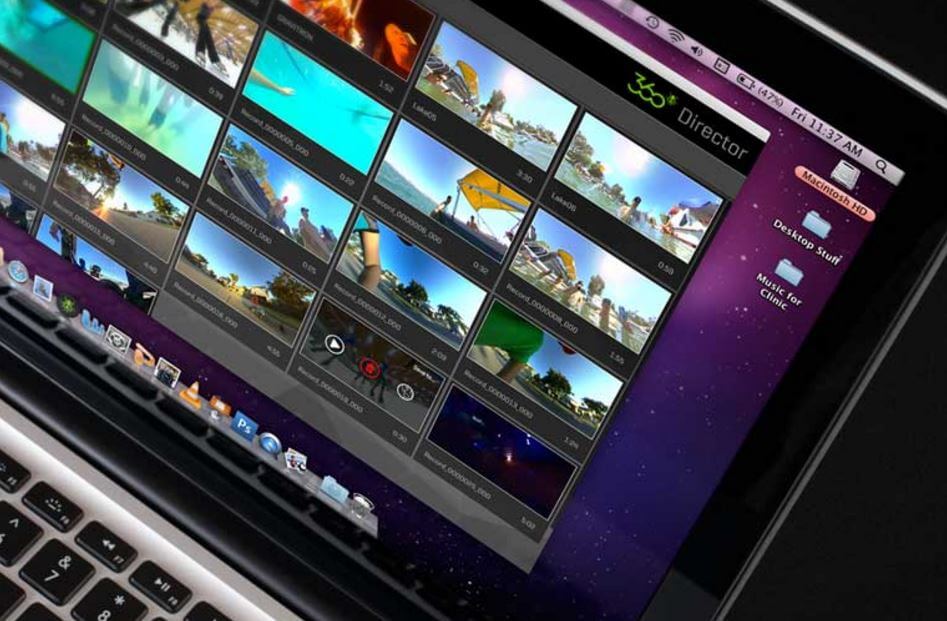 To be honest, it’s not too bad. Although it’s extremely, or maybe even too simplistic in terms of various editing tools, it does its job, and no more. Literally. You can only trim videos, and add soundtrack and filters to those clips.

By the way, clips can only last for up to 2 hours after you click “start recording” button. Reason? These 360-degree files are huge. And you only have 32GB of space available. But, if you want to share the video on social media, you’ll have to cut the video to be up to 2 minutes in length. Unfortunately, the 2-minute limit cannot be exceeded.

From the outside perspective, it’s a really sexy looking, fun to work with, and easy 360 VR camera for users. But if we look inside, there are some grey areas that leave you to be desired. 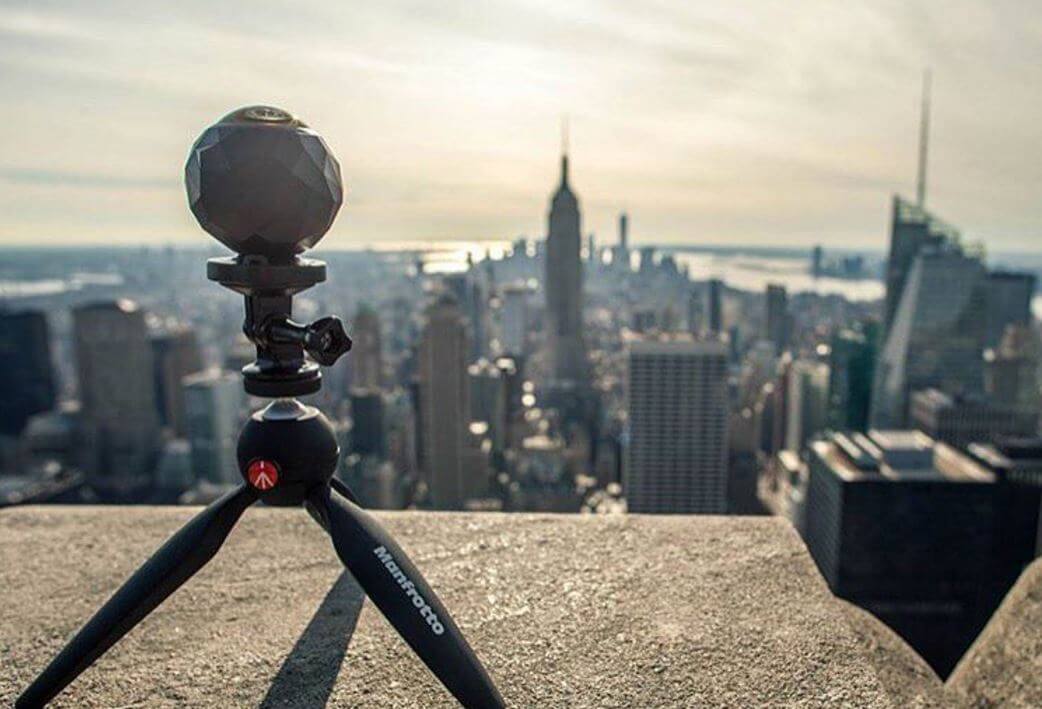 Although I have to admit, I don’t give it as much as credit as I should, since it’s one of the first VR cameras out there, and not many 360 cameras can do as much as 360fly. I keep comparing it to usual action cameras like GoPro, while they should be compared more to VR cameras. But the thing is, there aren’t many of them, it’s just the beginning.

If I summarised this camera, I would say it does everything it says it does, and nothing more. It’s not necessarily a bad thing, but I just can’t wait for technology to improve, and see newer versions of them to come out. Which, now that I mention it, reminds me that 360fly 4K is around the corner. 4K means more pixels.

In the meantime, if you can’t wait for newer 360 cameras, 360fly is my recommendation. However much I flamed it here, it doesn’t change the fact that its one of the best 360 cams on the market.

I should give it some slack.

If you have something to add, feel free to comment and below: