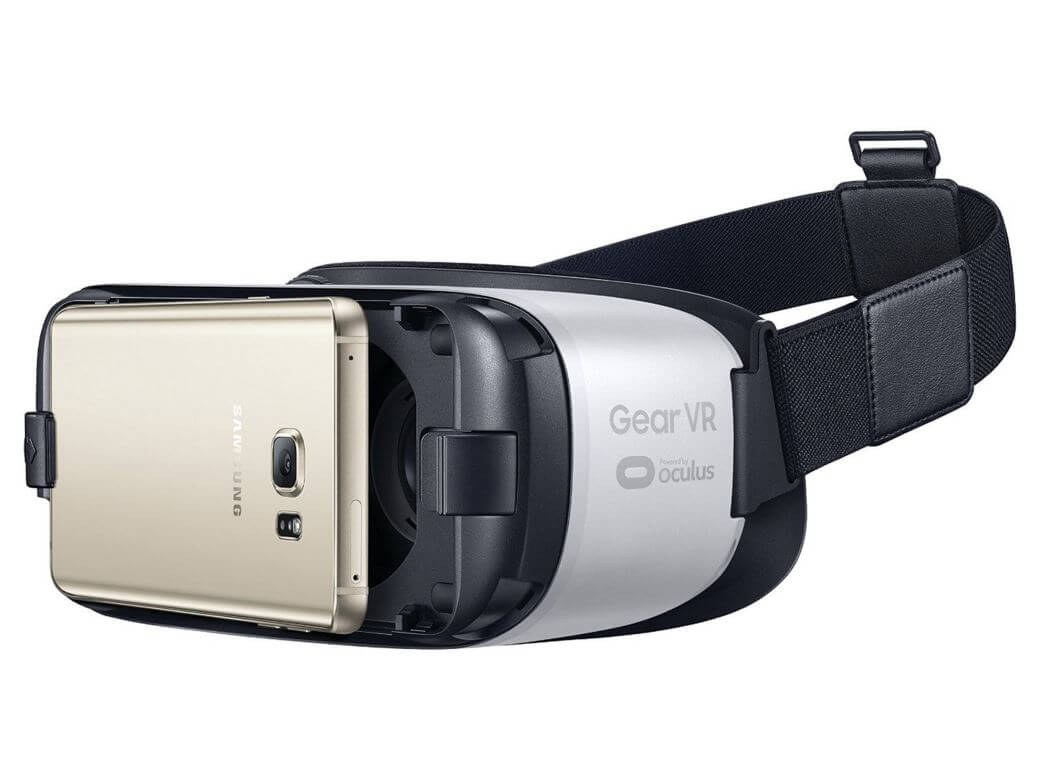 Looking for the best Samsung Gear VR headset games? Unsure what to pick from such a wide choice? Believe it or not, games are actually quite limited in terms of choice in the mobile VR industry. Although people are working on many projects, it’s still early ages.

Still, there are bad games and good games. Below are not only my picks for best games, but they are also chosen by VR community.

Not all of them are going to be new, but I try to pick some fresh ones just because some have already been mentioned by other blogs. 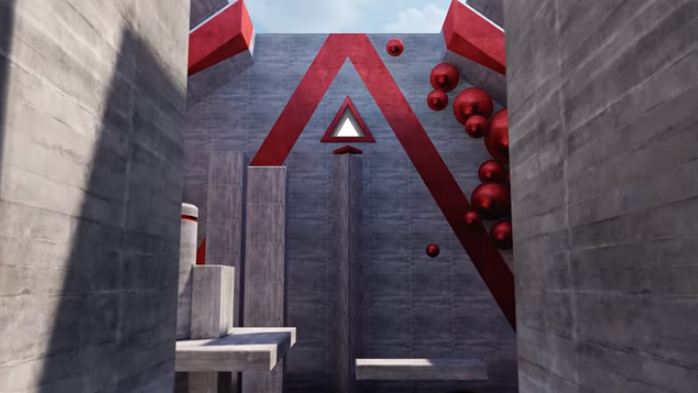 I’ve never thought that a game can be so pretty on Gear VR. This one is actually one of my personal favorite VR game on mobile.

Sometimes game developers forget to give the game a soul. That soul can usually be seen in its artistic scenery and sound. When I first played it, I noticed that I immediately felt very relaxed and free. Seeing how the game was made in its later stages, it was exactly its purpose.

What impressed me was despite its simplistic geometry, it managed to create that photorealistic feel which you sometimes don’t even feel on PC games. Obviously, it’s not the poly amount that made this game so magnificent. It is its materials and shadow quality. As there isn’t much space in Gear VR in terms of performance resources, baking shadows on to the map was probably their only choice. They also used a lot of metallic material that reflected the world.

All that combined created jaw-dropping visuals. 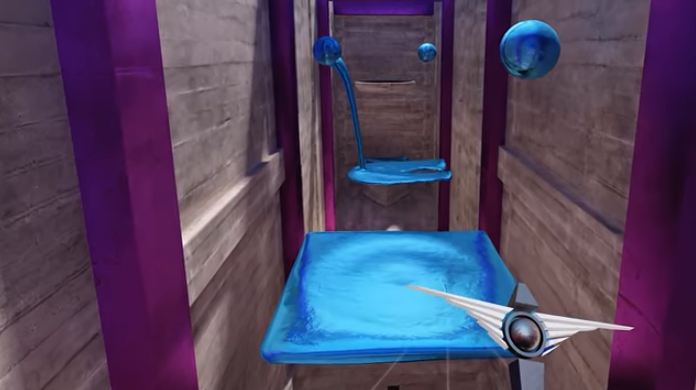 Not only is the map design simple, the gameplay is as straightforward as it can possibly be – get to the exit portal. To do that, you have to solve some floating puzzles. Speaking of floating… you can float. By using your controllers, you can exert a limited amount of thrust (until you land on solid ground), steer, and even glide if the point you want to reach is far away. Be careful not to land on prohibited area though, or you will have to start from the beginning.

Levels in this game may be a bit too simplistic in the beginning, but once you get to further levels, it becomes a lot more interesting. Coupled with a relaxing atmosphere, and you have in front of you an awesome exploration/puzzle game to kill the time. Check it out! 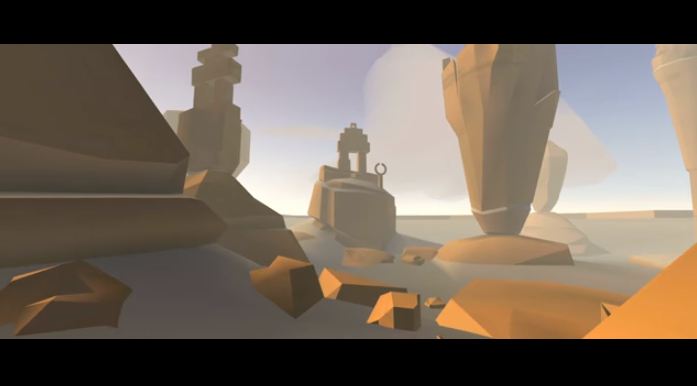 I apologize to people who already played this game (because it’s a top choice in many places) but it’s truly a great game that deserves the mention despite the fact that it’s not a recent game.

If I were to compare it with something, the first thing that comes to mind is game called “Journey“. I remember seeing that game many years ago when I watched PewDiePie (yeah, I know) do a playthrough of it. It was so beautiful that my eyes were watering when that carpet looking stick figure slid down the tunnel and the sun was shining through.

Although ‘Lands End’ is not capable of pulling off such visual feet due to technical limitations of mobile VR just yet, it can still be quite a jaw-dropping experience for VR rookies. The scale and imagery, sounds and style of that game truly show us that you can achieve quite a lot with such huge graphical limitations.

When you look at the sea, it also very well done despite the fact that any kind of real-time motion takes up a lot of resources; As I can see, he used specific shaders for it. We won’t be seeing any ‘Sea of Thieves’ level of waves, but they are good in their own way. Speaking of Sea of Thieves, holy ****. Imagine that in VR. Motion sickness would be real though. 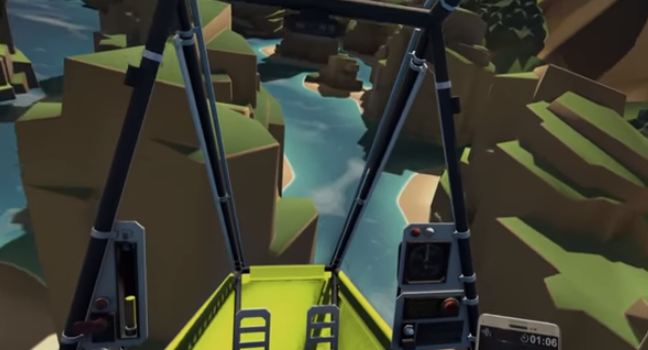 This game has been available for Oculus Rift and HTC Vive for quite some time now, and after everything got sorted out, they released a mobile version that has almost all the features that original version has, but is scaled down in terms of graphics to accommodate the capabilities of Samsung phones.

The graphics aren’t as good as some titles have, but at least you get a silky smooth performance with lots of awesome content.

You get to try all kinds of different missions, modes like free-flight where you can fly wherever you want, and even shoot the targets that are spawned in front of you.

We, as VR users, sometimes run into a problem of needing to re-learn certain controls. Because of that, I am grateful to find out that Ultrawings has many options to choose from so that users can pick their own favourite.

Although this flying simulator isn’t as in-depth as some that are out there for Rift or Vive, this one has won over the hearts of many, and many consider this the best one yet.

Gear VR is lucky to have Ultrawings under their gaming arsenal! 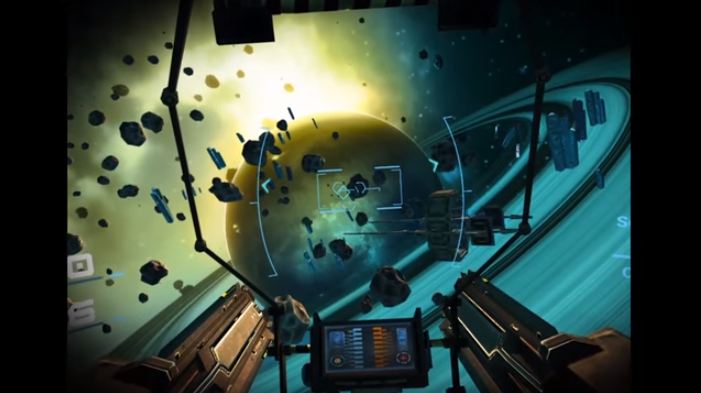 There are a lot of different space sims available for Gear VR, but not every one of them meets the standards of a casual VR enthusiast.

There is Eve: Gunjack, made by Eve franchise creators, and that is a good and well-known game but apart from that, there aren’t much available in the space niche… except one.

End Space is a single player game that has more than enough content to keep you busy for hours and days. It is well thought out, a bit more realistic than a typical space shooter, and is a perfect game for those who want to let themselves to be divulged into another world.

This game was so good that is helped the creators to make their own game studio. 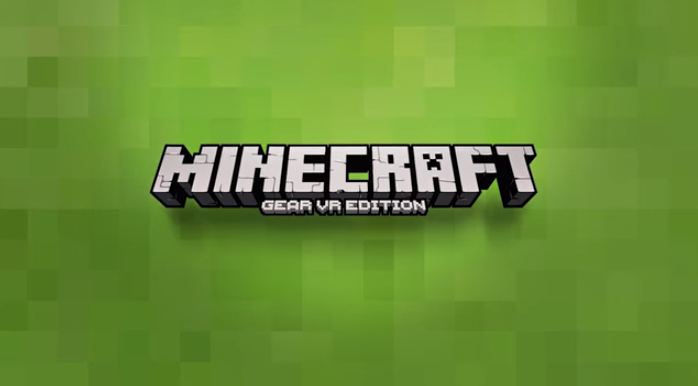 That’s a no-brainer. Everything that the programmer god John Carmack touches, turns into gold.

Minecraft VR is no exception.

I wrote about Minecraft VR back in 2015 and even then he tackled some amazing problems with mobile VR and exported that knowledge into his jewel known as Minecraft VR.

There were and are many Minecraft clones but not a single one of them touches the heart of block-building as well as this version.

First of all, it’s as good as a PC version, only it’s on mobile. Graphics are exactly the same, and the world is much bigger than a typical Minecraft replica on PlayStation Vita or android.

Are there any differences?

Apart from feeling the actual that scale that just can’t be repeated on flat monitors, your building and destroying distance is a lot longer. That removes the motion sickness because you don’t have to move as much.

But what I love the most is exploring the underworld in VR. It’s just so fun and personal considering that it literally feels like you are there.

Please consider sharing and liking us on social media. It helps us A LOT!