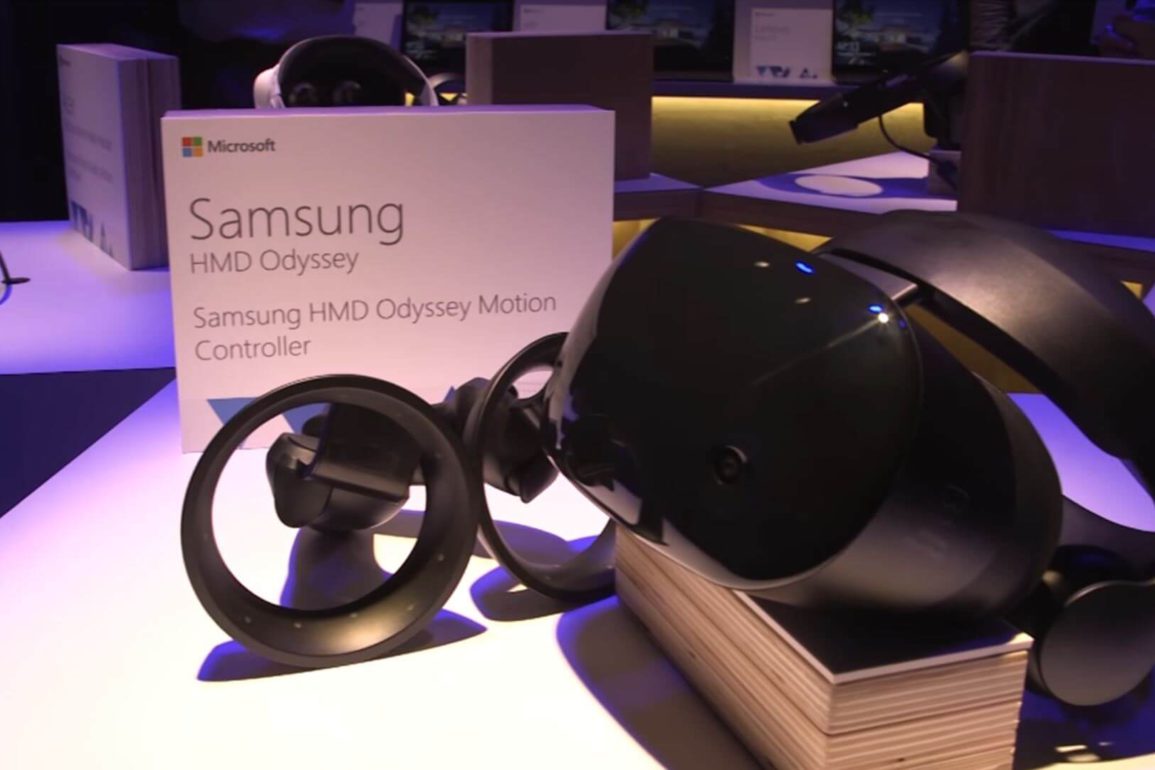 Although Samsung Odyssey isn’t really a pure virtual reality device, they are reporting that it can do both – run VR applications and bring users an awesome AR experience.

That is a tall order. There have been many MR (mixed reality) devices announced, and all of them are quite similar. What about this one? Why do so many people compare it to Oculus Rift?

Well, because for the first time an MR headset challenges top dogs in VR industry.

Here is the comparison between Samsung Odyssey and Oculus Rift. I’ll go into details down below:

So What Are The Differences:

Gotta give the edge to Samsung Odyssey. They have a beautiful AMOLED display, same as on Oculus Rift, but this time it is backed with higher resolution. 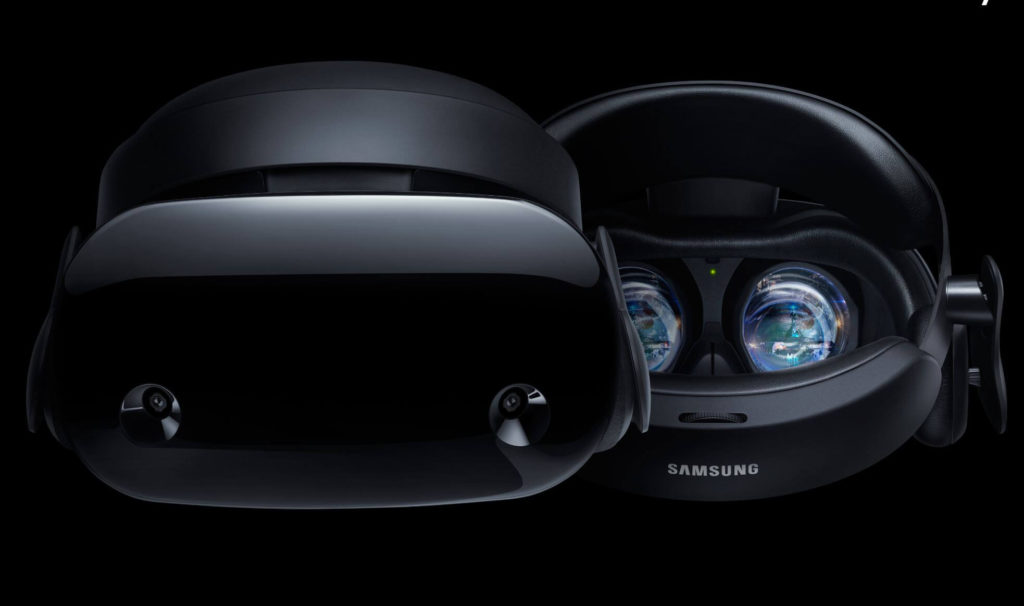 Oculus Rift resolution is something that needs to be improved upon… AND SOON. 1,440 x 1600 resolution per eye improvement can be felt when you are playing VR games compared to Rift and Vive, especially when the display is capable of showing such deep colours through AMOLED screen.

The refresh rate is similar to Rift and Vive, although it can limit to 60Hz if a specific application requires more horsepower. The fact that resolution is higher doesn’t help the matter.  Samsung has, however, stated that a $500 PC can run most Odyssey VR applications. Whether that is true or not remains to be seen. For comparison, Rift requires at least $600 investment into a VR capable computer.

Field of View is exactly the same on both Odyssey, Rift and Vive. It’s also something that would benefit VR world a great deal IF we figured out how to increase FOV in games. Otherwise, we’ll be looking through binoculars forever.

IPD range difference is interesting. If you are one of these people whose eyes are very close together (57-60mm), then Oculus Rift is a better fit for you. If your eyes are wide apart (71+mm), Odyssey is better.

Let’s start with weight. That is not something that we should dismiss. Comfort plays a huge role in everything we do, especially when it’s connected to our entertainment.

Samsung Odyssey is a lot heavier than any of the VR headsets out there. 645 grams (1.42 pounds) may seem like nothing, but over time it will let itself know. The neck will start to hurt, and that will result in a headache.

Of course, the design of the headset plays a huge role also – if the weight distribution is properly balanced, you won’t feel as much pressure on your neck. Sad thing is, we cannot play test Odyssey for long periods of time as it is not out yet. That is also something to be seen.

The one thing I would give Odyssey props for in the design apartment is installing volume button on the headset itself. I hate going to the menu while in the game every time I want to lower the volume. Giving that function to the headset itself like Odyssey did would save a lot of headaches.

Speaking of sound, 360-degree spacial headphones are something that is included in Odyssey headset. And that is not that common for MR headsets. Good job in that regards.

Similarities Between Oculus Rift and Odyssey

They are both made for Windows. We don’t actually know how much Samsung focuses on content for their headset, but as far as we know, SteamVR will be supported. It is good that VR hardware creators are getting into the market, and SteamVR already has a respectable reputation in terms of VR games. Whether the games themselves will run on Odyssey, is another question entirely. Higher resolution does mean that higher demand is expected from your computer, but since officials at Samsung have said that Odyssey will work well with a cheap PC, I am interested how this scenario will play out in the end.

The microphone is included in the Odyssey headset, just like with Oculus Rift. It also has some voice commands in case your hands are busy. I don’t expect the Siri-like level of performance, but it is a nice touch that makes VR life easier. 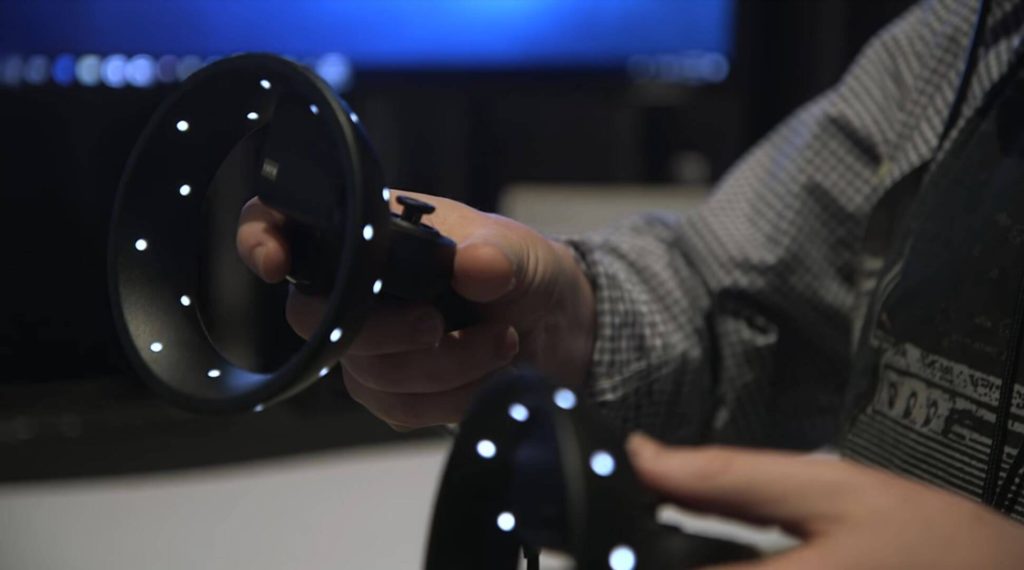 Controllers are somewhat of a mix between Rift and Vive controllers. Odyssey controllers do have a clickable touchpad on it (like Vive) but they also managed to fit a thumbstick in, so the design itself does resemble Rift’s Touch controllers.

How well they feel we will find out on Nov 6th. as that is the official release date for Odyssey MR headset.

What Makes Odyssey Special Though?

Its sensors and tracking. What makes Odyssey more feasible compared to Rift is that you don’t have to set up external sensors for room-scale tracking. They have developed an “inside-out position tracking” that basically makes this device plug-and-play. It runs only on one cable.

Considering how much of a headache it is to set up your VR, having a device that just needs to be plugged in is a breath of fresh air. Whether it’s as accurate as Rift and Vive remains to be seen, but as far as information goes, it’s pretty good. I have high hopes for it.

Apart from “inside-out tracking” that gives you “6 Degrees of Freedom” (aka. positional tracking) as it says on their website, Odyssey is equipped with a compass, camera, proximity sensor, and IPD sensor.

It’s a pretty decent price considering what it packs. Whether I recommend you to order it depends entirely on how well the content is going to be circulating through it. There are a lot of hardware out there, but not enough content, so I am going to be keeping a close eye on it.