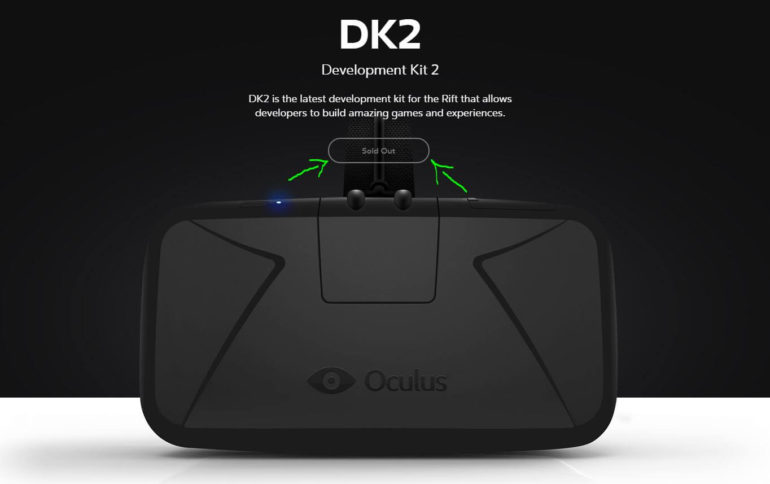 As 2016 is only few months away from us, all sorts of changes are happening. New Runtimes are being released with accelerated speed, as well as officially stopping shipment of DK2’s. You can’t buy DK2 anymore from their official Oculus Site anymore.

DK2 has been played around with for a little over a year now, making us experience crazy gameplay, along with its negative drawbacks like motion sickness. We have waited for consumer version of Oculus Rift for a long time now, and it’s only few months away from us.

You can get an Oculus Rift DK2 from Ebay or Amazon if you so desire, but I would advice you to not spend money on third-party shops, since first of all, they have higher price set on these virtual reality devices than on official VR sites, and second of all, why waste money on something that is going to be plainly inferior to a device that comes out few months later.

There is going to be no more DK3’s, just a plain fresh consumer Rift. Dk2 has served its purpose in this crazy age, and should retire peacefully somewhere in our closet.

20 years later when VR is in every household, you could tell your friends that you have the original VR boom starter available lying somewhere in the attic. We would probably laugh at how badly it functions.