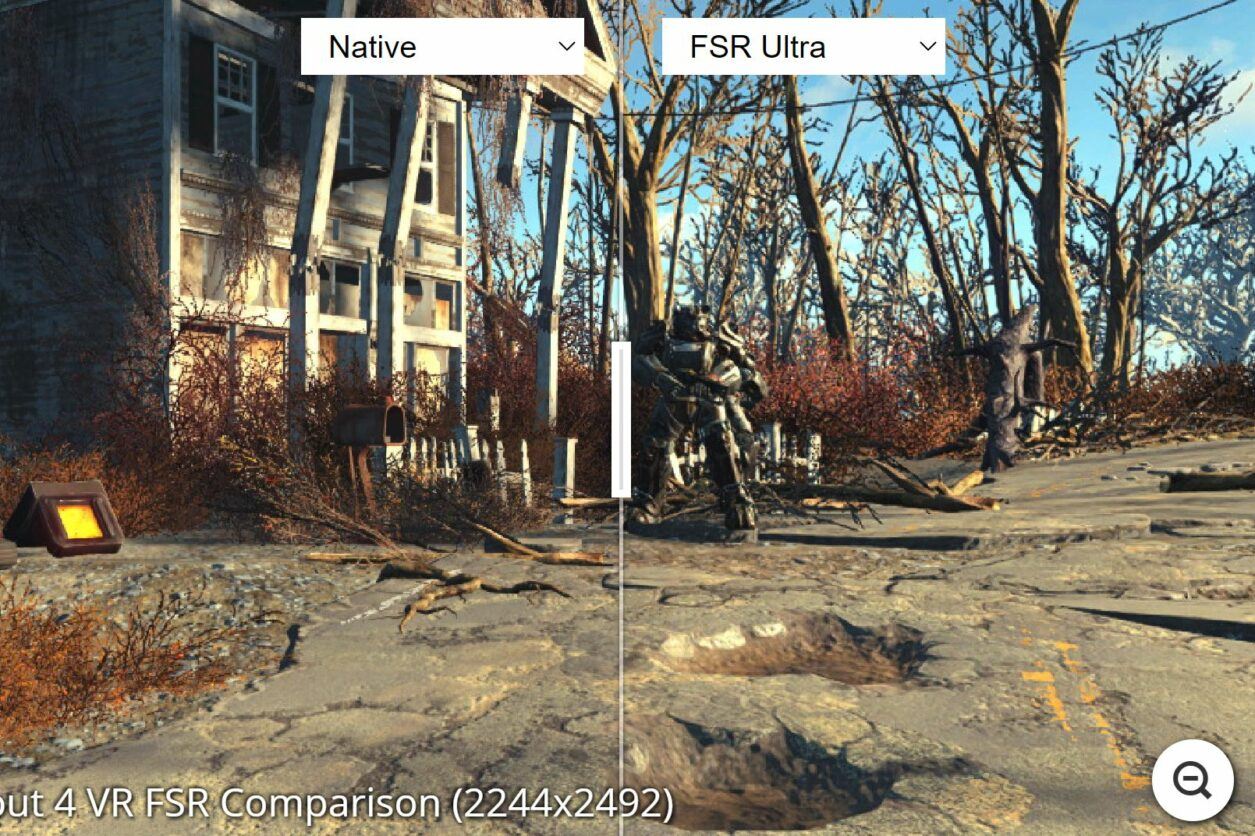 Suffering From VR Performance? Try Out This FidelityFX mod.

As the VR community is extremely talented, there is no surprise that some developers release open-source scripts out to users before there is anything official.

This mod, created by Github user fholger, enables AMD’s FidelityFX application to be used with SteamVR games. Despite it coming from AMD, it works with all the GPUs, NVIDIA included.

What does FidelityFX do? It lowers the game resolution significantly and then upscales it with scripts. In theory (and practice), the visual quality will not be impacted much, but the FPS increase is significant.

Pictures don’t really do it justice, as it looks significantly different in VR. The only way to compare is within VR itself.

But as far as was noticed, no significant impact was made to the quality, while the performance increase is noticeable. As this mod is still in the very early days, it’s hard to give exact numbers for each game.

Also, the best performance increase comes when the game itself supports FidelityFX, as then it will have access to certain critical files. For example, here is when FidelityFX is natively installed:

The modder has successfully played around with Fallout 4 VR and Skyrim VR. It should work with many SteamVR games, as long as they use D3D11. D3D11 is a modern library used to access the graphics card and perform hardware-accelerated rendering. As far as I know, you will have to do a trial and error method to find out whether FidelityFX will work or not.

How to use this mod

This is taken directly from the mod page:

To install, find the location of the openvr_api.dll in the game’s installation folder:

In case you run into issues, the log file (openvr_mod.log) may provide clues to what’s going on.

Again, all this is early days and the dev has promised to do frequent updates to it. If it doesn’t work for your game, just go back to the Github page to check whether any updates were made.