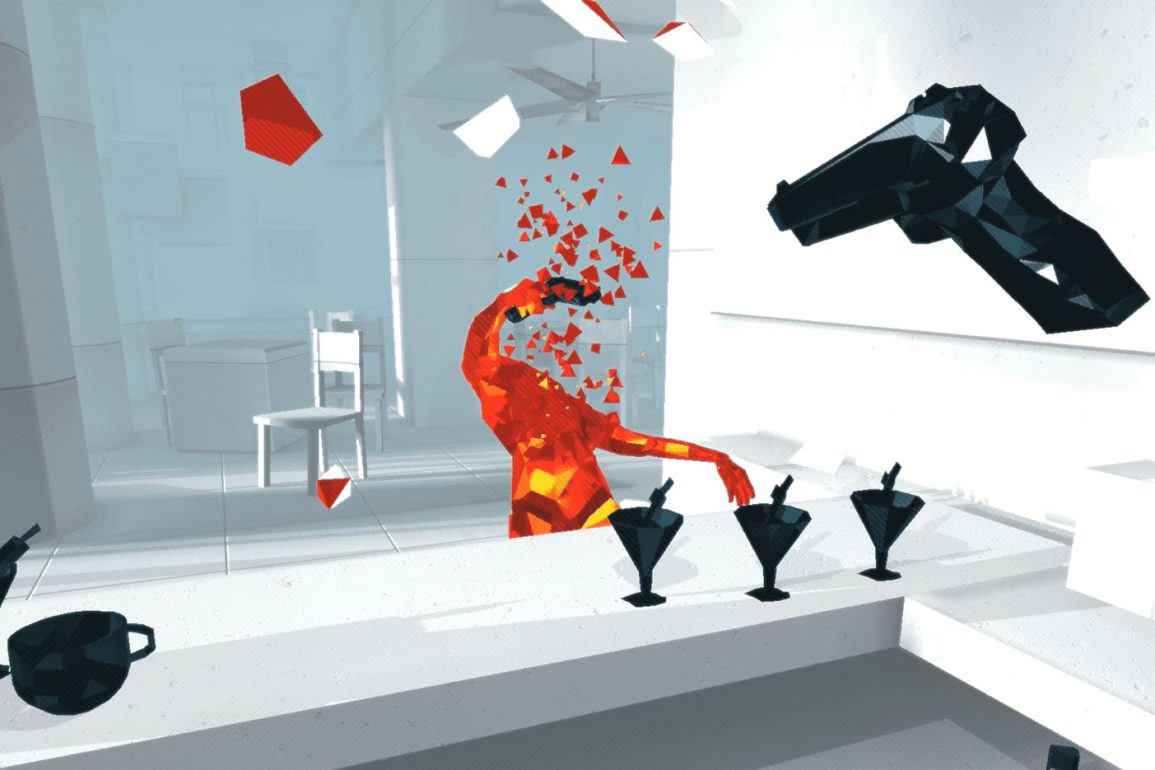 Ever wondered what it feels like to be Neo?

This game was born to be played through VR headsets. The most immediate feeling I got when I tried it was that I, Neo from the Matrix, traveled into the Daredevil world and was killing baddies inside Wilson Fisk’s mansion.

The problem with current games that are made for regular PC’s is that they often just disregard gameplay for better graphics, bigger explosions, more eyegasm stuff… While it’s not necessarly bad, seeing something innovative would be like breath of fresh air.

That’s exactly what Superhot VR does.

Some games are just like drugs, you can’t NOT like it. Superhot VR is an easy game to showcase to others also. When your friends or parents play it, you can see from their reactions that they get hooked to it. And when that happens, it truly shows that a great game is made.

There are some things you should know though. I have a theory that Superhot VR is an elaborate developer plan just to make us work out. If you were to play it for a whole month, 2 hours a day, you’d probably lose 20-30 pounds. It is exhausting! All the movement left to right, up and down makes you sweat buckets.

It really builds your core the right way. For cardio exercise, I remember playing a VR boxing game ‘Thrill of The Fight‘ each day, and it was great for my physical health. Superhot VR does the exact same thing. I am truly glad that gaming is slowly but surely moving away from seats and gets us up. At the end, it may even turn out that gaming is one of the healthiest activities you’ll be doing at home.

Things to be Aware of.

There is a way to play Superhot VR for free.

Just buy the game, finish it in less than two hours, refund it, and go on with your life…

Well, obviously, I am kidding, don’t refund it. When the game is good, showing gratitude is important, especially when VR is so young. But this example does lead to my point that Superhot VR is a bit too short and needs to be longer. It does encourage you to replay it to get better results, but it still feels like the game ended too quickly. Luckily, there are a lot of post-game challenge that you can try that also has a leaderboard to show you how well you actually did compared to others.

What Game Devs Need to Learn From SuperHot VR

It’s all originality, gameplay, and the level of competition.

I see too many game titles released right now for virtual reality that doesn’t have anything new to them. Yes, shooting with Touch controllers is fun and it is more or less innovative, but that kind of gameplay is currently too saturated.

You have to take notes from Superhot and how it took something good, and added its own touch to it. It wasn’t even made for virtual reality in the beginning, but over time everyone understood that it was a perfect game for it.

If you were to make something similar to Superhot, I truly believe it would also be successful, however, you will get heat for mimicking another title. It’s just better to think of something new and keep in mind the level of competition for said title.

It’s now hard. After all, VR is still very young despite it being known for years now. Developers have time to think of something awesome.

I applaud Superhot VR for seeing an opportunity and keeping their eyes open to what matters. Graphics don’t matter, especially for Indie devs. It’s the innovation that rewards itself at the end of the day.

Good for them. Should you wish to buy Superhot VR for Oculus Rift and other headsets, you can get it on Steam.