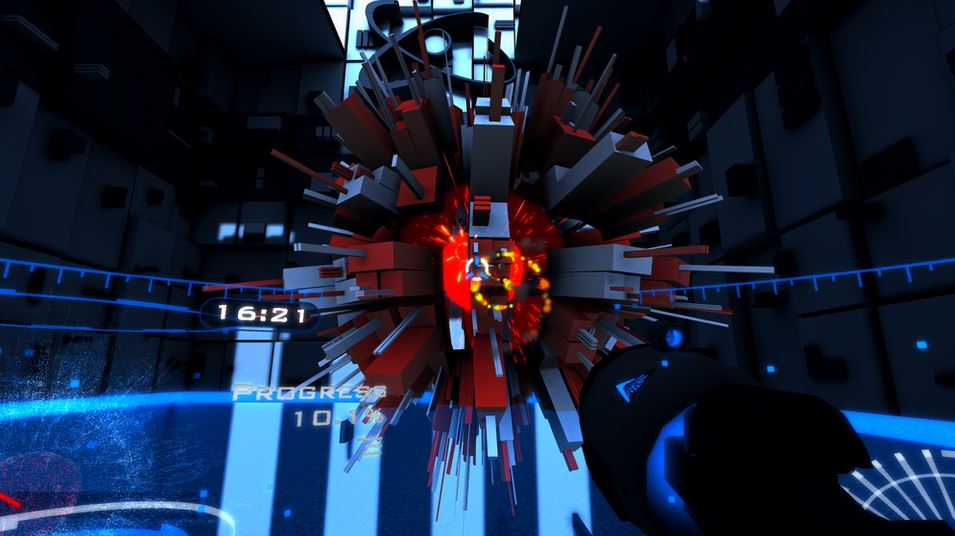 Time Rifters on the Oculus Rift – About – Gameplay

Time Rifter has been developed for the PC monitor, and for the Oculus Rift headset.

It has quite a unique twist to the gameplay. The only game I have seen with the similar idea was in the RESET, but this time it is more of an FPS game than a puzzle solver. Either way it succeeds in entertaining you.

It is considered a singleplayer game which you can play in co-op with yourself. How it works is you start playing as a little dude who can choose a weapon (there are 6 of them) at the start in the lobby. As soon as you enter the arena you have to destroy as many colored boxes as possible. When the time runs out, you will be sent to the beginning of the game while being in another suit. You’ll see your older self shooting, and your job will be to get the remaining boxes. 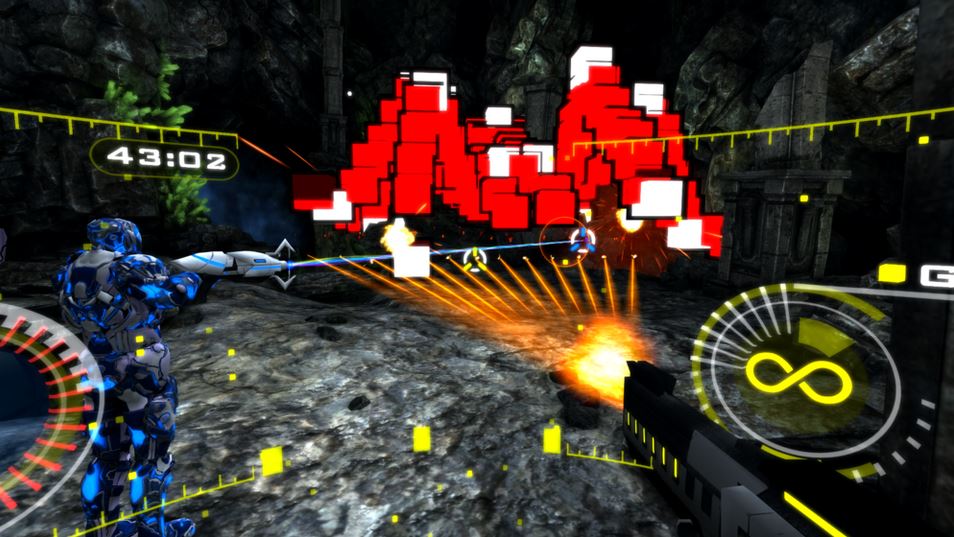 There are many different arenas for you to try, and as you progress in Time Rifters it becomes more difficult to get the prefect score. Sometimes even, those boxes will come together and form a giant entity, like a spider for example. Even though it sounds easy, you have to use some strategy to destroy all the boxes.

If you don’t want to play with your own ghost, you can do co-op with the famous Youtubers who have left their own blueprint for others to play with.

Only problem with this game is that since you are going to be shooting and aiming at the blocks with your own moving face, it can become a little nauseating after some period of time. So if you are a bit sensitive to these kind of things, taking a break is not a bad idea.

Time Rifters reviews were very positive. It is super addictive to play with, and the only downside, apart from the headache, is that it is too short.