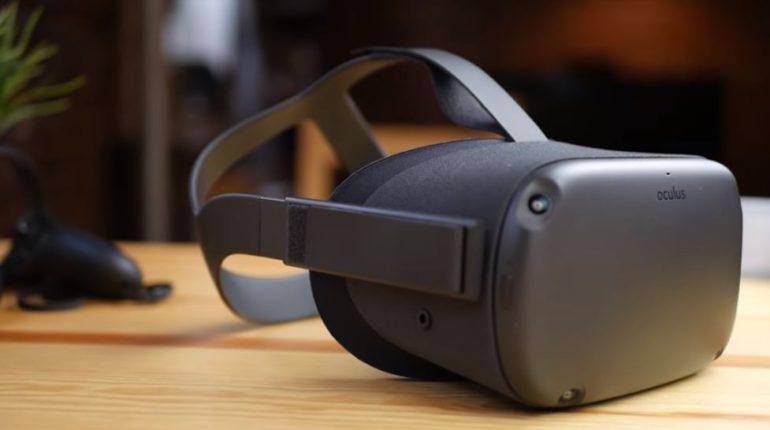 Top 8 Oculus Quest Tips That Will Come in Handy

WARNING: All these Oculus Quest tips MUST be used by you, and the failure in doing so will leave me greatly DISAPPOINTED and the wrath of VR gods will rain down upon you!

Alright, that is how I always wanted to  start the post. Feels good.

Now back to the topic. These Oculus Quest tips I am about to share are mostly safe, and the ones that require caution… are mentioned with the word “caution”. Just in case someone wonders, you know.

I love my Oculus Quest and I truly people to be as comfortable as possible, so this knowledge below is about to make the life of VR users a whole lot easier. 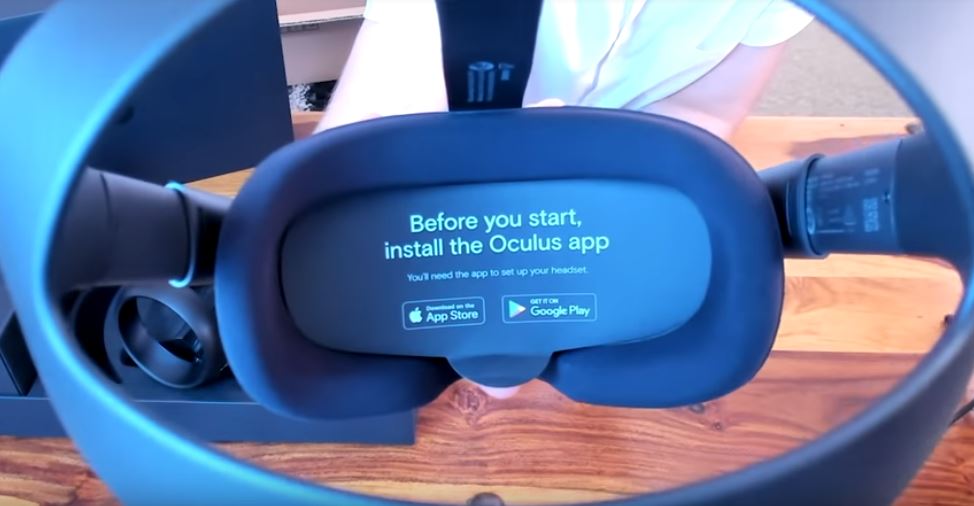 This one, the one that you got when you first unboxed your Oculus Quest. It is a perfect fit and protects your screen from dust, scratches, dirt, and sun.

Protection from the sun is really important because the VR screen is super sensitive to bright light. The lens is like a magnifier, it magnifies on those super small cute pixels on the screen, and over time they get exhausted, overheated, and die. For some reason when I wrote this phrase , all I imagined was as if I let some cute hamster die due to being on the sun too long. But if that’s what it takes to make you protect the screen, so be it.

We all know what it’s like when one pixel is dead on our monitors. It may not be an issue with regular displays, but when the display is 1 cm away from your eyes, any problem will be magnified 10 fold.

So kids, wear a protection.

One thing to note! You will also have to turn off the face detection in settings and manually tap the power button, because otherwise your Quest will not turn off due to an object (face cover) always being in front. The battery will die faster than it takes my father to get some cigarettes from the shop…

I am still waiting.

Once that setting is off, you adjust the sleep timer to 10 minutes, so even if you forget to turn it off, it will do so by itself.

Tip #2: Use straps for Oculus Controllers.

I don’t know about you, but I sometimes think way too long which hand uses what controller.

Here is one example of people trying something different: 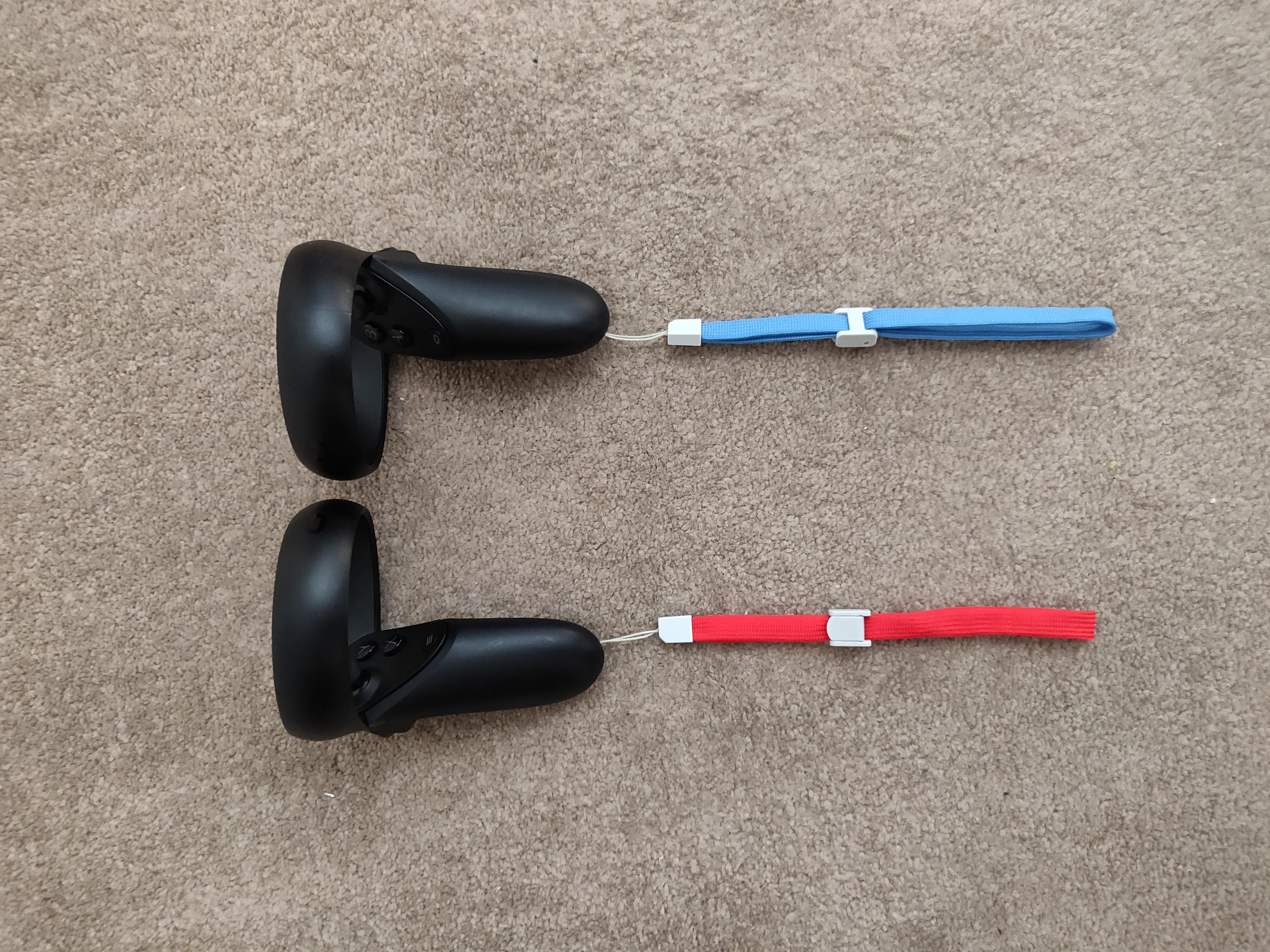 A user in reddit decided to use Wii straps on his Oculus controllers and they work really well. One you remember that, for example, the red strap is for the right hand, you will not be wasting those precious seconds in the beginning.

All is well because that information will be imported from conscious to subconscious.

After all, the batteries that come with Oculus original package have been idle for far too long, and that time might be enough for some of you to feel some occasional freezing. It might be because of the bright light from the sun, like mentioned above, or because it lacks the proper fuel.

Take them out, swap them from the left to the right one, and for most it does seem to do the trick. If that is not enough, buy the new ones.

Tip #4: Use the rechargable batteries.

Tired of buying new batteries every couple of months? Since Oculus ships only non-rechargeable AA batteries, there is really no other choice but to check out these ones, as well as a charger for them:

Get on Amazon
A Charger From Amazon

The charger listed above also has 4 batteries already included, so if you don’t want those extra batteries, don’t even buy them. Just get the charger.

You might not think that you’ll need it, but once your controllers get spotty tracking for the 3rd time, you easily get tired of the hassle. Plus, you save some money since you can recharge the batteries 1000’s of times.

Tip #5: Use external batteries to play more than few hours per charge.

As much as people love Quest, you cannot escape the fact that the need to charge is one big con. At least compared to Oculus Rift.

That’s why this tip is especially useful, and it even adds an extra bonus that I’ll touch in the end.

… you have an option to connect it with USB-C and have it equipped anywhere you want.

Some prefer pockets just because it’s convenient, and some even, have it on their back. 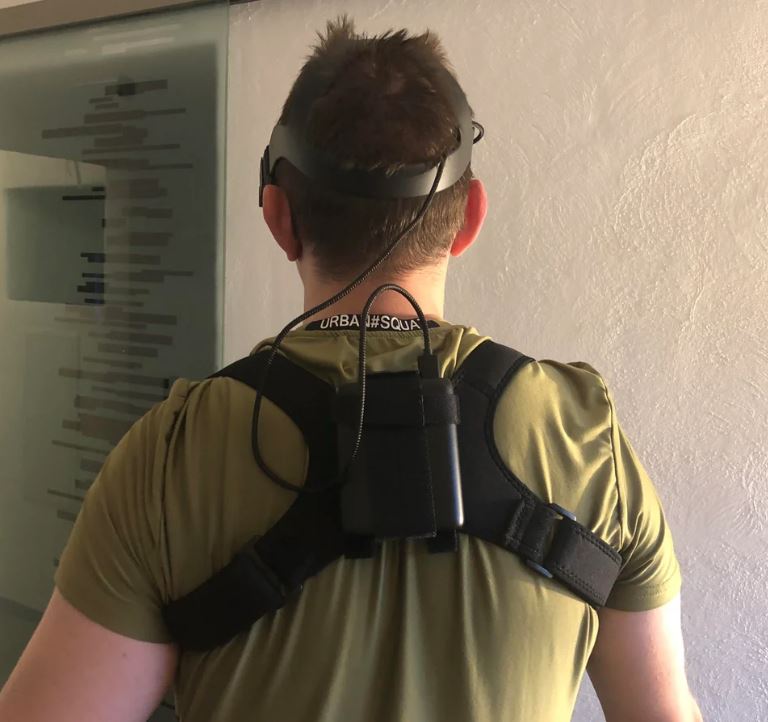 I’d actually recommend you to try it on the back of Oculus Quest, just like here: 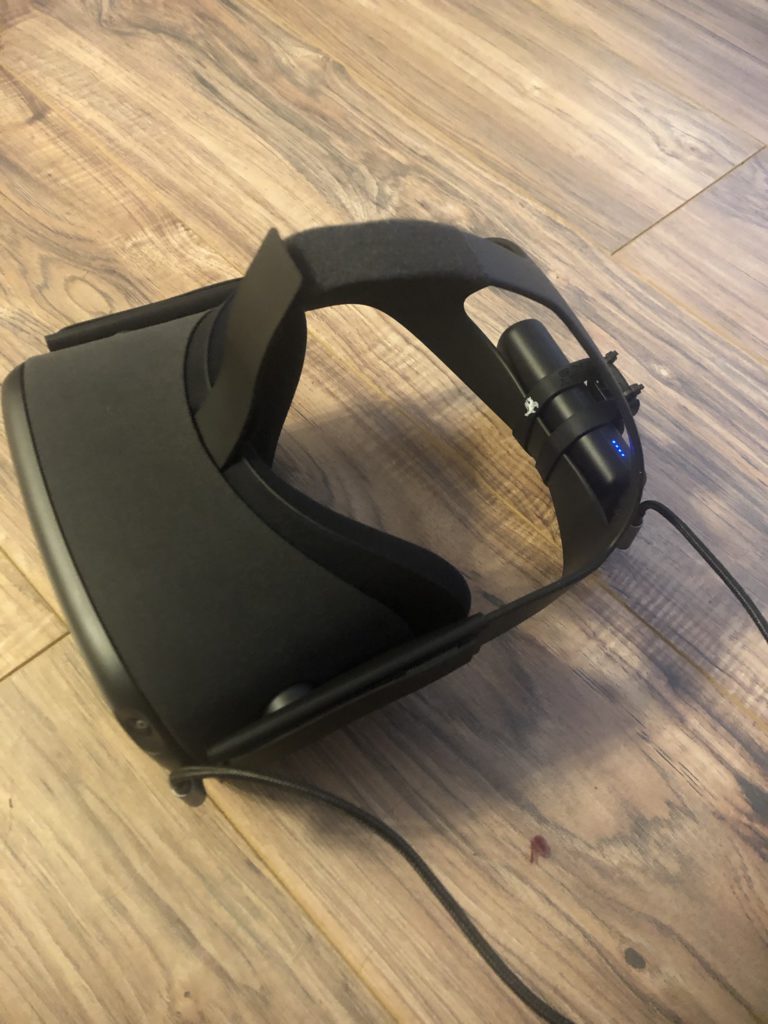 The following option above is good for counterbalancing as well. People have reported it increases the comfort level quickly. Just find a decent strap to hold it in place and you are good to go.

Tip #6: You can disable Guardian for large rooms.

If you are playing in your normal room that doesn’t exceed 7.6m x 7.6m(25ft x 25ft), you are good. You probably won’t be needing it. Nevertheless, it’s good to know if you find yourself with a Quest in a huge room where you can move around without obstacles.

The trick is to put your Oculus Quest into dev mode:

After that, there will be more options in the settings. You go there, turn the Guarding off, and you are done! That is it.

CAUTION: Do it only if you are sure that you don’t need the Guardian.

Tip #7: Use swappable covers when sweating a lot, or sharing your headset.

If you have used VR masks, you’d know how hot it can become. Sweat city 24/7.

Global warming ain’t helping the cause.

That’s why I recommend spending a few bucks on VR Cover. It has been with us since 2015 and has sold tons of them. They have covers for almost any popular headset, and Oculus Quest isn’t an exception.

Recently though, they’ve ran into some issues with the cover not being a perfect fit with Quest due to Oculus making last minute changes without informing them. After speaking directly to them, a new patch should arrive to us in late July/early August.

Trust me, it’s a life saver, especially when you have played an intense game of Beat Saber, and then your friend wants to try it also. Ain’t nobody wants to feel the wetness of other persons face. So if you get the VR Cover, you’ll skip the awkwardness.

You can get it here.

Some apps will be outside Oculus App Store, and there will be no easy way to install them… until now. 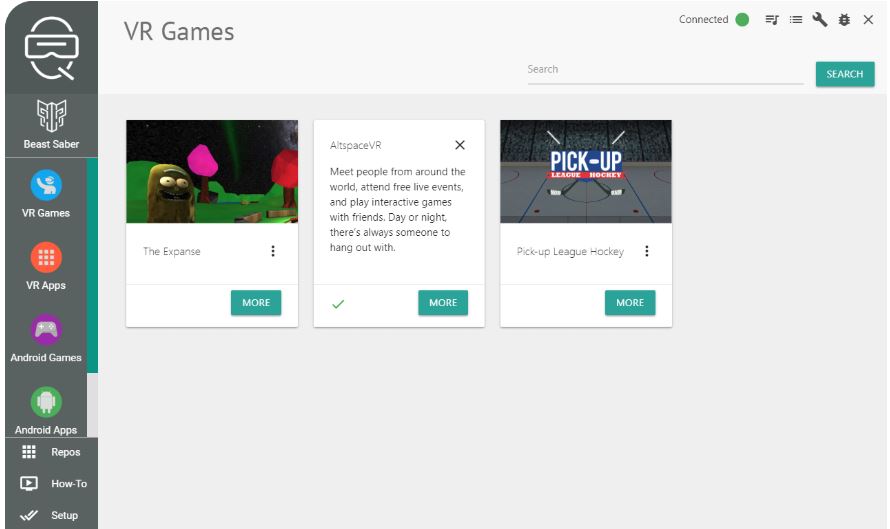 Sideloading is basically a process that lets you recognize an .apk file, and use it either for entertainment, or in case of developers, test their programs on Quest. It is totally legal and the warranty isn’t affected by it. Compared to other ways, Sidequest program makes it super easy as well, and on top of that offers many functions that come in handy. One of them is loading whatever song you want on Beat Saber super quickly.

You can read more from this good article.

Tip #8 Mirror whatever you see through your phone to any screen.

Currently, there is an issue of casting the display on monitors or TV. But it can be fixed by doing a little workaround.

But, casting to a phone is fairly simple and doesn’t require much. If you have a decent phone, it probably has a cast app of its own. At least on my One Plus, I could do it without any problems. If that is not possible for whatever reason, use an HDMI cable to connect it wherever you want.

I do believe this casting issue is going to be temporary, but until then, phone is your savior.

These were few of the Oculus Quest word of advice that can help you on your VR journey. Over time, more will appear. If you have any to share yourself, leave the comment down below!