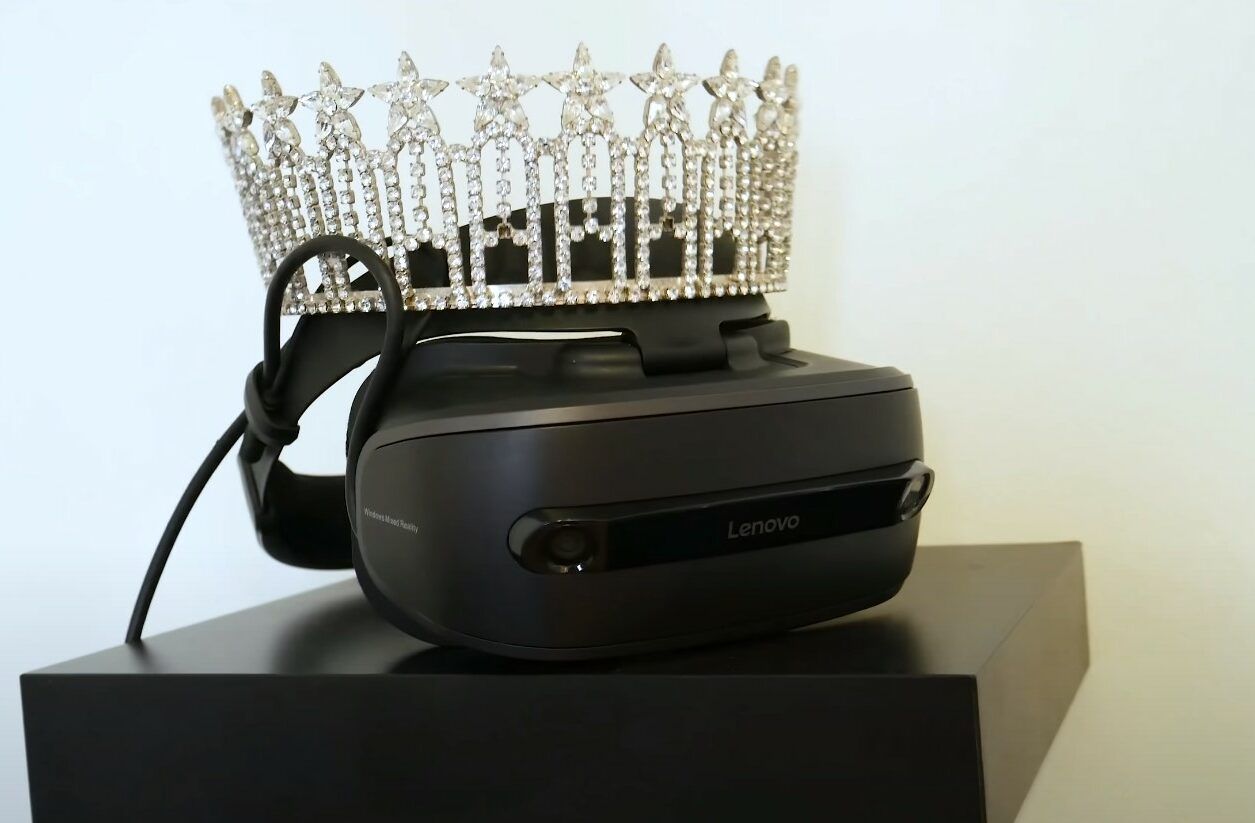 So, you don’t want to squeeze the wallet too much? That is not a problem! To get the default experience of VR, I will recommend to you cheap VR headsets that can be found for 150-300 bucks.

Keep in mind though that with each price tier, there are some sacrifices to make.

The ones below are good enough to play any VR games out there but may lack either in build quality, audio, built-in microphone support, or tracking. Other parts like the field of view, resolution, and comfort are enough to give you a pleasant sense of virtual reality.

All that without breaking a bank. Before, you only had one choice. But that has changed. This is what we got this year: 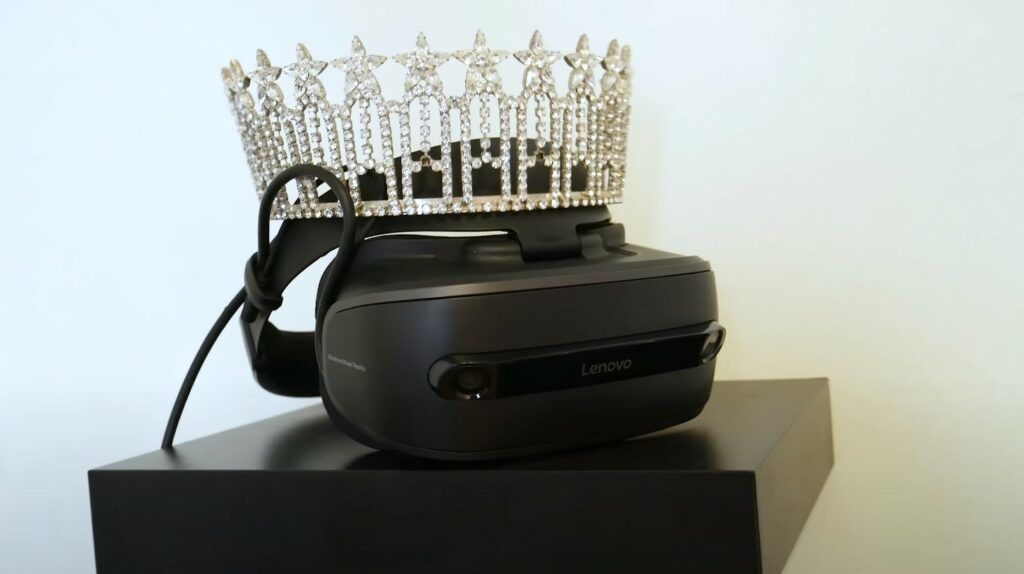 Made and sponsored by Internet Explorer, the slowest browser. Just kidding, actually, Microsoft made Lenovo and as such, it has a big integration with your Windows operating system.

I consider Lenovo Explorer to be the best of them.

The reason? It is one of the lightest headsets. It only weighs 380 grams. Usually, weight determines how premium the quality is, but since with VR you actually want a light headset, Lenovo is the top choice.

As it’s one of the cheapest headsets, there are some drawbacks you should be aware of. Many users complain about tracking quality. Luckily, not the tracking of the headset – the tracking of controllers is what I mean. If you are a first-time user of VR, you probably won’t notice a slight lag in your hand movement in VR. 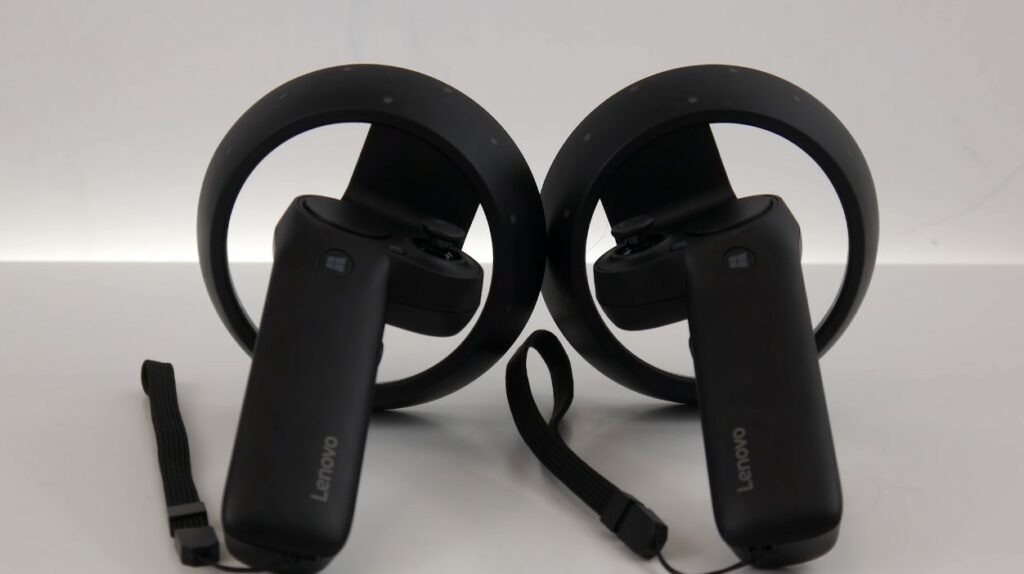 Experienced users who have tried Rift S, for example, may recognize the difference in tracking quality. It is because Oculus Rift S has five cameras installed, but Lenovo has two. In a way, it would feel as if you’ve strapped some weights on your wrists. It is good for training, but not so good for VR.

But you may not even notice it, and considering how much cheaper it is, I would give this Lenovo VR headset a pass in that department.

The display specs are also quite decent. It has 1440×1440 pixels, runs on 90Hz, has 110 degrees of field of view, and is 6DoF. The last part determines whether you can move your head in a 3D space or not. With 6DoF you can, with 3DoF you cannot. If you plan on being a PC gamer and your only goal is to play games, not watch movies, then this headset might be for you.

In conclusion, we can regard Lenovo Explorer as the king of cheap VR headsets, despite its cheap feel. If you have time, you may wait for some sweet deals that lower the cost even more. But right now, you can get it here:

Buy it from here 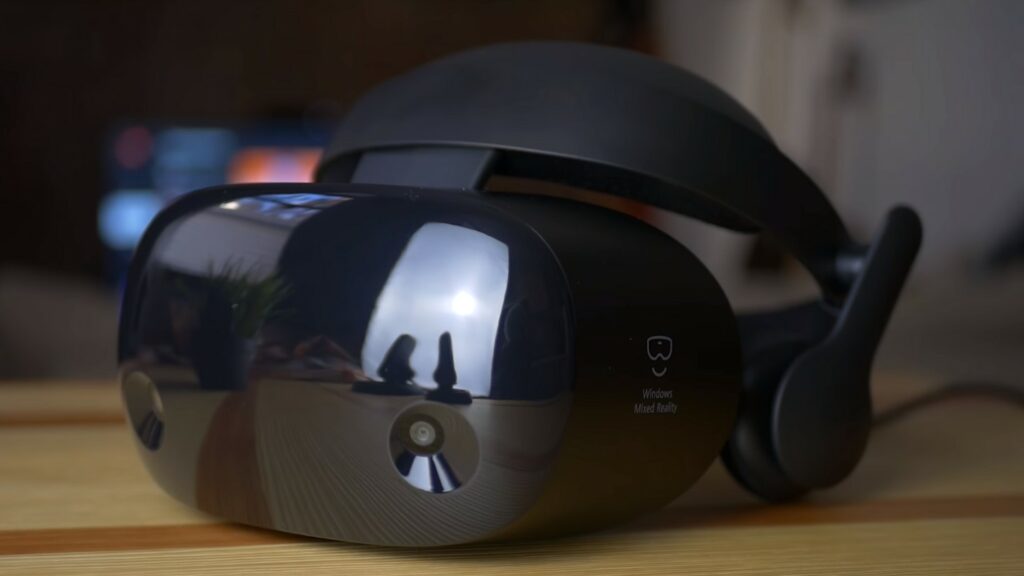 This one is more expensive than Lenovo. It feels premium, and that’s because it is. I would say it’s like a Mercedes of Windows Mixed Reality headsets. Although they belong in the same class as other WMR helmets, it offers much more.

Let’s start with accessories. Headphones and the microphone is built-in. That’s something that only premium headsets have. You won’t have to worry about finding the right audio source or what device to speak to. That means, if you want to rage in Pavlov VR, you can do so without plugging in anything else ;).

Accessories are only part of the appeal. What you see inside is as important. Luckily, I can say the screen door effect where you see individual pixels is at the lowest of all WMR headsets on Odyssey+. The resolution and pixel density are important, but those are only part of the ingredients for good visual clarity. The type of lenses it has plays a great role, and Samsung Odyssey+ does not lack in that department. It has a great display that can even rival Rift S to a degree.

As it has an AMOLED display, Samsung Odyssey+ surpasses Rif S in color vividness. That is one advantage that OLED screens have over LCD. Rift S uses LCD because of the new pixel technology improvements, but that obviously takes away from the color quality. The black levels on Odyssey+ are something else and can feel like your headset isn’t even turned on. That is a huge selling point and may convert many people to Samsung instead of Oculus.

I will write a review of Odyssey+ soon, which will go deeper into the topic. In the meantime, you can get this VR headset here: 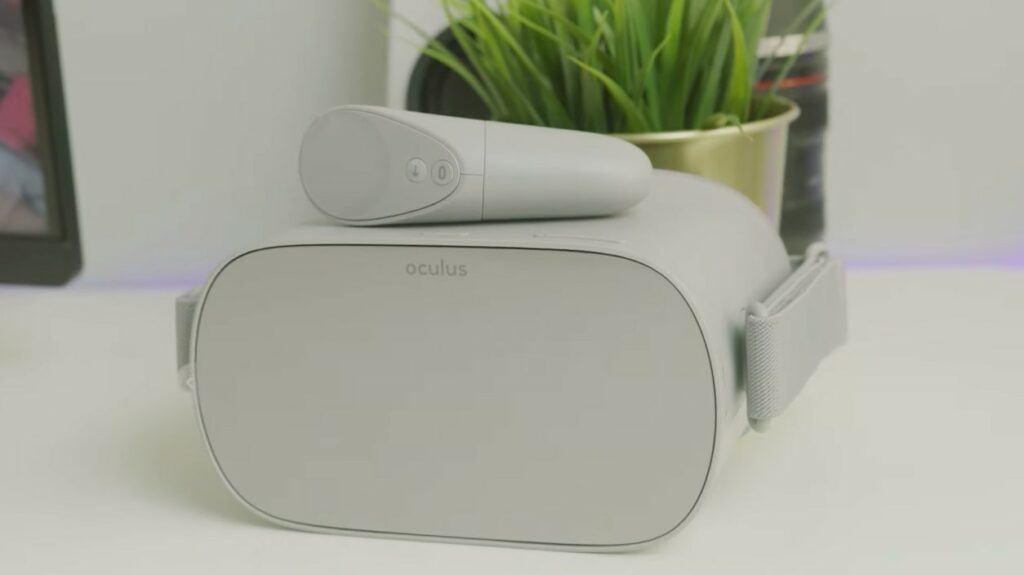 If your goal is to play those VR games that you hear so much about, then stop right here. Do not buy it! Although it can play games – mobile VR ones in this case – I don’t really recommend it to people for gaming entertainment. Not only can’t it run the PC level of quality games, but you handicap yourself by 3 degrees of freedom. Usual VR hardware has 6 degrees of freedom. That means Oculus Go headset position cannot move left or right – it can only rotate.

But, if you are looking for a cheap VR headset for movies, then this one scratches the content viewing itch pretty well.

See, it’s not just a regular 2D movie viewing with this one. For 200 bucks, you can practically buy your own cinema that has unlimited content available. There are better VR headsets for higher resolution, but for this price, I can’t recommend anything other than Oculus Go. On top of that, the beauty of VR is that 3D is now available. Just like in games, if the movie has 3D support, you may watch the content with depth turned on. 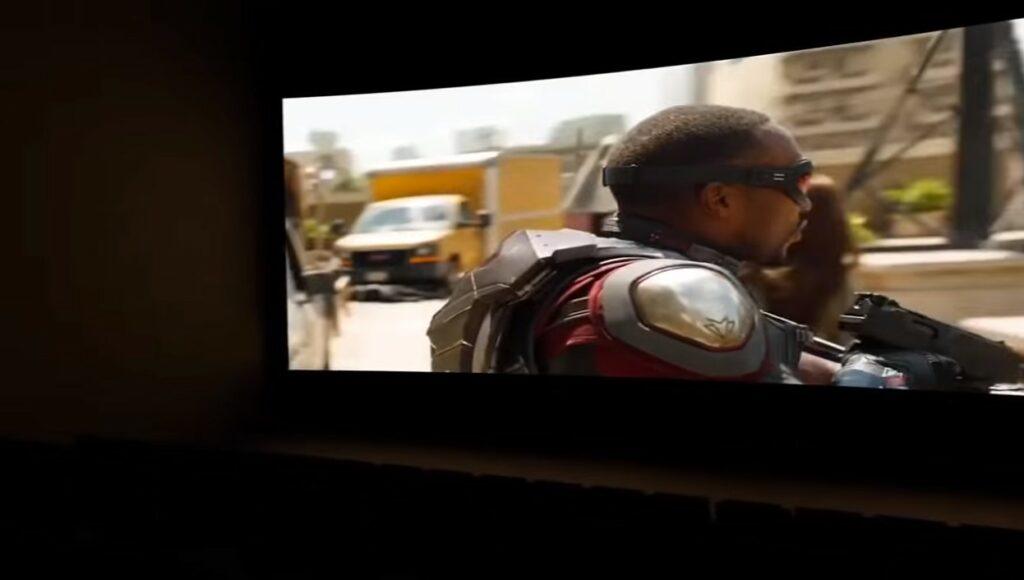 Compared to Lenovo and Odyssey+, the comfort in wearing Oculus Go when you are in bed is also much greater. That makes media consumption a lot easier.

Oculus Go is also popular with people who travel a lot. Because of the light weight and compact design, the portability is one of the best in the VR business.

So as you see, this headset has its own niche in the VR industry. Whether it’s for you, depends on what you want from it. If the movies are important, go for Oculus Go. If you want to focus more on gaming, choose Lenovo. But if the goal is to have the best of both worlds, Odyssey+ might be for you due to excellent display architecture.

Get it from here