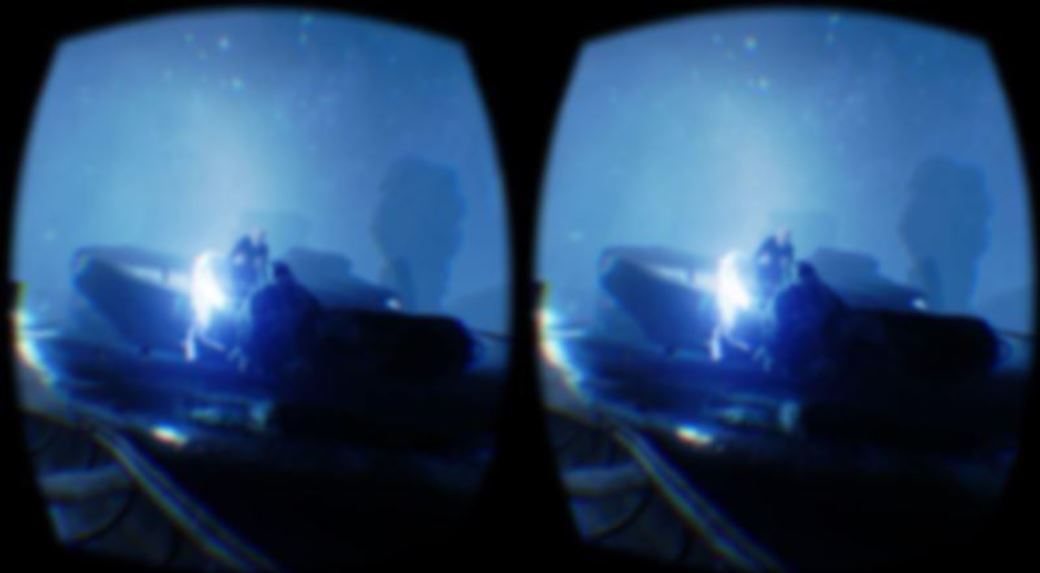 Vision with the Oculus Rift Blurry For You?

So, your Oculus Rift is blurry. Let’s start with the basics:

Why is my Oculus Rift blurry?

I’ll try to give you detailed reasons and solutions for the blurriness.

There might be 8 different reasons why your vision is altered when wearing the Rift headset.

The first issue (the least problematic one) could be that your IPD is wrong.

Let’s start with the first one:

Your IPD is too narrow/wide.

In order to get the perfect vision, your eyes have to be in the center of the lenses. If your IPD (distance between your pupils) is too wide or too narrow, it can cause VR nausea and blur.

With the original Oculus Rift, you can change the distance manually.

With Oculus Rift S, things are done on the software level. I actually do not like that, but at least the IPD is still fixable in the settings menu.

Here is a good article on how to change IPD.

However, for some people, IPD might be lower or higher than usual.

The average IPD for people is around 64mm, but if you surpass the usual spectrum, you might have to do some physical changes to the Oculus Rift to avoid getting blur.

Solution: One of the best ways to get around that is to play around with your IPD outside of your original IPD.

That is how I found out that my IPD measuring skills with the bathroom mirror aren’t exactly accurate. For real, double-check that stuff.

Reason Nr. 2 – Is real-life blurry? Then Oculus Rift will be blurry. 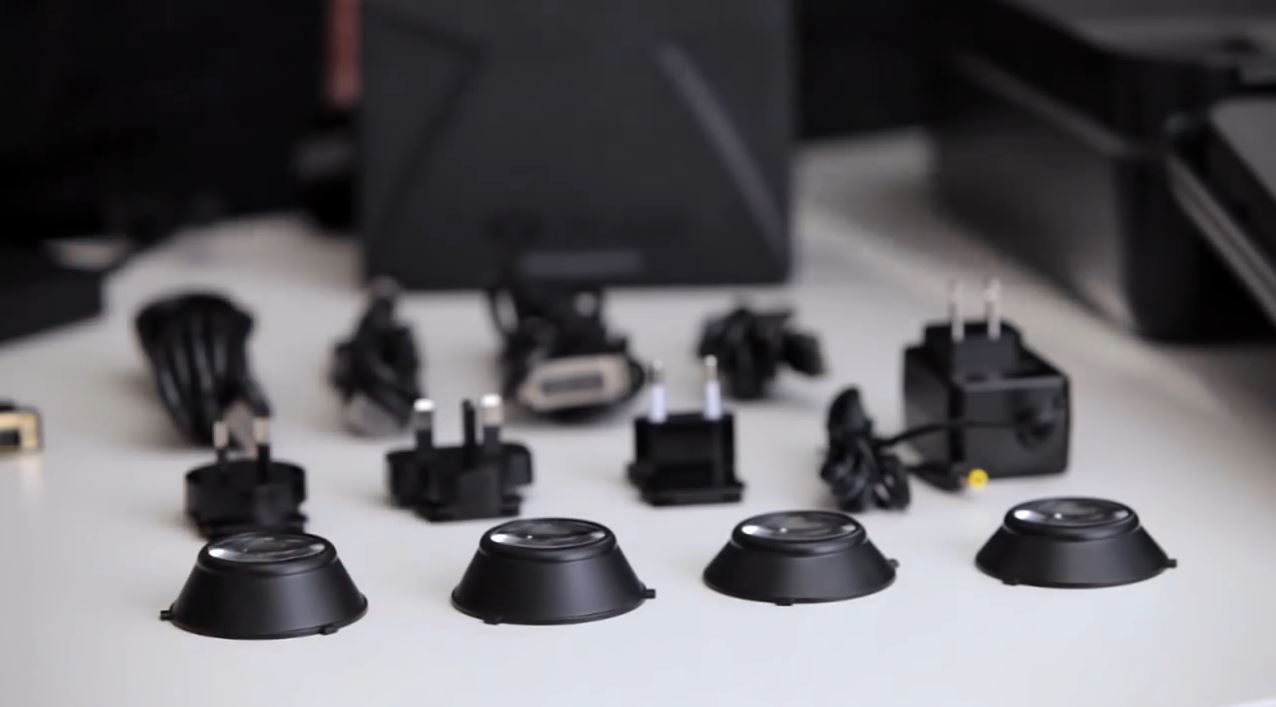 One interesting thing about the Oculus Rift is that if you are nearsighted in real life, you will not be able to see the distance clearly in virtual reality.

That is why people purchase lenses from a third party shop called VR Lens Lab.

Seeing as VR doesn’t fix eyesight, VR lens shops have their own small market out there. I have personally tried VR Lens Lab and they felt great.

Some, however, do not like/can’t use the installed lenses (because of financial reasons). The preferable solution here is:

Solution nr. 1: Wear your own glasses. Here is what Oculus Support says:

Before you wear your Oculus Rift S (note: and Rift CV1) headset with glasses, check to make sure the width and height of your frames are the following sizes:

You can wear your own glasses while wearing the Oculus Rift headset. It can, however, be a bit uncomfortable if you put on your headset.

People with glasses sometimes run into trouble with Rift, especially with the ‘putting on’ and ‘taking off’ aspect of it.

Here is what Oculus Support says further on:

To wear your headset with glasses:

Solution nr. 2 – Time to make use of contact lenses. In the beginning, I actually despised contact lenses because of my underlying fear of touching my eyeballs.

I remember my eye doctor getting impatient with me when I failed to remove my lenses. It took me 45 minutes.

In the end, she tried to take them off herself. That was a no-go for me – if my fingers couldn’t touch my eyes, there was no chance in hell my eyelids would let her near my eyeballs.

Spoiler alert: I got them off.

Now, many years later and I am still using lenses in VR. I see fewer scratches and I don’t suffer from FOV change.

I noticed that I had to rub it with my fingers on my palm as well. Here is how to do it properly.

The haziness that I’ve got from my Oculus Rift in the early days was actually because of my lenses.

Because of that, proper contact lens cleaning is important. Speaking of cleaning:

Many make the mistake of using sleeves to rub the dirt off.

I was one of those suckers.

All I did was smear the fog so that instead of one place, fogginess was beautifully distributed across all the lens area.

It reminds me of that scene with Mr. Bean smearing the bleach solution across the painting.

Solution: Use a microfiber cloth.

In my opinion, Oculus did us dirty by not sending us cloth with the VR headset. If you’d ask me, it is wise to wipe the dirt off the lenses before and after each VR session.

The good news is, they are dirt-cheap. No, I am not making puns on purpose.

My recommendation would be to use this one:

According to TexasMicrofiber, these cloths can be used 500 times with washing.

Your visuals might be cloudy because of resolution and software as well.

The problem with the games that weren’t originally meant for VR is that the menu is oftentimes just unreadable/blurry due to size.

It’s not really a problem from our side, as it is with the game itself, and with the Oculus Rift resolution.

Resolution on the Oculus Rift S isn’t high enough (yet) to give us a clear picture that lets us read the text from any distance. As long as we have to move our heads closer to text, we are going to need better resolution.

There are things that you can do to counter that:

I can’t give you an accurate guide on how to do it because every game is different, so you have to do a manual search in Google to find out.

For example, in Elite: Dangerous (the most common game with blur issues) you have to disable the holo/GUI effects in the graphics options.

Another option is to lower the brightness by changing the HUD color. Some games have that option.

In Half-Life 2, you have to configure the FOV.

In Alien Isolation, turning off shadows has helped some people. 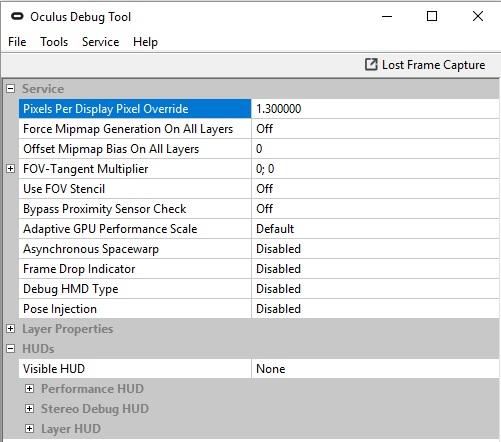 Supersampling was originally meant for developers to find performance glitches, but with Oculus Debug Tool, this has become a regularly used setting for VR’erers like us.

I use it in many games.

What it does is, is quadruples (or doubles) your pixels by changing the density of said pixels within the game. That makes everything much clearer. Blur is decreased as well.

It is best to be used if your PC doesn’t mind the extra load.

If you have problems with performance (not the bed one), I would advise being gentle with increasing the supersampling amount in Oculus Debug Tool.

That should only be used if your fps is close to 90. Otherwise, increased clarity isn’t worth the motion sickness.

To play with supersampling, check out this well-explained article.

This issue does not show up in every Rift device, but it does happen to some.

The best conditions for it are:

That creates that mixture that is perfect for condensation.

Maybe you came running to your VR setup and put it on immediately. Maybe you are just 24/7 hot. There is at least one thing you can do:

Solution: Turn your Rift device on 10 minutes before your VR session.

Rift can get quite warm inside very quickly. Giving it time to run will erase the problem quite efficiently.

By the way, the issue might happen vise versa as well. Maybe you just came home from winter cold and took the Oculus Rift from your brother within a minute.

In that case, I think you know what to do.

Reason nr. 6 – You might be suffering from the Mura Syndrome

The Mura effect can and has been blurred together with the blur, as people don’t really know how to call what they experience. 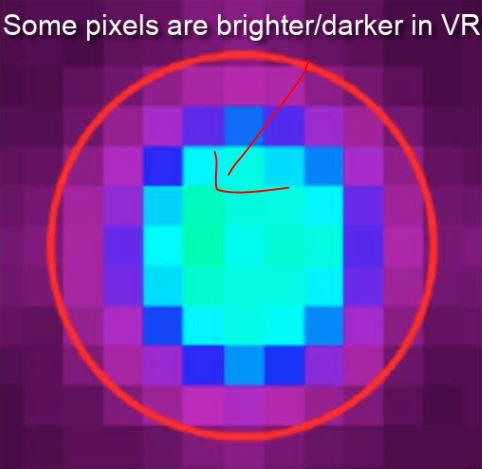 It shows itself by having inconsistent color values within each individual OLED pixel. Add it to the 2,592,000 pixels that you see within your Rift’s field of view, and the effect is quite noticeable.

As you see, that is only with OLED. If you have Rift S, you probably do not experience this effect.

That is because only Oculus Rift CV1 has OLED.

Oculus Rift S has an LCD.

They have their own pros and cons, but the current Mura is suffered mostly by CV1 users.

Solution: One way to reduce this effect is by changing the brightness to a level you can be comfortable with.

We mostly like to use max brightness within VR, but it doesn’t hurt to play around with settings to see what is better.

Solution: Take your Rift device and move it around – Up, down, left, right. Even rotate it if you need it.

Does the picture get clearer? That was the case for me, by the way.

I found out that the biggest contributor to the smear that I experienced was the wrong wearing.

I must once again link this video for instructions on how to wear it, as it packs a lot of information.

One Redditor has also written a great guide for it (I’ve re-written it for clarity):

Reason nr. 8 -Oculus Rift is blurry due to hardware issues

I am not even talking about your particular unit. 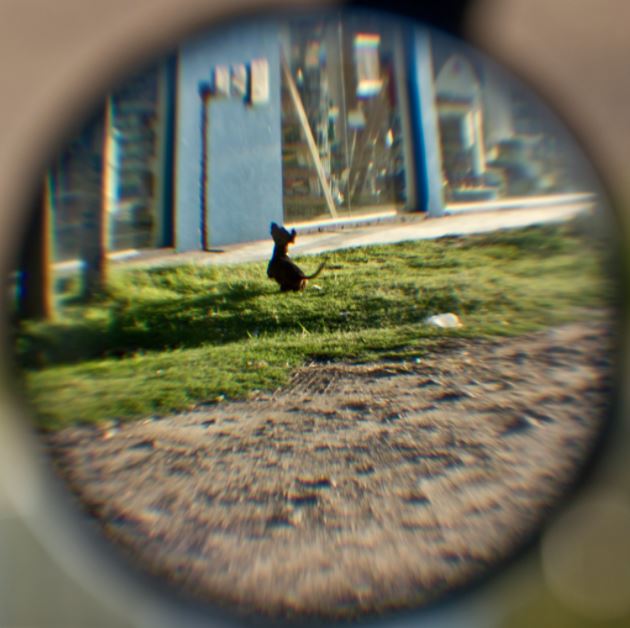 This is a blur-like effect that shows itself in the corners of VR lenses.

HTC Vive is one of the biggest sufferers of this effect.

In fact, it was so bad that some started sending VR units back, thinking they got a faulty unit.

Oculus Rift and Rift S also have that problem, but it’s not as visible. We still cannot really do anything about it.

The only slight fix could be to try the previous method that I’ve discussed with readjusting your HMD. That does not eliminate but does lessen the issue.

Over time, I am sure that Oculus and all the other VR companies will come up with better lenses that eliminate not only blurriness but color and resolution concerns as well.

If any of these tips helped you, leave a comment. Comment if you have any other tips to give for Oculus Rift users with blur issues!

If you liked this article, please consider following me or sharing the article. It helps me out the most!