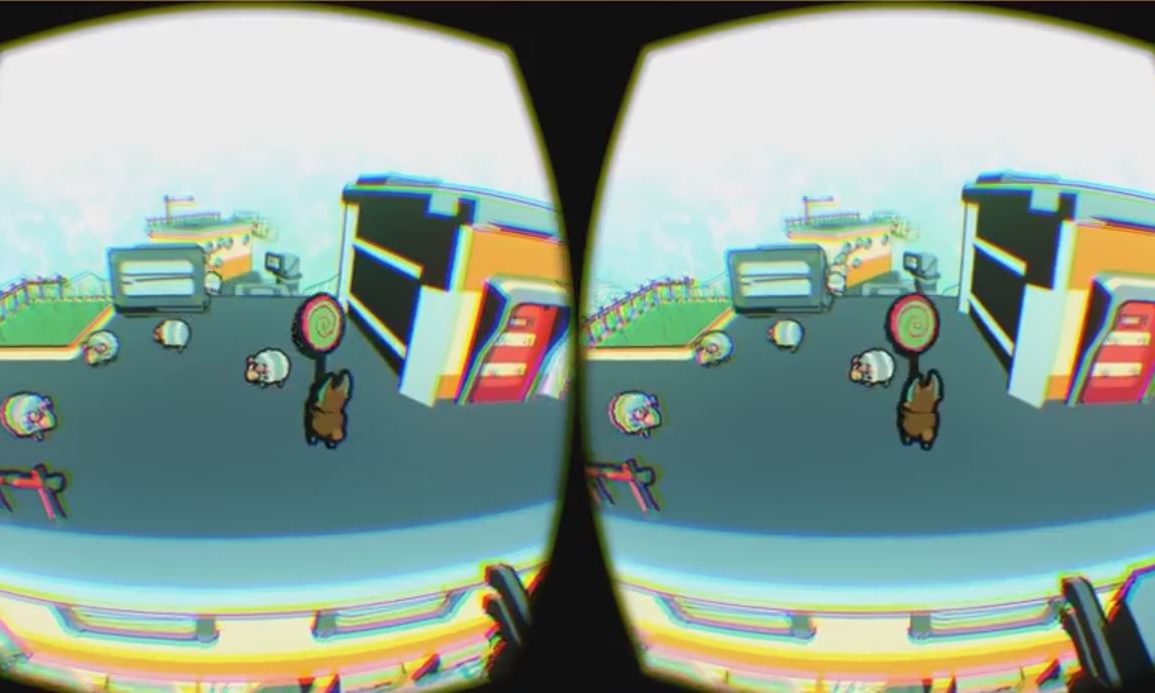 Lollihop is simple. Lollihop is cute. And Lollihop is short in terms of gameplay. When you start the game you are immediately thrown into starting area. If I am not mistaken, you play as a koala (?).

He holds onto his sticky lollipop as if his life depends on it. He will use it to climb, hold onto platforms, stick random sheep to his lollipop and throw them far away. Lollihop has its own simple sense of humor and design. I mean, why sheep? They are just walking around, minding their own business, and suddenly they are glued to your lollipop with no warning. 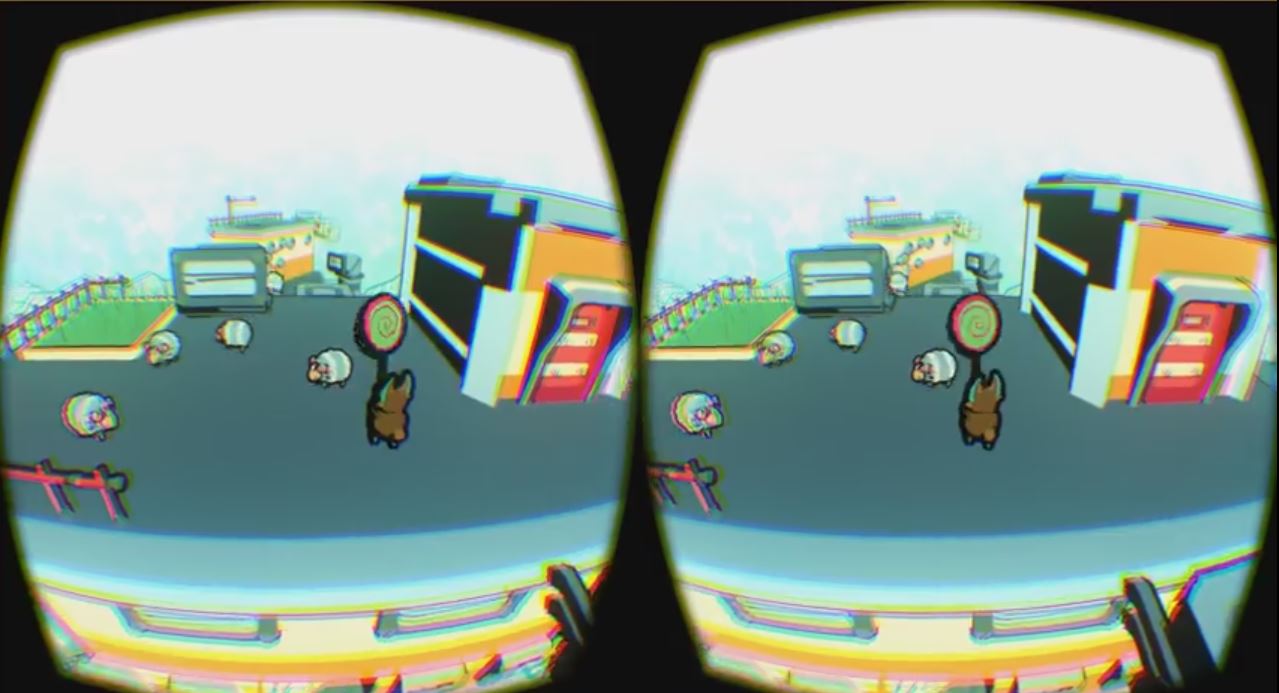 The style of Lollihop reminds me of Borderlands 2 a bit, mainly due to lined textures. There is no motion sickness, at least for me, and it does not lag. As this game is pretty short, I don’t think that there should be problems in that area anyway.

There is no menu in Lollihop. Luckily due to simplicity of the game, everything is explained at the starting area. Also controls are a bit awkward and something that you need to get used to (if you use a keyboard). In Oculus Share, it is recommended to use an Xbox controller.

When you reach the end goal, you are rewarded with some basketball gameplay. That’s when I realized how useful those sheep were…